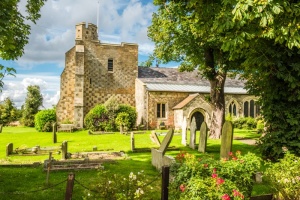 The church of All Saints in the Bedfordshire hamlet of Chalgrave is worth visiting mainly for its wonderful medieval wall paintings. The oldest of these paintings, to be found at the west end of the aisles - probably dates to the late 13th century. It is thought to depict the Twelve Apostles, with each apostle shown life-sized and set beneath a canopy.

One painting shows St Martin on horseback, cutting his cloak with a sword so he can share it with a beggar. In this dramatic scene, the cloak swirls high overhead while part of the fabric drapes on the horse's back. An armorial shield decorates the lower end of the cloak.

These figures tend to be overshadowed by a profusion of later heraldic figures. Some of these figures may be in honour of the Loryng family, local lords in the late 14th century. The church contains a 14th century memorial to Sir Nigel Loryng, or Loring (d. 1386), one of the founding members of the Order of the Garter and hero of the Battle of Sluys.

Sir Nigel was a military hero during the Hundred Years War with France, and his exploits were later dramatised by Sir Arthur Conan Doyle in his 'White Company' novels.

The Loring family owned Chalgrave Manor, on the site of the present Manor Farm.

The first record of a church in Chalgrave comes from the 12th century. The church was manorial and stood beside Chalgrave Castle, far from the village of Chalgrave itself. The Loring family granted the original church to the monks of Dunstable Priory and the Priory built a new church that was dedicated in 1219. Features from that early 13th-century church still survive in the present structure.

One of the first things you notice about All Saints from the outside is the eye-catching west tower, made with a chequerboard pattern of light and dark stone. In 1888 a storm caused the original tower to collapse through the nave roof. The church was restored in 1931 but the tower was truncated to create the rather oddly proportioned structure we see today.

The church was in the news recently when thieves stole lead from both side aisle roofs. It took 18 months of fundraising to gather enough funds to restore this historic building. Perhaps the theft accounts for the fact that on our last visit we found the church locked, with no indication of who to contact for keys. 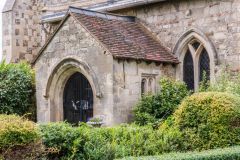 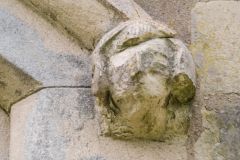 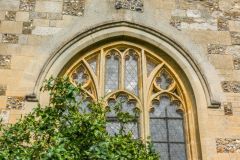 More self catering near Chalgrave

More bed and breakfasts near Chalgrave