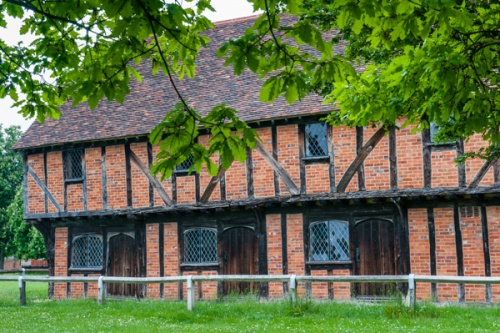 At one end of the village green in Elstow is the old Moot Hall, a picturesque 15th-century building of brick and timber which now houses a museum of 17th-century life with a focus on the life and career of John Bunyan.

The Moot Hall was originally called Green House, and was built by the nuns of Elstow Abbey as a storage building for stalls associated with the annual Elstow Fair. The Abbess of Elstow gained a royal charter for a fair running 4 days from 2-5 May, and the hall also functioned as a court house for hearing disputes arising from the fair.

The Elstow Fair was not like a local village fete, but a large public event, drawing both sellers and buyers from all around the surrounding area. The Abbey earned a lot of money by charging merchants to have a stall, and charging an entrance fee for visitors. It is very likely that the nuns also had a stall, selling produce from the abbey gardens and fishponds. 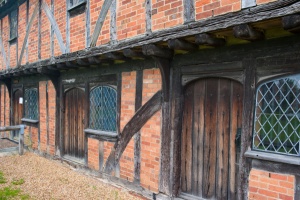 The Hall was made from green timber, hence the name Green House. The fresh-cut timber formed the building's frame, which was then infilled with red brick. Interior partition walls were made from wattle and daub, and the roof was topped with clay tiles.

In the 16th century the Hall was extended to provide a pair of extra bays on the ground floor, providing both extra shop space and 'hospitum', or accommodation for abbey visitors. 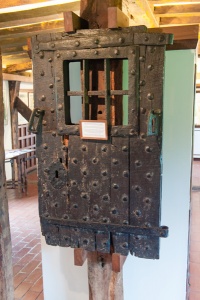 When Henry VIII dissolved Elstow Abbey at the Reformation, the Moot Hall was purchased by Sir Humphrey Radcliffe, then passed to Sir Thomas Hillersden, who built the mansion that bears his name beside the abbey church. Then in 1792 the brewer Samuel Whitbread bough the hall as part of the abbey's estates.

For a time in the 19th century, the hall was used as a chapel and a schoolroom before being restored by the Bedfordshire County Council for the 1951 Festival of Britain. It was opened to the public as a museum of 17th-century life at the Festival.

Today the interior has extensive collections on the life and times of John Bunyan, a native of Elstow, including two doors from Bedford Gaol, where Bunyan was held prisoner and began his writing, and the ancient pulpit from the nearby abbey church where Bunyan worshipped.

In addition to the Bunyan exhibits, there is a wealth of material on the local area, including furniture and household objects. One of the most interesting objects is a Saxon cross shaft discovered set into the east wall of the abbey church in 1967. For a small museum, there really is a lot to see.

I loved visiting; the hall is intriguing as an example of 15th-century timber-framing, and the associations with Bunyan make it an absolute delight. Don't miss the truncated stump of the medieval preaching cross at the far end of the green, and do take the time to explore the abbey church. 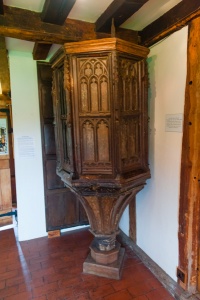 The pulpit from Elstow Abbey 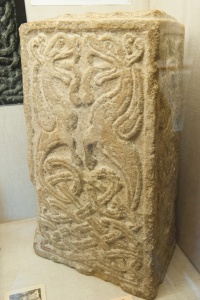 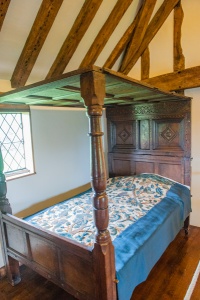 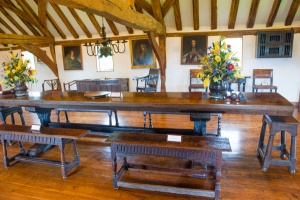 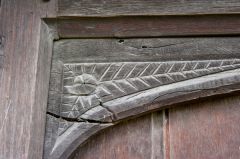