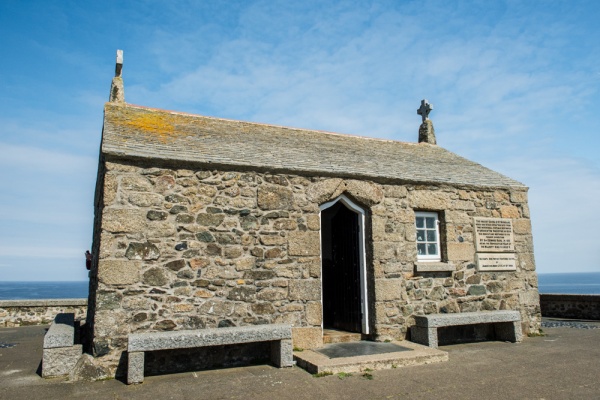 At the top of The Island in St Ives, surrounded on three sides by the sea, stands the medieval chapel of St Nicholas, also known as the Island Chapel (though to be pedantic, The Island is not, in fact, an island at all, but a promontory).

It isn't clear when the chapel was built. It is entirely possible that a timber chapel stood here as early as the 5th century when the first Irish missionaries arrived in this area of Cornwall. We do know that there was a stone chapel on this site in the early medieval period and the present building can be dated to the 14th century on stylistic grounds.

St Nicholas is the patron saint of sailors and the chapel was a focal point of worship for local sailors.

The chapel was always the responsibility of the town authorities. It is built of granite rubble under a slate roof with gable ends. 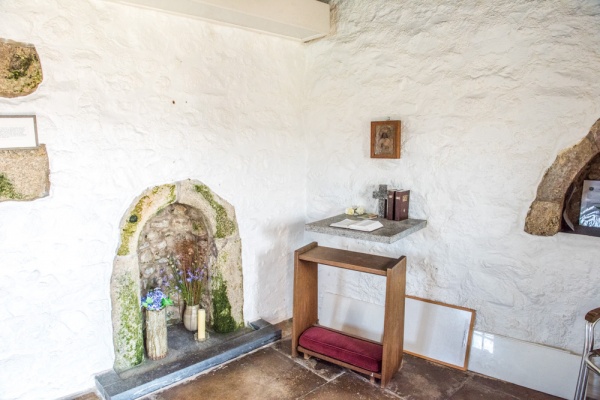 The chapel has been used for many purposes over the years in addition to serving as a place of worship. In the 18th century, it was used as a lookout by revenue officers trying to stop the local smuggling trade. The revenue officers knew that smugglers were using The Island as a landing place for illicit goods, and used the chapel site to spy on the beaches below the hill. In a curious twist, smugglers also used the chapel to keep a close watch for Revenue Men!

It later fell into disuse but was rescued from decay briefly by the War Office who used it as a storage place for the nearby gun battery. In 1904 the chapel was threatened with demolition, but local outcry stopped the destruction before it began and the chapel was restored in 1911 to coincide with the coronation of George V. Local churches agreed to share responsibility for services at St Nicholas, and the chapel is currently used for a short service on Thursday mornings during the summer months.

The interior is restored in the style of a traditional Cornish chapel, with a low round-headed niche in one wall and a small piscina under a pointed arch in the east wall, near a modern altar. A single window looks over the rocks to the north of The Island. The whitewashed interior is exceptionally simple. 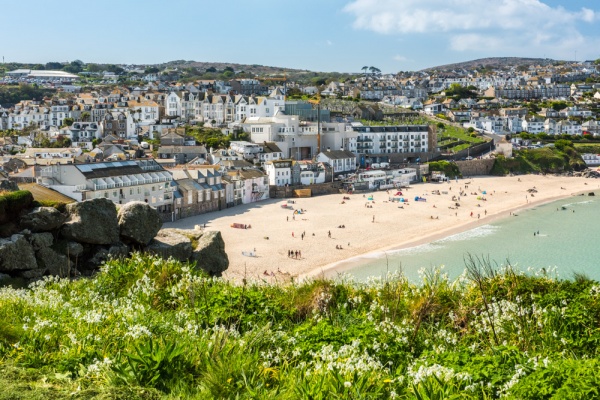 The Wreck of the Alba

At low tide, you can see the remains of a Panamanian steamship called the Alba on the beach just below the chapel. The Alba was carrying a load of coal from Barry to Civitavecchia when it ran aground on Three Brothers Rock in 1938. It is possible that the captain mistook the lights of Porthmeor for the town lights of St Ives.

A lifeboat was launched and all 23 of the Alba crew were taken on board. Unfortunately, the lifeboat was struck by a wave and capsized. Though many of the crew and lifeboatmen managed to clamber back on board, the lifeboat was driven onto the rocks by the waves.

Townsfolk from St Ives then pitched in. Many shone their car headlights onto the shore to illuminate the scene. Others fired a rocket apparatus to the stricken vessel and many of the crew were rescued, while other townsfolk waded into the water to haul the remainder to safety. Five of the Alba's crew were lost in the affair. Two are buried at Barnoon Cemetery, beside Tate St Ives.

The Chapel is open during the summer months under the supervision by a team of volunteers. Donations help maintain the building and aide local charities. It is also used as a wedding venue.

A very short distance to the east stand the remains of the 19th-century battery erected in 1860 to counter the threat of a French invasion. Slightly further east is the old coastguard station. Nearby is the site of a Breton's Hut, so-named because it was used by visiting French fishermen.

St Nicholas' Chapel is a delight to visit. The chapel itself is small and will take only a few minutes to enjoy, but the location is superb, and the views from The Island towards Porthmeor and the town of St Ives are fabulous. There is a large pay and display car park at the foot of The Island but the site is easily reached on foot from the town centre. 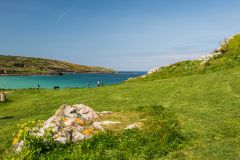 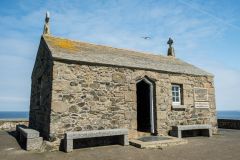 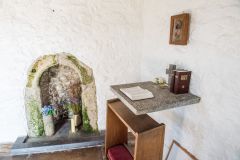 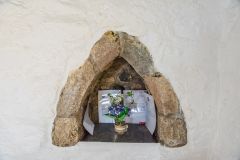 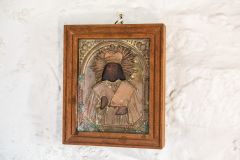 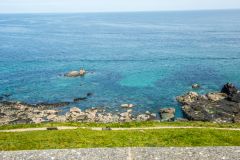 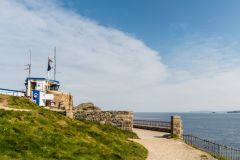