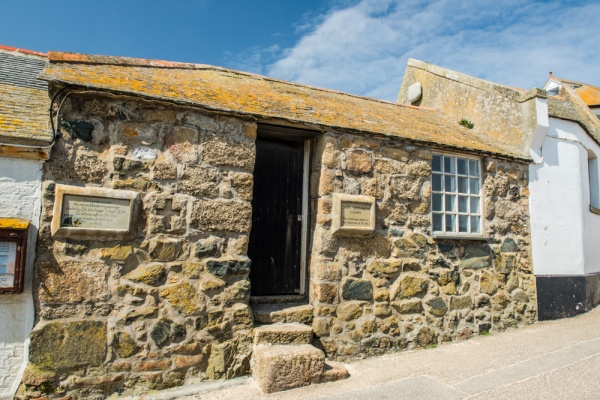 At the entrance to 18th-century Smeaton's Pier stands a small medieval chapel dedicated to St Leonard. St Leonard's Chapel is popularly known as the Fisherman's Chapel, as it served the working fishermen of St Ives who used the nearby harbour.

Fishermen would traditionally use the chapel to pray for a successful voyage when setting out to sea. When they returned safely they would give part of their catch to the chaplain. The chapel also served a very practical purpose; it offered a sheltered place in stormy weather.

The chapel is built of rubble walls under a slate roof, hipped at one end and topped with red ridge tiles. There is a low set of granite steps to the side entrance. To the left of the entrance are a deeply incised cross and a plaque commemorating the voyage of the St Ives lugger Lloyd SS 5, which in 1902 made the 600 mile trip from Scarborough in a record-breaking 50 hours, bringing herring to market in St Ives that had been caught in the North Sea just 3 days earlier. Despite the plaque, other sources claim the record of 50 hours was held by the Mary Stevens SS 5.

In 1971 the historical building was restored and opened as a museum and memorial the fishermen of St Ives. The chapel interior now houses a collection of model fishing boats and is home to a memorial to local fishermen lost at sea.

A very short walk from St Leonard's, on top of The Island, is another chapel dedicated to St Nicholas. It is interesting that there were two small medieval chapels built so near each other. St Leonard's was used by the local fishermen, while St Nicholas' was a focal point for local sailors.

St Leonard's Chapel has limited opening times, but even when it is closed it is worth taking a walk to see, and strolling from the chapel along the historical 18th-century pier. 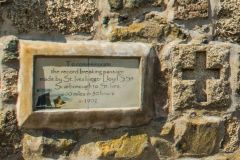 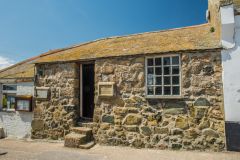