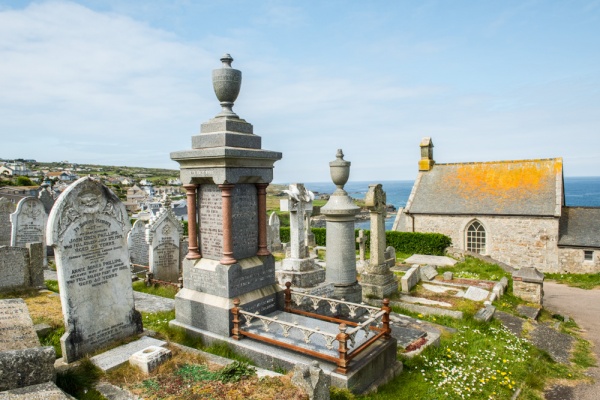 It is rare that a cemetery can be thought of as a tourist attraction, but then, few cemeteries can match the wonderful view offered by Barnoon Cemetery in St Ives. The historical burial ground is set on an exposed hillside overlooking Porthmeor beach, with views towards The Island and St Nicholas Chapel. The cemetery is worth visiting for much more than the superb views; it is crammed with fascinating Victorian tombs and ornately carved gravestones.

Barnoon Cemetery was laid out in 1857 to deal with the growing population of St Ives. There are two chapels of rest, arranged back to back, like mirror images of each other, each with a small bell-cote holding a single bell.

Within the cemetery is the burial place of Stephen Curnow, aged 32, who lost his life when the Titanic hit an iceberg and sank in 1912. William Carbines was another passenger aboard the Titanic. He was buried in his grandparents' grave on 30 May 1912, with over 500 mourners paying their respects.

In an ironic twist, Barnoon Cemetery was used as the setting for the final scene in the 1980 film 'Raise the Titanic'. The film was a box office flop, losing over $33 million, and prompting producer Lew Grade to comment that 'it would have been cheaper to lower the Atlantic'. 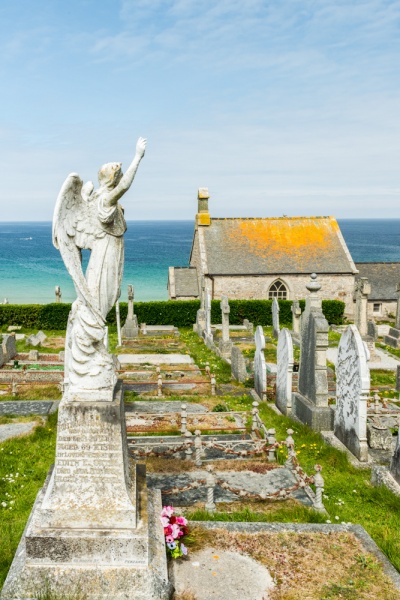 Given St Ives' close links to the sea, it is not surprising that some notable memorials relate to lives lost at sea. One memorial commemorates the crew of the SS Alba, which capsized and sank off The Island in 1938. Two of the Alba's crew perished in saving the ship's passengers.

Another sobering memorial recalls the seven crew members of the St Ives lifeboat who died in St Ives Bay in 1939 while trying to reach a ship in distress. Two of the men were brothers, while a father and son also lost their lives.

Given the history of St Ives as an artist's town it is not surprising that the cemetery is the final resting place for many artists. Among them is Alfred Wallis (d. 1942), one of the most celebrated painters in St Ives history. Wallis was penniless when he died, but his friend Adrian Stokes bought a plot in the cemetery and arranged a Salvation Army funeral. The grave is decorated with ceramic tiles made by Bernard Leach.

The monumental inscriptions of the graves in Barnoon Cemetery have been transcribed and are available from several online resources.

At the north-west corner of the cemetery, at the junction of Porthmeor Hill and Beach Road, is 'Venton Ia', or St Ia's Well, a holy well named after the 5th-century saint who is said to have arrived here from Ireland borne on a huge leaf. The well acted as the main water supply for this area of St Ives until 1843.

The cemetery is very easy to reach from the harbour area and is immediately west of Tate St Ives. There are regular ghost walks through the cemetery, so if you fancy a good scare, come back after dark ... if you dare. 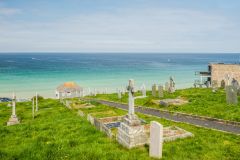 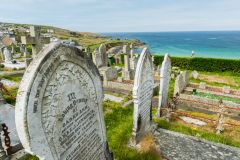 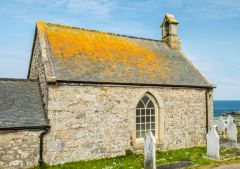 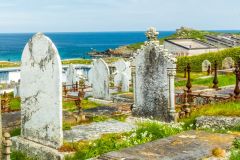 More self catering near Barnoon Cemetery