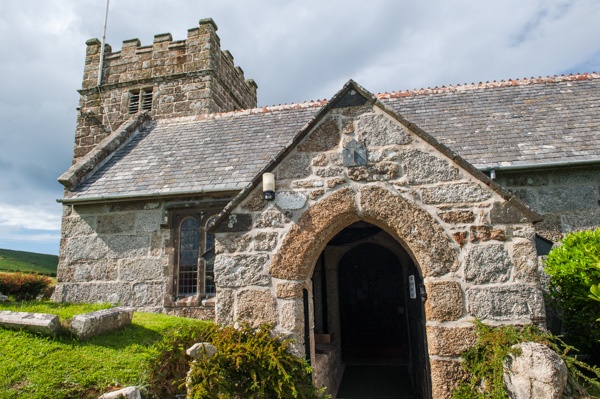 Towednack church is dedicated to St Winwaloe, a 6th-century hermit across the Channel in Brittany. The nave and chancel are 13th century and were built on the site of a Celtic hermitage (that is, the church was not intended to serve a village, which might account for how few houses there are close to the church!).

While the body of the church is earlier, the south aisle was built in 1460 and the stolid tower around 1500. The tower is almost devoid of decoration; there are none of the pinnacles that you can find on other churches in the area.

An old legend accounts for the lack of decoration; it is said that every night the Devil would tear down all the work that masons had done during the day, so that in the end the masons simply gave up and left the tower at its present height. 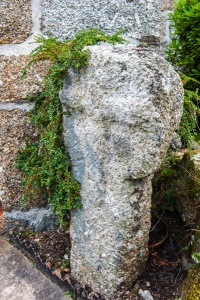 Celtic cross by the porch

To the right (east) of the south porch outer doorway is a small Celtic cross, half-hidden by encroaching foliage when I visited, but you can still clearly see the figure of Christ, arms outstretched. Another, more worn cross, is on the other side of the doorway, almost completely overgrown.

Over the porch gable is a sundial dated 1720 and within the porch is the shaft of another Celtic cross, laid lengthwise to create a bench. The surface is weathered but an incised cross shape is very clear.

Inside the church, the first thing you see is the octagonal font, carved in 1720, with worn faces at the corners. Even more interesting, the font base is a Norman font bowl, turned upside down. The pointed chancel arch is 13th century, and is the only medieval chancel arch in West Cornwall.

The stone altar slab is probably the historic highlight; it is one of the earliest altars in Cornwall, made of local granite, carved with 5 small crosses, symbolising the wounds of Christ. The slab dates to the late Norman period (i.e. sometime around 1200). It was removed from the church at the Reformation, when altars were replaced by wooden communion tables. It was discovered in the early 20th century embedded in a wall at Churchdown Farm. 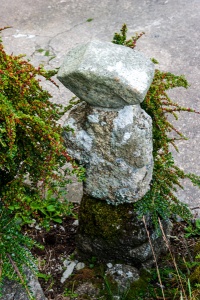 Set on the north wall are a fascinating pair of early 17th-century bench ends. Presumably, the church used to be filled with similar carved bench ends, but only these two have survived. They used to be part of a seat in the chancel, but were stolen from Towednack in 1997. By chance, they were spotted in an auction catalogue and returned to the church. Each panel is carved with a man's profile. The men are very similar, with a large felt hat, pointed beard, and heavy moustache. One carving has the name 'Matthew Trenwith' and the other 'James Trenwith', presumably brothers. Both carvings are dated 1633. The carvings are extremely striking and well worth a close look.

Other interesting features inside the church are a medieval piscina and aumbry in the chancel, and a holy water stoup outside the south door.

Note: Older visitors might recall Towednack church for its role in the TV series Poldark; the church was used for the marriage and burial scenes in 1975. 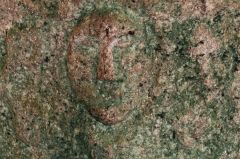 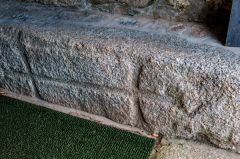 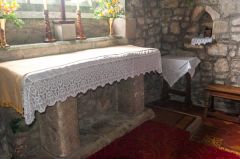 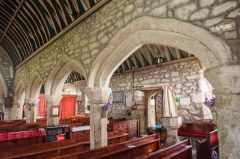 About Towednack
Address: Towednack, Cornwall, England, TR26 3AZ
Attraction Type: Historic Church
Location: Off the B3311 between St Ives and Nancledra, or the B3306 Zennor and St Ives. Open daylight hours, and there is a small parking area beside the church.
Website: Towednack
Location map
OS: SW487380
Photo Credit: David Ross and Britain Express

More self catering near Towednack

More bed and breakfasts near Towednack