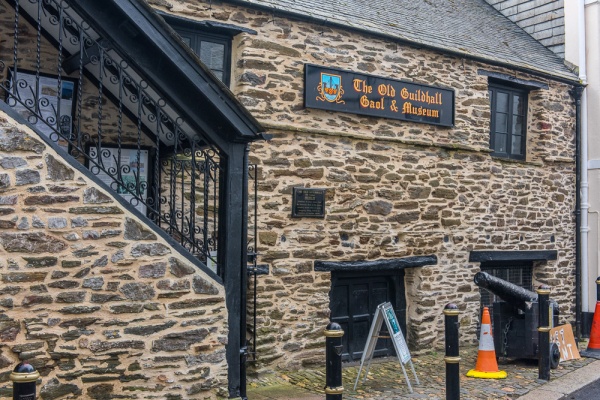 On Higher Market Street in East Looe stands one of the oldest buildings in Looe, a Grade II listed Tudor Guildhall, built in the early 16th century. From 1587 until 1878 the Old Guildhall served as the town hall and magistrate's court until a new purpose-built Victorian Guildhall was built on Fore Street. The Tudor building was then converted to serve as the town museum, with fascinating displays on the heritage of East and West Looe.

The Old Guildhall was built around 1500 and was slightly remodelled in the following century. It has two storeys, with exterior steps up to a gabled porch supported by the old town pillory used as a collar beam. The porch gives access to a hall at first-floor level and steep internal stairs down to another long rectangular chamber below ground level.

In one corner of this below-ground chamber is a small prison cell used as the town lockup. Peek inside the cell and you'll see a 'prisoner' languishing in despair, as no doubt many miscreants did before they were hauled up to the magistrate's court on the first floor to answer for their crimes. The stair is of recent vintage and the prisoners had to reach the courtroom by a steep ladder and trap door. The prison was used until 1830 when it was declared unfit for purpose because there was no exercise space. 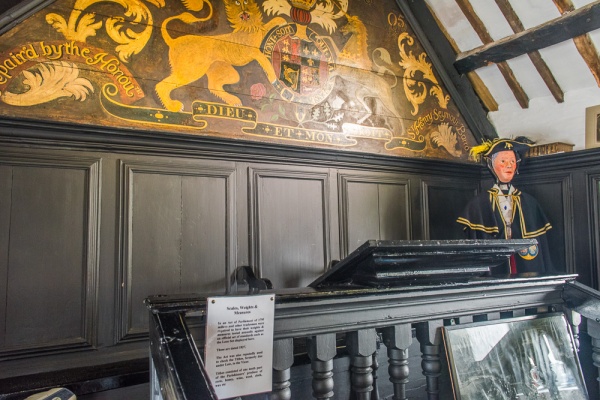 The prison is said to be haunted by the spirit of a young woman named Jennifer. According to legend, Jennifer caught the eye of a town burgess, who came up with an unusual way to get her on her own; he had the young woman thrown into the gaol cell overnight. Poor Jennifer was never seen again, but her ghost is said to haunt the premises, and museum staff acknowledge her presence on entering and leaving.

The magistrate's court was added after Elizabeth I granted East Looe a charter in 1587, allowing the citizens to run their own affairs rather than be ruled as part of Pendrim Manor. A mayor and burgesses were chosen, and they would meet in the upper chamber to administer town affairs. The magistrate's court used the same space and would meet to hear cases of disorderly behaviour, drunkenness, swearing in public, animal trespass, and traders giving short measure.

Shedding light into the first-floor hall are three 17th century mullioned windows with oak lintels. You can see truncated corbels at ground level that supported a projecting pentice roof. The original oak doorway is still in place, and the first-floor hall has a canopied plaster ceiling. 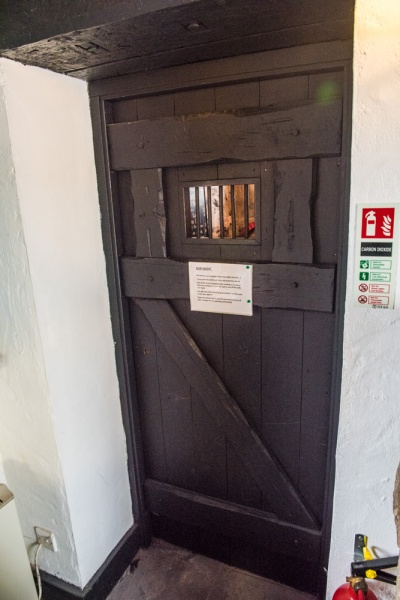 At one end of the hall is a magistrates bench dating to 1705, and on the wall above the magistrate's seat is a royal coat of arms to Queen Anne, also dated 1705. Below the magistrate's bench is a solicitor's table, covered with legal documents. Look for the 'cat o' nine tails' used to inflict very painful punishment on sailors at sea. There is also a scold's bridle and set of stocks.

The upper floor of the museum is a delightful jumble of memorabilia telling the story of Looe and its links to fishing, boat building, and smuggling. See toys, porcelain, model boats, civic regalia and the official weights and measures used to regulate trade. On one wall is a fireplace with an 18th century grate, and the display cases are filled with domestic objects from daily life.

Below stairs there is more of a focus on history and prehistory of the Looe area. There are several prehistoric remains on display, including a mastodon tooth. One exhibit has a fascinating collection of minerals and crystals. Near the bottom of the stairs is The Tregoad Cross, made around 1300 and found built into a stable wall at Tregoad Farmhouse. The face of the cross is carved with an incised figure of Christ on the cross. 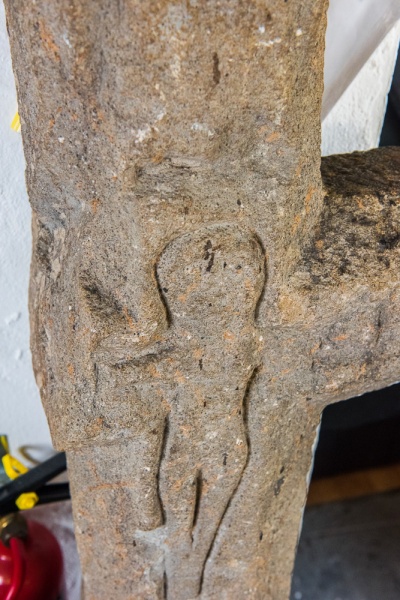 There are fascinating old photographs of life in Looe, including one of circus elephants being led through the town to bathe on Looe Beach. There is a fascinating collection of historic porcelain including several antique China items.

One item that caught my eye was a witch bottle, used as an antidote to witchcraft. During the 17th-18th centuries, people would fill these bottles with cloth, hair, bent nails, and other odd items thought to help ward off witches. The bottle was then buried under buildings, often under the doorway or hearth.

A special section of the museum is devoted to Looe Island, site of an early Christian chapel linked to the Priory at Lamanna. The island was later the haunt of smugglers. 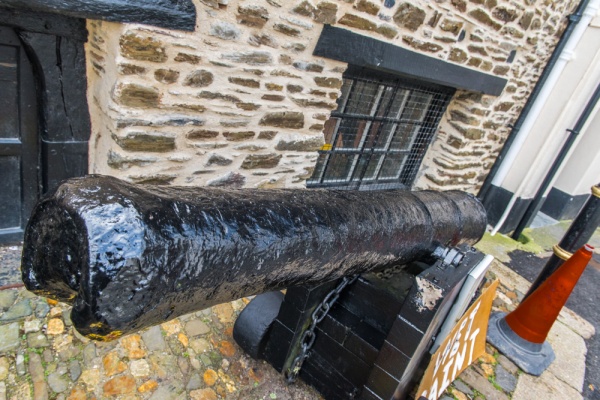 Outside the museum is the Finbaker Cannon, found in Looe Bay in the 19th century. It is thought to have come from a 17th-century Spanish warship. For many years the cannon was upended and used as a bollard on the quayside. It weighs half a ton and is supported by a modern carriage that is an exact replica of an original 17th-century carriage.

The museum is run by a collection of volunteers under the auspices of the East Looe Town Trust. It is open seasonally between spring and autumn, and there is a very small admittance charge.

The museum motto is 'Step through the door, Step back in time', and that sums up the visiting experience very well indeed! 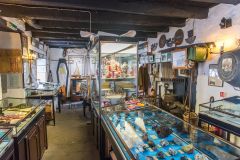 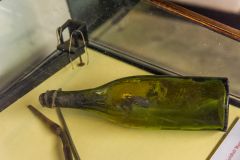 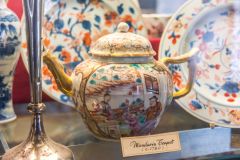 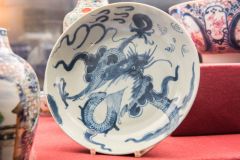