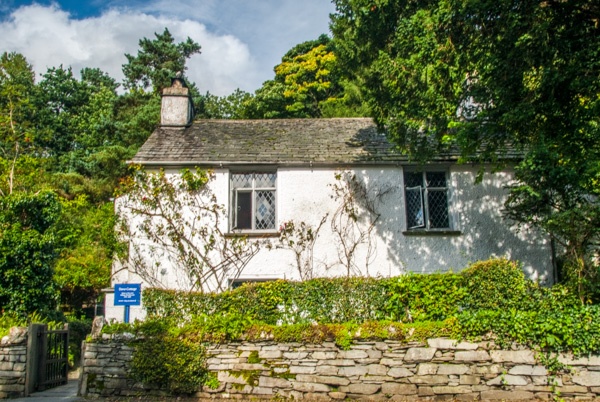 Poet William Wordsworth lived at this simple whitewashed cottage in Grasmere for 14 years, from 1799-1808, and it was here that the most famous of the Lakeland poets wrote some of his most enduring work. 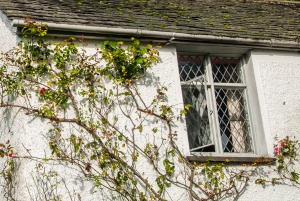 Interestingly, Wordsworth never owned Dove Cottage but rented it for the entire period of his stay. The same is true of the other house most associated with the poet, nearby Rydal Mount, which he also rented. Dove Cottage is full of Wordsworth's personal effects, and the attached museum offers permanent exhibits tracing the poet's life and a series of changing exhibitions throughout the year.

The cottage was built in the early 17th century as a pub called the Dove and Olive Bough. It ceased trading as an inn in 1793, only a half-dozen years or so before Wordsworth rented it. Wordsworth refers to the inn in his poem 'The Waggoner'. It is built of local stone under a slate roof, with limewashed exterior walls.

Wordsworth discovered the cottage in 1799 while out walking with his brother John and fellow poet Samuel Taylor Coleridge. He was looking for a suitable place where he and his sister Dorothy could set up house, and since Dove Cottage was available, he took the lease and moved in with his sister just a few weeks later, paying an annual rent of 5 pounds.

Dorothy kept a journal of their time here, and this 'Grasmere Journal' is on display in the modern museum building beside the house. William often used Dorothy's journal as inspiration for his poems, drawing upon her often intimate portrayal of family life in and around Dove Cottage.

In 1802 the poet married Mary Hutchinson, and 3 of the couple's children were born at Dove Cottage. The arrival of their third child meant that the cottage was no longer large enough to support the growing household, so they moved out to find larger quarters.

It was occupied by a succession of tenants until it was purchased by the Wordsworth Trust in 1890. It opened to visitors the following year and has been one of the most popular tourist destinations in the Lake District for well over a century. 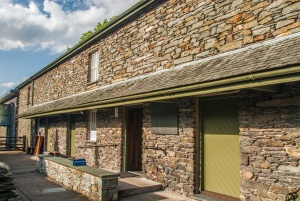 Visiting
Guided tours of the cottage take only 25 minutes, and the intimate garden is open to visitors, weather permitting. A combined admission charge is available that allows entry to both the cottage and museum. I found the short tour very thorough, and extremely interesting; the guide really managed to convey a lot about the cottage and its former inhabitants in a very entertaining fashion.

What is really fascinating is how little the cottage has changed since Wordsworth's stay here. The ground floor is slate, the rooms are heated by coal fires, and the upper floors creak and slope under your feet. The ground floor has wood panelling, darkened with age, a style often used by traditional inns in the Lake District.

Both William and Dorothy worked to create a small garden behind the house. The poet took great pleasure in growing things and used the garden both to grow vegetables for their table, but also as a means of expressing his philosophy of life. It is a gloriously colourful, semi-wild space, with trailing vines and terrace walls, tree stumps sprouting primroses, and a profusion of plant varieties mentioned by the Wordsworths in their poems and letters.

Dove Cottage is very small, so a timed entry system is in effect. If you are visiting in the summer months be aware that you may have to wait to get in, but it is well worth the wait!

More self catering near Dove Cottage