The Royal Academy of Arts 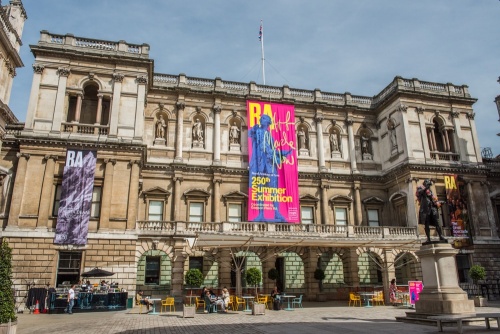 The Royal Academy of Arts, or as it is often abbreviated, the RA, was founded in 1768 by a group of artists headed by portrait painter Joshua Reynolds. Under Reynolds, the academy functioned as a school aimed at teaching drawing, painting, and sculpture to young artists.

The Academy had its roots in private English schools of art popular in the early part of the 18th century. Most prominent of these schools was the St Martin's Lane Academy, headed by William Hogarth.

In 1755 a group of wealthy art enthusiasts calling themselves the Dilletanti Society proposed a national school of the arts to the St Martin's Lane Academy. However, discussions foundered over the thorny question of who would control the school.

At the same time the Society of Artists, a sort of art guild composed of the leading artistic talents of the day, such as Hogarth himself, Joshua Reynolds, and Thomas Gainsborough, was being riven by internal squabbles and petty politics.

The architect William Chambers split from the Society of Artists after losing a battle for the presidency. Chambers used his royal connections to get George III's approval for a new society, to be called the Royal Academy of Arts. Chambers' proposal was accepted in 1768, and the academy itself came into being the following year. 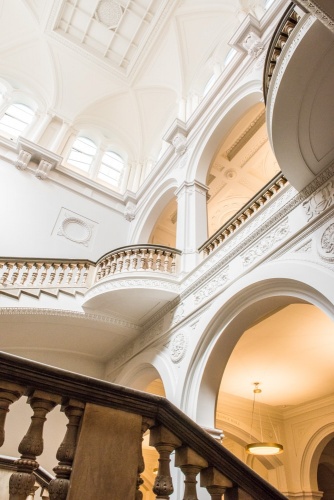 Although the academy was officially under the patronage of King George III (hence the "Royal" in the title), it received no official funding beyond the initial grant for small premises in Pall Mall, and was free to operate in its own way. The Academy was formed of 40 Academicians and 20 Associates. The number of Associates was later increased to 30.

Academy classes were provided free of charge, and scholarships were available to help needy students and to provide opportunities to pursue studies abroad. Lacking royal funding, the Academy survived by charging attendance fees for public exhibitions of work by members.

For the first 3 years of its existence the Academy occupied its quarters in Pall Mall, but in 1771 it moved to Somerset House. In 1837 those premises were required by the government for administrative offices, so the Academy moved to Trafalgar Square, where it shared building space with the National Gallery. In 1868 it made a final move to permanent quarters at Burlington House. 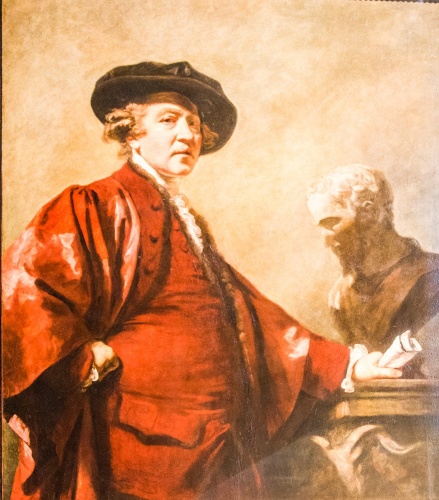 Aside from its avowed aims as an art school, the Academy offered aspiring artists the chance to make a name for themselves by sponsoring an annual Summer Exhibition. This juried exhibition, held from May to August, acted as a launching pad for numerous prominent artists. Some artists who attended the Royal Academy include William Blake and JMW Turner.

The Royal Academy has extended its mandate over the years since its founding. Now, in addition to teaching classes, the RA hosts regular exhibitions of artwork drawn from around the world.

As such, it is one of the most prestigious art galleries in the world, and it continues its instruction of approximately 60 young and aspiring artists each year. Although the RA has been criticized in the past for its conservative approach, it remains one of the most influential teaching and exhibition centres of the art world. 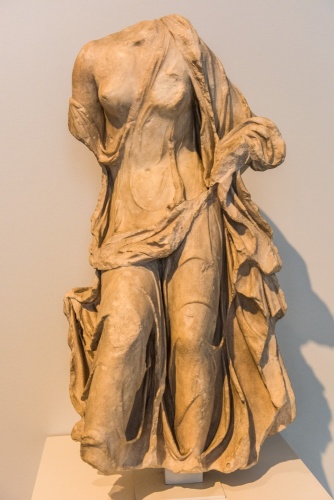 The RA's gallery space holds a wonderful collection of historic pieces of art dating to classical Greece, as well as temporary exhibits of art by new and emerging artists. The permanent galleries hold traditional works by former members such as Gainsborough and Reynolds, while the modern art exhibits are anything but traditional, and in recent years have stretched into conceptual art installations rather than more traditional painting and sculpture.

The Academy owns numerous plaster casts of ancient sculptures, but the only original antique sculpture in the RA Collection is the Draped Female Figure, attributed to Timotheus and created c. 375-350 BC. The figure is thought to represent a nymph, clothed in almost transparent drapery. The sculpture may have been part of the Temple of Asklepios in Greece.

The largest work in the Collection is a series of three murals by Sir James Thornhill (1675-1734), copying an earlier work by Raphael. Thornhill is perhaps most famous for the extraordinary ceiling in the Painted Hall at the Old Royal Naval College in Greenwich.

The nearest tube station is Green Park. From the station exit turn north-east along Piccadilly. The entrance to the Royal Academy is via a courtyard just past Burlington Arcade. From the station to the RA is no more than 5 minutes easy walk. 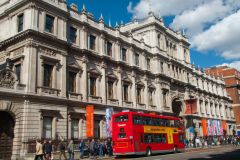 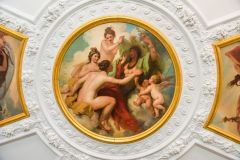 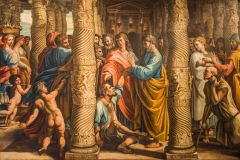 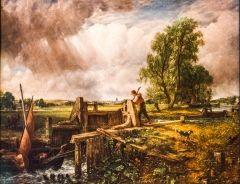 More self catering near Royal Academy