HERITAGE HIGHLIGHTS:   One of the finest Tudor merchant's houses in England. Superb woodwork. 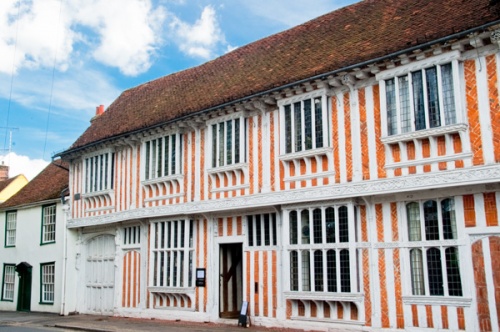 Paycockes has been called one of the most attractive timber-framed houses in England. I'd say that's just about spot on! This lovely half-timbered merchant's house dates to the early 16th century, adapting an existing medieval hall.

The house was altered around 1600 and again in the 18th century. It was built by Thomas Paycocke for his new bride, Margaret Harrold, and the initials of both bridge and groom are carved in several places on the exterior and interior of the house. Margaret died before the couple could have any children and Thomas remarried, but the original initials stayed in place.

You can also carvings of the ermine tail emblem adopted by the Paycockes as their symbol. This emblem would have been stamped on cloth bales as a brand mark. Since the ermine was reputed to be a very clean animal, Paycocke was making a statement about the quality and purity of his cloth! It is interesting that the family did not use the peacock for their emblem, as the family name is from the old English for peacock. 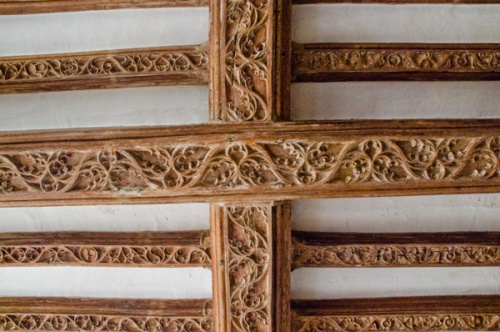 The Paycockes were woollen cloth merchants, and there is a wide gateway facing onto West Street where wagons laden with wool delivered the raw material that would be worked on the premises and turned into cloth for sale.

The house was threatened with destruction when a historian named GF Beaumont stepped in. Then in 1906, it was sold to Lord Noel Buxton, a descendent of the same Buxton family who had owned the house in the 16th century. Under Buxton's direction, the interiors were restored by a local woodcarver.

Outbuildings were pulled down to create garden views from the house. Buxton commissioned Tudor style furnishings to create what he believed to be an authentic period style of the original house. He also commissioned two new carved figures for the entrance door; these look so authentic that I was fooled into thinking them original.

The restoration took 20 years, but most of the major work was complete by 1910. In 1923 the composer Gustav Holst visited Paycockes as a friend of Conrad Noel, Lord Noel Buxton's cousin. The composer's daughter Imogen recorded that the house 'was a delight'. It still is. 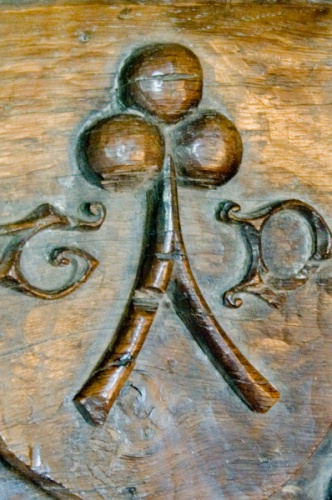 The interior of Paycockes is a symphony of beautifully carved wooden beams and linenfold wall panelling, reflecting the wealth generated by the medieval wool trade. Now that sounds all very fine, but it is only when you actually walk into the house and look up at the amazing wooden beams above your head that it hits home just how beautiful the carvings are. If ever Tudor woodwork could be described as a work of art it is here at Paycockes.

This is because the carving was used by Thomas Paycocke to impress visitors with his wealth and social standing. So it was reserved for the main rooms where guests would enter and be entertained.

On display in the interior are examples of Coggeshall lace. Behind the house is a lovely cottage garden which has been planted in the style of the 16th century. 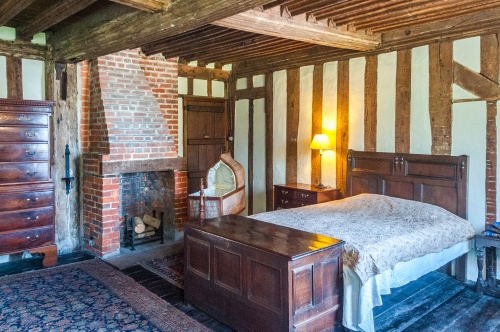 This is one of the most impressive Tudor houses I've had the pleasure of visiting. The rooms at the front of the house are truly impressive, with wonderful carved beams and panelling. The garden is an absolute delight, especially on a sunny day.

And while you're visiting Coggeshall don't forget to drop in at the wonderful medieval tithe barn, also owned by the National Trust. It's a fair walk between the properties, but worth it. There is good parking at the barn, and not much near Paycockes, so I recommend parking at the barn and strolling down to Paycockes from there. You won't regret it! 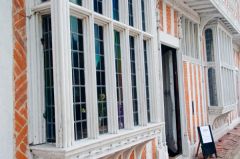 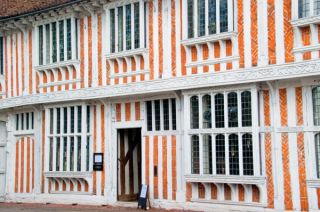 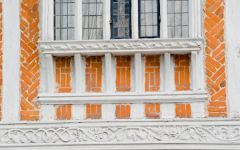 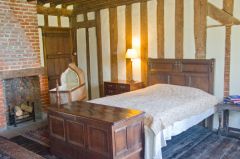 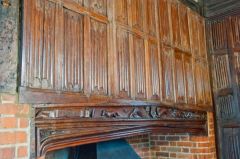 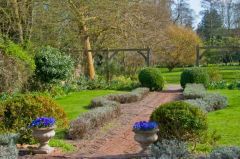 More self catering near Paycockes

More bed and breakfasts near Paycockes