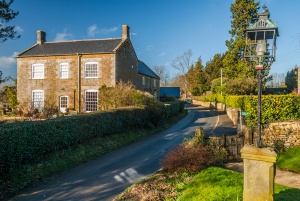 Wyck Rissington is a lovely little Cotswold village set in a low valley just south of Stow on the Wold. Notable for its very wide and long village green and the 13th-century church where composer Gustav Holst was once the organist.

The name Wyck Rissington originates from the Saxon 'wic' for a small farm, and 'hrisen dun', meaning a hill overgrown with thickets of wood. The village was mentioned in the Domesday Book as belonging to the Norman knight Roger de Lacy. The entry reads.

The same Roger holds Wyck Rissington, and Hugh holds of him. There are 8 hides paying geld. Alweard and Eskil and Alweard and Wulfwig held them as 4 manors. In demesne are 7 ploughs and 4 villans with 2 ploughs. There are 12 slaves and 2 female slaves. There is a mill rendering 10s. It is and was worth £7 and £10. 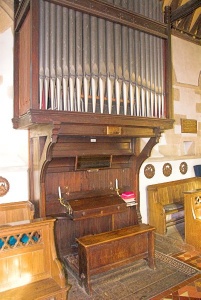 The most famous resident of Wyck Rissington was composer Gustav Holst. In 1892, at the age of only 17, Holst became the organist and choirmaster at St Laurence's church, a post he held for only one year. The organ at which Holst played resides in the church chancel.

The church dates to the 12th century, with a squat battlemented tower rising on a base over 9 feet thick. In the chancel are 16th-century wooden panels showing the Mysteries of the Gospels. Behind the churchyard, the Oxfordshire Way footpath runs along the valley floor. 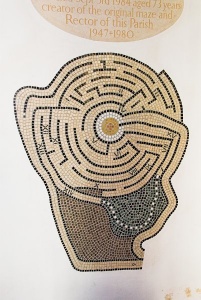 Model of the
Wyck Rissington maze

In the 1950s Canon Harry Charles (rector of Wyck Rissington from 1947 - 1980) had a dream in which he saw a maze. He built the maze in the garden of the rectory, where it was used by Cheales and his visitors as a tool for spiritual growth. On every St Lawrence Day (August 10) Canon Cheales and his parishioners walked the maze and paused at each of 15 waymarked stations for prayer.

When the rectory was sold after Cheales's death the maze was destroyed, but a tile copy of the maze design is set upon the wall of the north aisle, where you can find an information sheet explaining the symbolism of the maze and the different stations sited along the paths that lead through it. 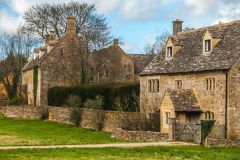 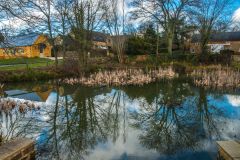 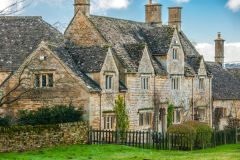 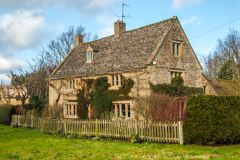 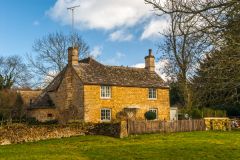 More self catering near Wyck Rissington