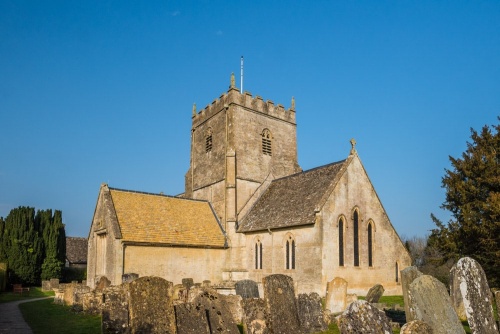 A 12th-century church situated beside the manor house in this lovely Cotswold village.

The situation of St John the Baptist makes for a classic view. To the one side are imposing gateposts which give way to a wide avenue of trees leading to the manor house.

To the other, screened by tall hedges, is a Georgian rectory. In the centre, occupying a small rise, is St John the Baptist church. The oldest parts of the church date from the 12th century. The square central tower, ornamented with battlements and pinnacles, is 15th century. 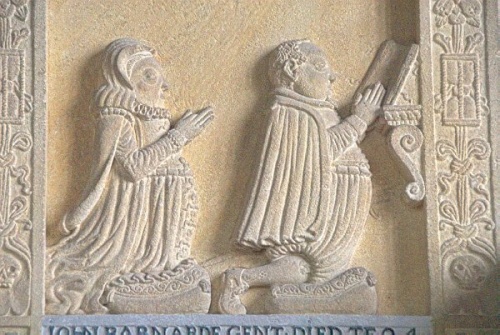 Before entering the church take the time to examine the outside. Facing you as you come down the path to the church is the tri-light east window. The windows are ornamented with four carved figures. Two of the figures appear to be regal, the other two bear intriguingly sad expressions. Walk towards the south porch and you come to the south transept, added in the 13th century. 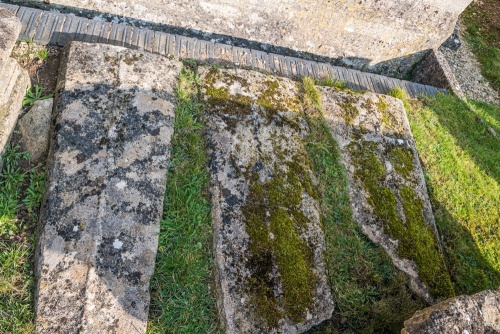 Set into the turf below the window are three lids of Norman coffins. It is easy to overlook these, as the foliage tends to obscure them, but the carving on the coffins is quite easily seen. Pass by the porch for a moment and walk around the west end of the church to its north side. There you will see a bricked up Tudor window, ornamented with carvings of two angels wearing fancy headdresses. 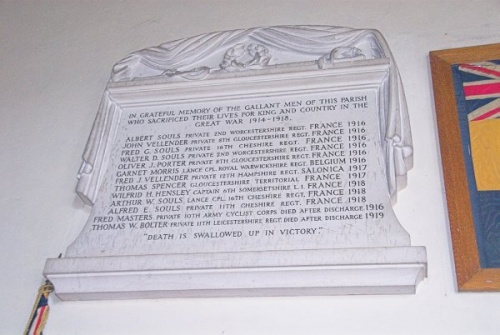 As you enter the church you will see a war memorial set upon the north wall opposite the door. If you look at the names inscribed there you will find a sad tale. There are five men honoured as fallen in World War One who bear the last name of Souls.

This is not a simple coincidence; the five men were brothers, natives of Great Rissington. Three were killed in 1916, the final two in 1918. Their mother lived for many years in Great Rissington before finally moving to Great Barrington, where she died in 1935. 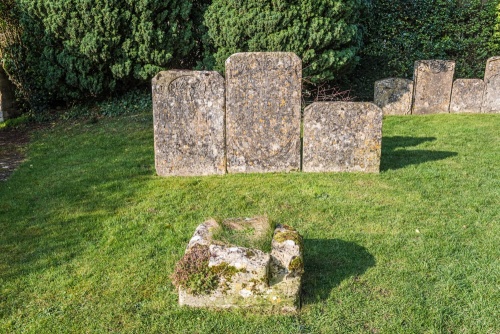 The church nave was built around the year 1200, and was rebuilt in the 16th and 19th centuries. The font is 15th century, though it has been heavily restored. The 12th-century nave arch leads to a square area under the tower, where the heavy column capitals are beautifully carved with ornamental leaves. The south transept is worth a look, mostly for the quite striking memorial to John Barnarde (d. 1621) upon the east wall.

The Barnarde memorial is composed of a central carving with scroll-work above and carved heads below. The central carving shows Barnarde and his wife Joan kneeling before an altar. The sculpture gives a very clear idea of the style of clothes, including an Elizabethan ruffed collar worn by Joan that must have been terribly out of fashion at the time the memorial was carved. Below the central figures are two heads, which may well represent the couple in their younger days.

The chancel is largely 13th century. The tri-light east window, which we've already mentioned, is in the Early English style. Beside the altar is a restored 13th-century piscina. 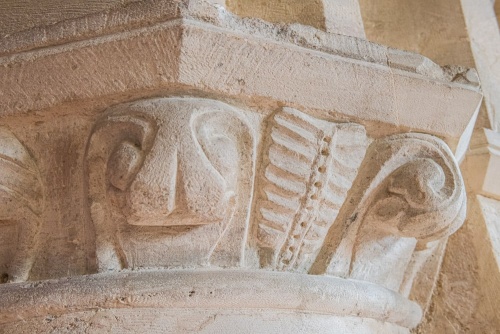 Easy parking along the road almost anywhere in Great Rissington village. There is usually more space to park around the village green than at the church itself. The church is a short walk downhill from the green.

I've been to St John the Baptist on numerous occasions as it is close to the Britain Express office, and I must say it is a lovely old church, and the location is certainly classically English. 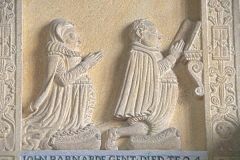 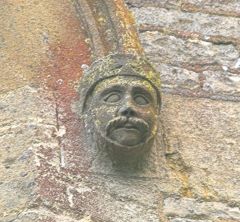 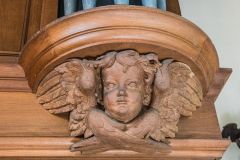 More self catering near Great Rissington