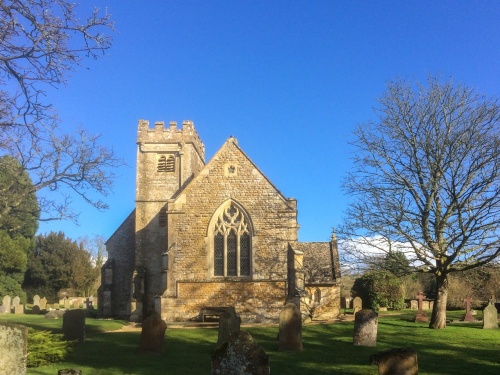 Isolated from the village centre of Little Rissington and standing on a rise looking over the Vale of Bourton is the 12th-century church of St Peter. The church is built of local rubble beneath a slate roof of Cotswold stone. It is a simple building, consisting of a nave, south porch, north aisle, chancel, and a north-west tower.

Quite why the church is so far from the village street is a mystery, but it seems likely that it was built near a long-vanished manor house recorded in the 13th century. Another large house called the court house stood nearby, but this, too, was torn down sometime in the 17th century, leaving the church surrounded by fields rather than the village it serves.

The oldest part of the church is the 12th-century nave arcade, consisting of two arches with carved capitals. From sometime around the same period is the south doorway, with two orders of cylindrical shafts supporting a rounded arch decorated with roll moulding. 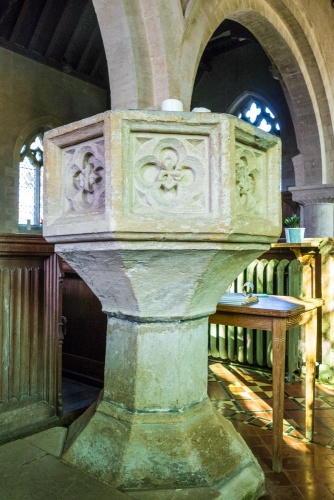 The chancel is 13th-century work, with three single-lancet windows in the north, south, and east walls. Set in the south wall is a 14th-century trefoil-headed piscina. The chancel arch dates to the 13th century but it has been heavily rebuilt.

The embattled two-stage tower was added in the 15th century at the western end of the north aisle. Look for exterior buttresses made to strengthen the base of the tower.

There is only one memorial of note inside the church, a beautiful oval wall tablet to Mary Glyn, who died in 1682.

It is well worth exploring the churchyard for later memorials, including several attractive table tombs. 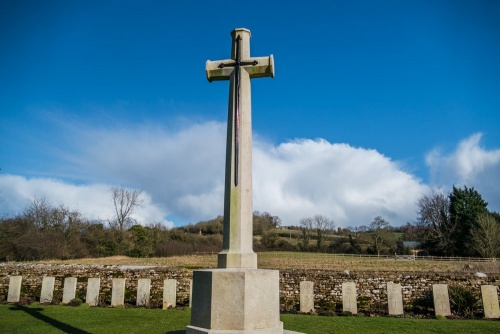 St Perter's has close links to the RAF. An airbase was established in 1938 on relatively flat land at the top of the hill above Little Rissington. RAF Little Rissington operated between 1938 and 1994, and when the base closed, the former married-quarters became the new village of Upper Rissington. 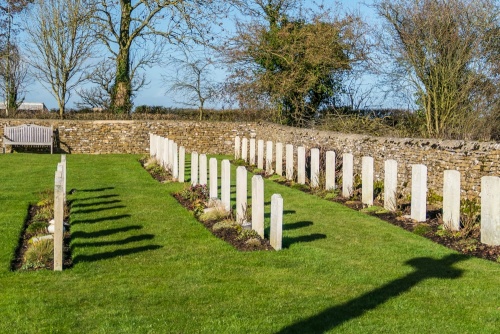 A large section at the eastern end of the churchyard has been set aside for war graves linked to the RAF base. Forty-nine service personnel are buried here, and a tall white cross on a plinth marks the rows of simple white headstones. 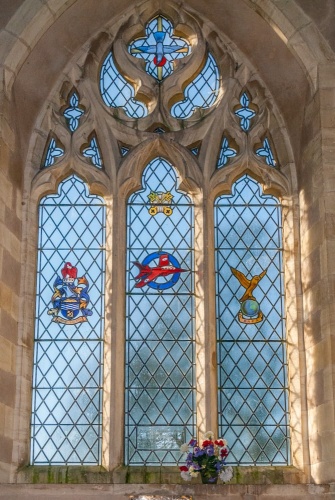 The 15th-century window at the west end of the nave has been restored as a memorial to RAF personnel who lost their lives while serving at Little Rissington from 1937-1976. The memorial takes the form of stained glass depicting the crests of the Central Flying School, the Red Arrows, and the Royal Air Force Association, along with the keys of St Peter and a dove of peace.

An inscription on the window reads:

A plaque at the base of the memorial windows adds: 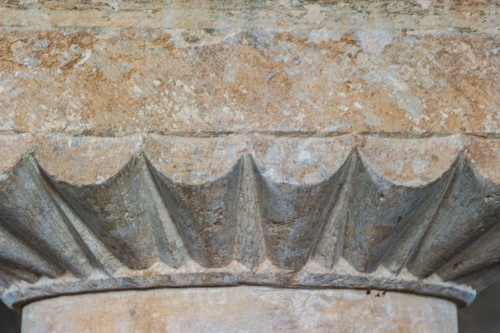 Other interior features worth noting are the nave capitals, scalloped in traditional Norman style, the 15th-century font, and the remains of the late medieval rood stair near the chancel arch.

One feature that you can't see is the single bell hanging in the tower, cast in 1767.

I can't write about St Peter's Church without mentioning the view from the churchyard. If you take the paved path that leads through the churchyard, past the north-west tower, you will come to a gate that leads into a farm field. The land falls away here, and the views north over the Vale of Bourton and the village of Bourton-on-the-Water are simply stunning. Our family lived in Little Rissington for six years, and I made sure to pause at this viewpoint on my daily walk around the village to savour the exquisite view. 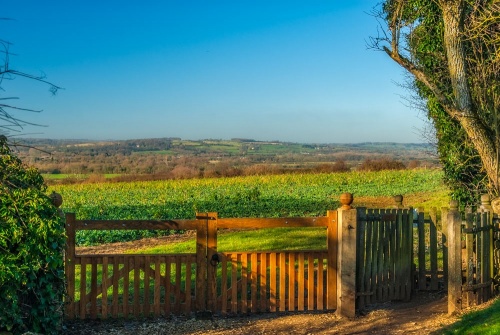 The churchyard view towards Bourton

St Peter's Church is usually open to visitors. There is a car park, though it isn't immediately obvious how to find it. Take Church Lane, the small lane that looks like a private drive at the sharp bend in the road.

You'll start to wonder if you've come the right way, as the lane narrows even more. Go past a hedge on your left and you will see an unpaved lane on the left. Take this lane to the end, and just when it appears you are about to drive into a farm field, you will see a small church car park on your left.

If you are on foot, you will see a small sign reading, 'XIIth Century Church' pointing towards a paved path to the church, just beside the village bus stop. The path descends into a hollow, and through a gate, then climbs up to a field, and you can see the church directly ahead. 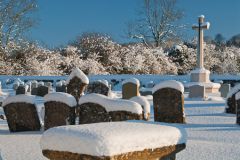 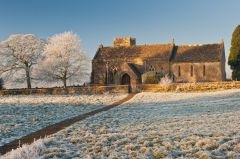 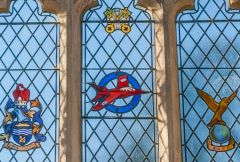 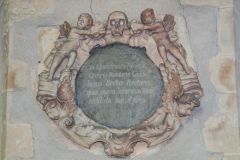 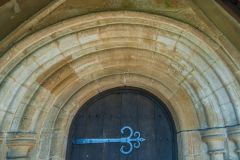 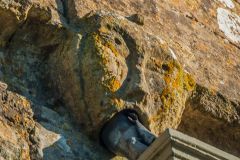 More self catering near Little Rissington

Self Catering near Little Rissington