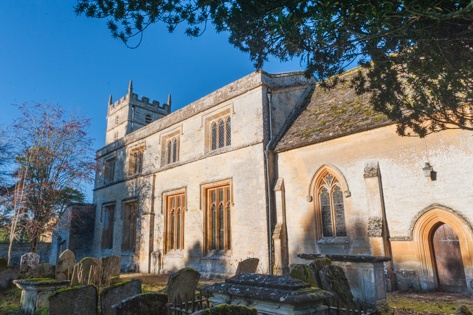 St Mary's Church is a beautiful Norman building with many Tudor features, located beside the manor house in the quiet Cotswold village of Great Barrington.

St Mary church dates to the Norman period. The best surviving feature from this period is the superbly carved chancel arch, of traditional chevron design.

The church was rebuilt at the beginning of the Tudor period, and much of what we see today dates from this time. The battlemented tower and clerestory date from the Perpendicular period, and in the churchyard is a long stone bench which probably stood in the church at some point. 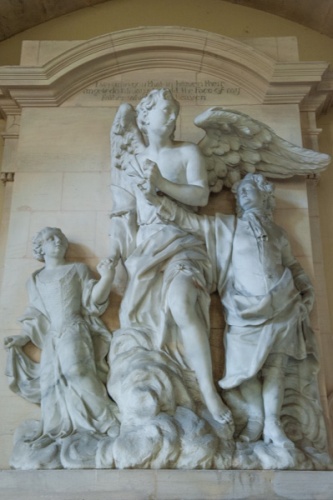 Entering by the south porch, the first thing that meets your eye is a grandiose memorial to Jane and Edward Bray. The inscriptions tells a poignant tale; the Brays were brother and sister, the children of Edmund and Frances Bray of Great Barrington Manor.

Jane died of smallpox in 1711 at the age of 7, while Edmund contracted the same disease in 1720 and died at 14, ending the male line of Brays at Great Barrington. The children are shown being led over clouds by an angel. Sir Edmund's grandfather, another Edmund, lost 6 children to the same disease. 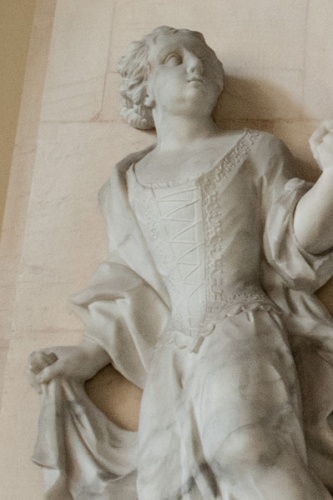 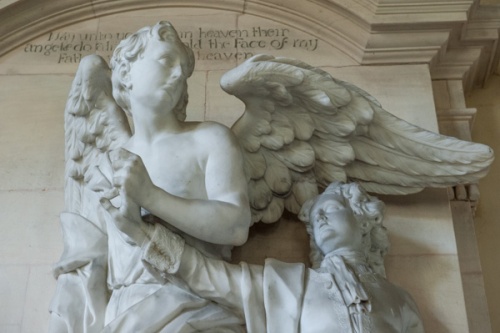 The Bray family held the manor of Barrington Park before it was purchased by Charles, Lord Talbot, in 1737. The Talbot family is well represented by a series of wall memorials in the chancel. The best of these is to Mary, Countess Talbot (d.1787), by the noted sculptor Joseph Nollekens, and features a marble female figure holding a medallion with a likeness of the Countess. 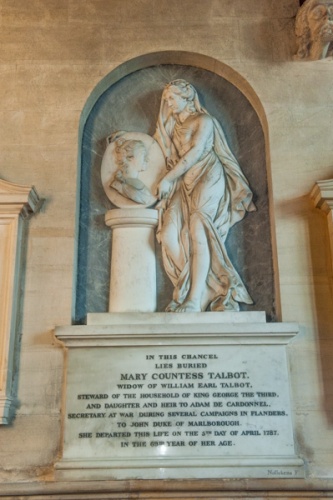 Tucked away in the south aisle, almost out of sight behind the bulk of the organ, is a Jacobean effigy on a stone platform. The effigy is that of Captain Edmond Bray, and it dates from 1620. Though the face is worn, the Tudor ruff collar is beautifully carved. One unusual feature is that the sword at Captain Bray's side is worn on his right rather than the usual left side. 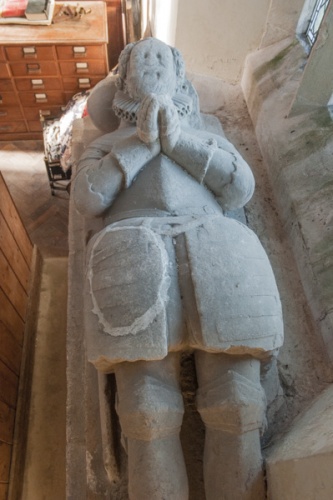 The nave roof is of oak and dates from the 14th or 15th century. There are carved wooden bosses, and beautifully carved corbel heads supporting the roof beams. Above the west door in the chamber beneath the tower is a 14th century canopied niche which at some stage must have held a statue, but the figure is now gone.

Easy parking along the road almost anywhere in Great Barrington village. I've visited several times and I keeep seeing something new and interesting - and the location is superb, in a lovely Cotswold village next to the manor house, and a short walk from the River Windrush. St Mary's is a very enjoyable church with some interesting monuments and a lovely Norman arch. 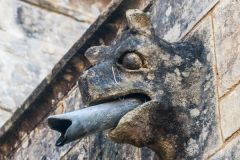 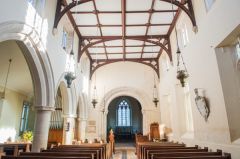 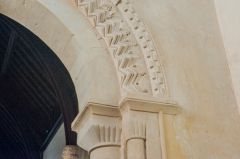 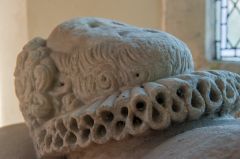 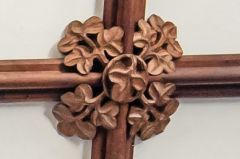 More self catering near Great Barrington