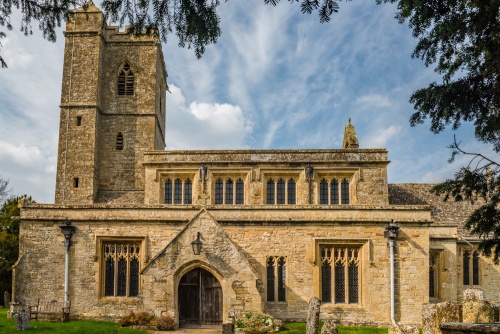 The village of Bledington is notable for its very broad village green, where the baby River Coln wanders under a small footbridge, past the Kings Head Inn. From the green, Church Road bends away, past a row of Cotswold stone cottages to the medieval church of St Leonards.

Bledington dates back to at least the 9th century when the manor belonged to the monks of Winchcombe Abbey. But it was not until 1170 that the Abbot of Winchcombe had a church built to serve the village of Bledington. The church was complete before 1175.

That first building was composed of only a nave and chancel. The only surviving parts of that early church are the current bellcote and font.

As the wealth of the Cotswolds increased during the late medieval period St Leonards was again expanded with the addition of the tower and the clerestory which gives the interior such a uniquely light and airy feel. 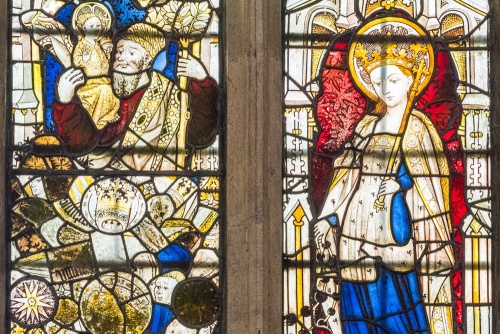 The most striking aspect of the interior of St Leonards is the absence of a north aisle, which means that the Perpendicular Gothic windows of the north wall create a very light and open feel not usually seen in a Cotswold church.

The 12th-century font is located just inside the south door; it's a very simple, uncarved, tub design. On the west wall of the tower arch are remnants of medieval wall paintings. Further wall paintings are located on the wall beside the chancel arch, and in the south chapel is an unused bell dated to the reign of Charles I. 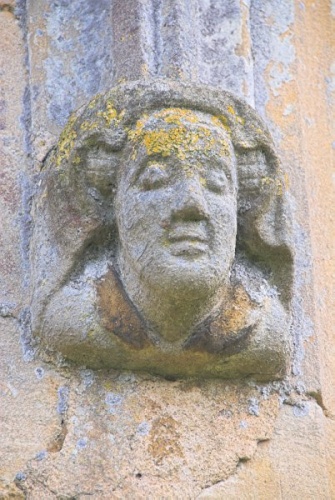 Carved head of a woman

The most interesting feature of Bledington's church, though, is the series of corbel heads that grace the exterior of the west end of the church. All but one is a woman, and each is unique.

Most interesting, though, is the headgear worn by the figures depicted; they are excellent examples of the type of costumes worn during the late medieval period. The corbel heads make a fascinating study for what they show about medieval fashion.

Bledington is easily accessible by minor roads from Stow on the Wold. There is limited parking beside the church; it is probably easier to park on the road by the green and take the short walk to St Leonard's. 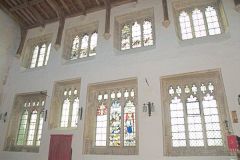 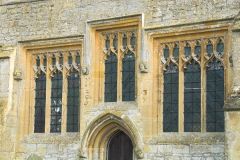 More self catering near Bledington

More bed and breakfasts near Bledington