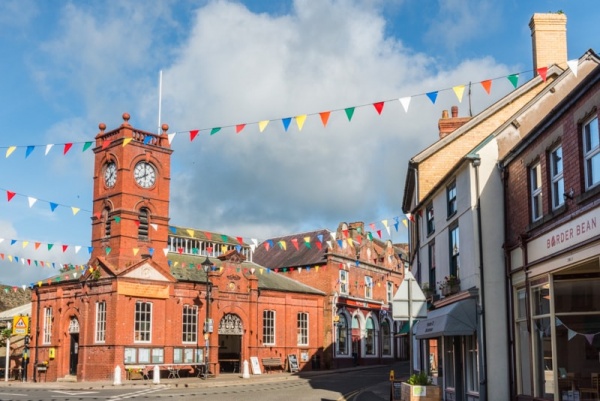 The town itself boasts a lovely mix of historic architecture, and is home to a weekly livestock market, emphasising the rural nature of the region.

Kington grew up at the confluence of the River Arrow and the Cynon Brook. The town was recorded in the Domesday Book of 1086 as 'Chingtune' from the Old English 'cyne tun' meaning royal manor. The Norman borough developed on high ground above the river, protected by a castle motte near the church. The only historical mention of the castle comes in 1186 when 10 shillings were spent to repair the timber palisade.

The present town of Kington developed in the 13th century on the low-lying ground at the base of Castle Hill, an area originally known as Kington in the Fields.

The town's agricultural past was radically changed in 1820 when a tramway was built to bring coal, iron and slate to Kington from south Wales and return bearing wool and burnt lime. All goods were pulled along the tramway by horses, and woe-betide the horse-power if their steed was caught trotting; the misdeed would result in a fine of 50 pence. You can walk a section of the Kington Tramroad, beside Back Brook.

Just west of Kington stands the historic gardens of Hergest Croft, 70 acres of beautiful gardens surrounding the late Victorian mansion of Hergest Croft. The gardens are divided into 6 distinct areas, including an Azalea Garden, Maple Grove, Kitchen Garden, Hergest Croft Garden, open parkland, and Park Wood. Part of the woodland garden is reserved for Himalayan plants, and there are colourful borders inspired by the designs of Gertrude Jekyll and William Robinson. Within the grounds stands the historic manor house of Hergest Court, begun in 1267. 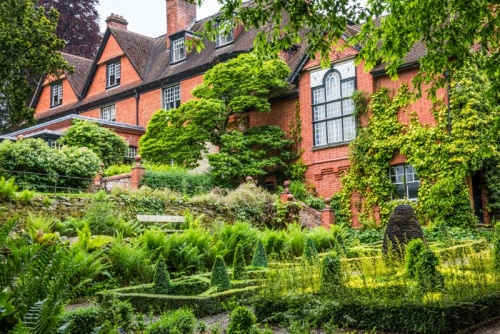 Kington's attractive parish church dates to the late Norman period, around 1200. It is one of just nine churches in Herefordshire with a detached bell tower (though the gap between the tower and nave has since been filled in). The tower was built to be a place of refuge in times of trouble, a reminder of how turbulent life on the Welsh border could be.

The oldest historical feature is a Norman tub font with cable moulding detail.

In the south chapel is the tomb of Sir Thomas and Lady Ellen Vaughan of Hergest Court. Sir Thomas was killed at the Battle of Banbury in 1469. He was known during his lifetime as 'Black Vaughan'. The family legend of the 'Black Dog of Hergest' inspired Sir Arthur Conan Doyle's classic Sherlock Holmes mystery, 'The Hound of the Baskervilles'. 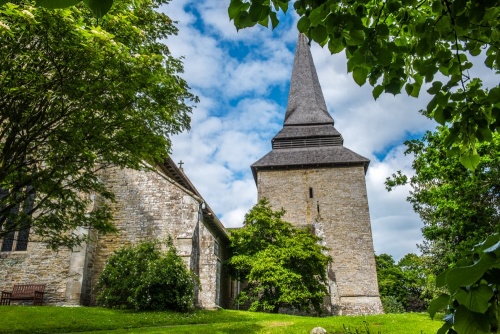 While visiting the local tourist information centre in Kington I picked up a handy little leaflet called 'Kington Past', outlining a heritage walk linking historic places around the town centre. The walk connects 6 heritage plaques commemorating buildings and people of special historical significance. What follows is a description of historic sites highlighted in the leaflet.

The heritage walk begins at the eastern end of Victoria Road. Here you can see remains of Meredith's Iron Foundry, established in 1875. At the junction is The Tavern, built in 1767, where tram road horses were stabled. You can trace the path of the Iron Foundry's tramway running parallel to Back Brook.

The tramway leads to Crooked Well, the site of bear bull baiting until 1815. Bulls were chained to a tree near a footbridge across the brook. Follow the footpath west along the brook and you come to Wordsworth's Scot's pine. You are now walking in the footsteps of poet William Wordsworth and his sister Dorothy who took this path frequently to visit his wife's relatives at Hindwell, in nearby Walton. 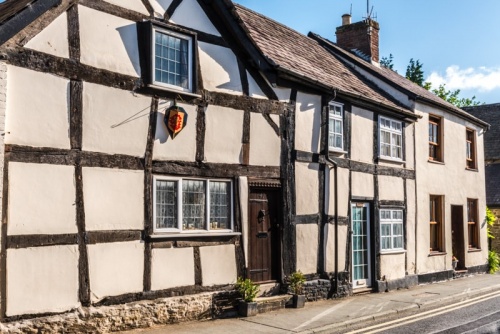 The second plaque on the heritage walk is on Market Hall Street, once the commercial hub of activity in Kington. There was a town lock-up on the site of the present car park, and beside it were stocks, last used in 1846.

The street was named for a Market Hall built here in 1654 by John Abel, the King's Carpenter, for Philip Holman, the Lord of the Manor. Holman's house was where the Talbot Hotel now stands. Charles I said to have spent the night at Talbot's house in 1633.

At the south end of Market Street a blocked doorway marks the former magistrate's court and police station. The police station was built on the site of the old Kington Barn Theatre, a playhouse where Sarah Kimble made her stage debut in 1758 at the age of 3. Kimble would go on to become better known as Mrs Siddons, one of the most popular actresses in 18th-century England. 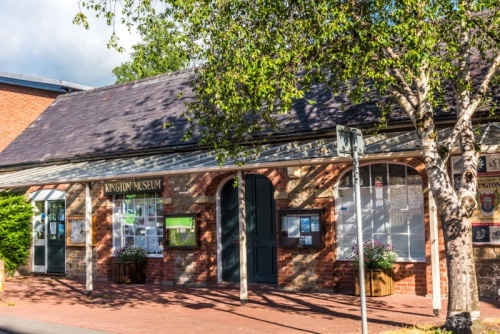 The third plaque marks the public library at Lower Cross. The library stands on the site of a Hide Market where animal skins changed hands. A writer in 1686 described the market as 'the old Market Hall with bell and town clock therein'.

The library building was originally built as the headquarters of the Old Radnor Trading Company in 1905. The Company owned quarries just west of Kington and made pre-cast concrete objects. The building was not just a company head office, it was an advertisement for the Company's concrete products as it was made from pre-cast concrete slabs fitted together.

Look across the road at numbers 1-4 High Street. This neoclassical building was built in 1845 to be the town hall, but the interior was so badly built that it was never used for that purpose. 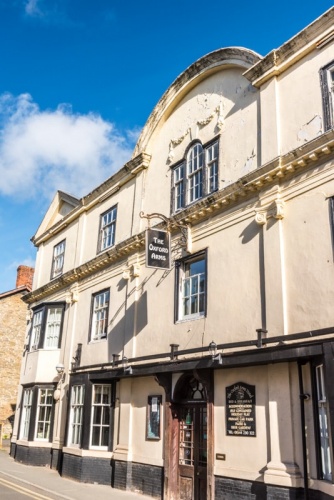 The Oxford Arms, dating in part to the 13th century

The next plaque is found at Upper Cross, where the iconic Town Clock now stands. The clock towers (pun very much intended) over the Victorian Market Hall, built of red brick in 1885. The Clock Tower was added in 1897 to mark Queen Victoria's Diamond Jubilee. The Market Hall stands near the site of an earlier Buttercross, where butter and poultry were sold on the ground floor and wool on the upper floor.

When the new Market Hall was built the road was widened and the old town well covered over. The well was connected to a new town pump on a triangular island in the centre of the road. The only remnant of the town pump are three cast-iron bollards by the roadside. 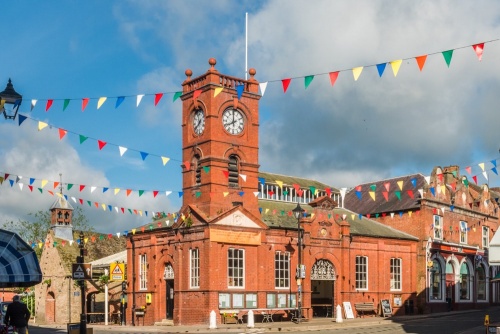 The Market Hall and Town Clock

Just around the corner from the Market Hall is the Kington Museum, an award-winning exhibition of local heritage with an ever-changing programme of displays.

Tucked into Harp Yard, off High Street, is the former Wesleyan Methodist Chapel, a stone building under a hipped corrugated iron roof. Harp Yard is said to be the place where John Wesley, the founder of Methodism, preached on his visit to Kington in 1746.

In 1801 a local landowner named Edmund Cheese gave a house on Harp Yard to be converted into a chapel. That first chapel was declared unsafe and a new chapel built in 1829. It went out of service in 1896 and the old chapel was used as a seed mil and later as a warehouse.

From the Town Clock you can walk up Church Street, perhaps stopping in at the Tourist Information Centre on the east side of the street. You will soon come to the fifth plaque at the War Memorial, which stands at the west end of The Square. The area around The Square was the site of a horse fair dating back to the 13th century.

If you carry on up Church Street you will come to an unusual building on your right, at the junction with Church Bank. This is the Water Tower, built in 1835 to pump clean water to local subscribers By 1892 only 1% of local residences had baths fed by a tap, and none had a hot water system.

Across from the Water Tower is Castle Hill House, built in 1824. Near it is a timber-framed 16th-century house brought here from its original site by the Arrow Bridge and re-erected on higher ground. Across the main road is Hill Court, built in 1774 for a wealthy doctor named Benjamin Thomas. 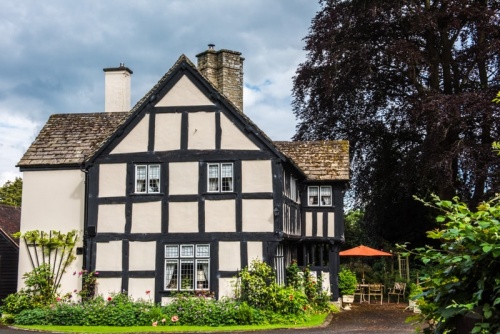 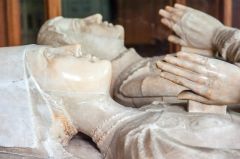 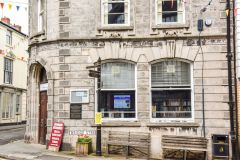 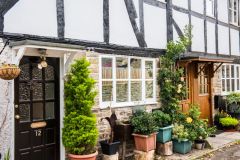 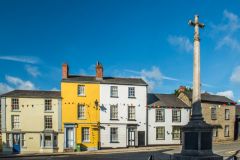 About Kington
Address: Kington, Herefordshire, England
Attraction Type: Town
Location: At the junction of the A44 and A4111 about 12 miles west of Leominster
Website: Kington
Location map
OS: SO295565
Photo Credit: David Ross and Britain Express

More self catering near Kington

The Agent's House Bed And Breakfast - 5.9 miles
Hereford, Herefordshire
From: £70.00

More bed and breakfasts near Kington

Self Catering near Kington