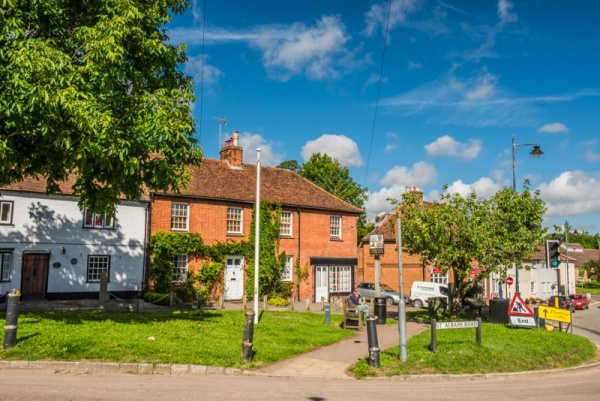 The pretty Hertfordshire village of Codicote has a history going back at least 1500 years but the earliest written reference to the village comes from the year 1002 when King Aethelred (Ethelred the Unready) sold the manor of 'Cuthingcoton' to one of his advisors, a man named Aelfelm.

Aelfelm, in turn, granted the estate to the monks of St Albans Abbey, and the abbey held the manor for the next 537 years. The abbots were demanding landlords, requiring the villagers to provide them with a boar, 1000 eggs, and cheese at Easter and a boar with 50 fowls each Christmas.

The abbot carefully planned the layout of Codicote, with narrow burgage plots stretching away from the market place.

The village name evolved during the Saxon period and refers to the 'cote', or cottage, of a man named Cudda. 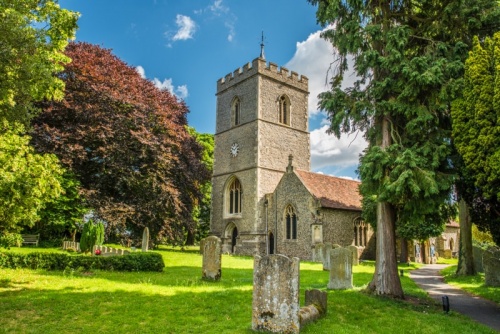 The village was listed in the Domesday Book of 1086, and within the next 30 years (sometime around 1110) the parish church of St Giles was built. The oldest part of the present building dates to the 13th century but the church retains what must be the original 12th-century ironwork supporting the south door.

In the churchyard is an unusual grave rail, or leaping board, to John Gootheridge, who died in 1824. The inscription records that Gootheridge had to be buried twice, after resurrection men dug up his corpse and then abandoned it.

The Abbot of St Albans obtained a royal charter from Henry II to hold a weekly market in Codicote in 1267 and four years later in 1271 he obtained the right to hold an annual fair. It was the combination of the market and fair that led to the growth of the present village, especially since the village stood at the junction of roads between Hitchin and Bedford, London and Welwyn, and St Albans and Wheathampstead, and thus attracted a large number of travellers.

The market was held on the Village Green and gained a reputation for selling fine quality cloth. The market may have helped the village grow but it also helped spread the Black Plague in the 14th century, with the deadly plague germs thought to have been carried in bales of cloth. 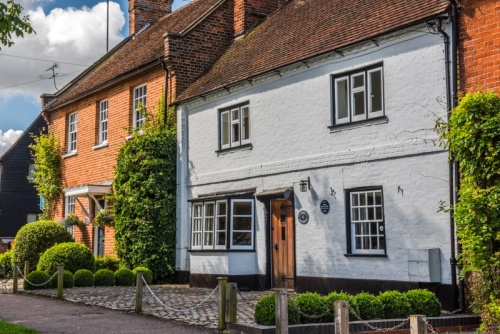 Cottages on The Hill, the former market place

We know that a few years later in 1279 there was an inn (later named the George and Dragon). The inn catered to pilgrims on the road to St Albans Abbey. The pilgrims might have been better advised to stop elsewhere, as in 1279 the landlord, Hugo Cocks, was fined for bad brewing practices. Manor courts were held here, and the 'vestry', an early form of a parish council, also gathered at the inn.

The George and Dragon is now the As You Like It restaurant, but it is the oldest premises in Hertfordshire to still hold a license to sell alcohol.

The villagers took part in the Peasant's Revolt of 1381. One Codicote native, Stephen Truebody, was executed for his role in the Revolt. The outraged villagers retaliated by burning the abbot's mill at nearby Codicote Bottom.

When St Albans Abbey was dissolved by Henry VIII the manor of Codicote passed to John Penne, the royal barber-surgeon and groom of the privy chamber. The Penne family held the manor until 1653 when they sold it to George Poyner.

In the 19th century, Codicote had a flourishing straw-plaiting industry, with most local women making plaits for Luton's hat industry. 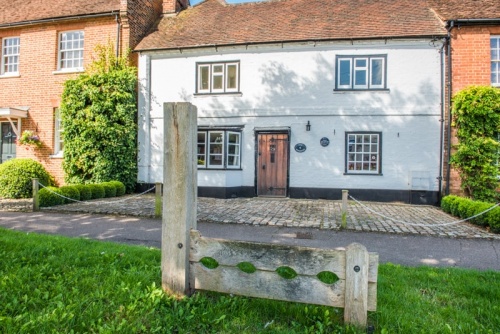 Village stocks on the green

The area at the junction of High Street and St Albans Road is known as The Hill. In the medieval period, it housed the weekly market and the village fair. The market was abandoned in the Tudor period but a hiring fair took place each September, with local employers vetting new labourers and servants.

On the Hill is a set of village stocks, used to punish miscreants. The present stocks are replicas, but the original set stood very near the same spot. The stocks were eventually replaced by a small gaol or 'cage' that stood beside the Bell Inn.

Codicote is a delightful village, with over 70 listed buildings to explore. Many of the older buildings have blue plaques outlining the property's history.

One we noticed was on Apple Tree Cottage, a 17th-century building once the home of the village carpenter and undertaker, and later used as an early 19th-century drapers shop. Another plaque is set on the wall surrounding Codicote House, a late 18th-century building on the site of an earlier Tudor house known as Stagenhoe Hall. On Bury Lane is The Bury, once the manor house, built around 1659 and listed Grade II* for its heritage value. 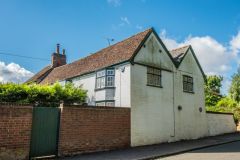 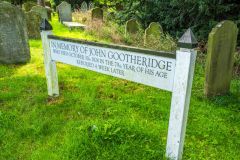 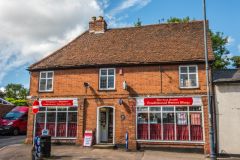 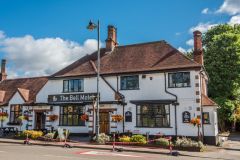 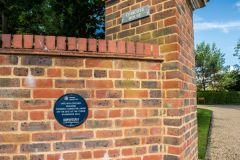 More self catering near Codicote

More bed and breakfasts near Codicote