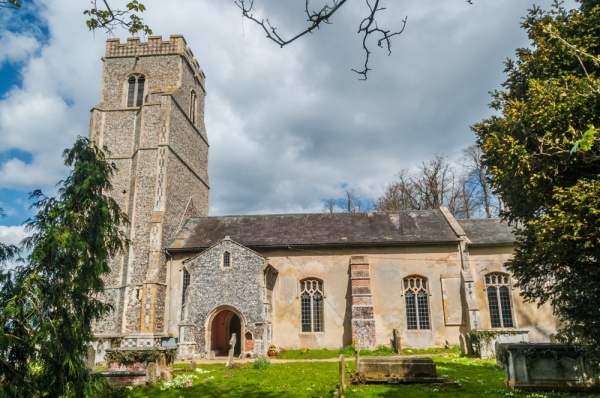 St Gregory the Great church stands in an isolated location well west of the village it serves. Rendlesham was once the capital of the Kings of East Anglia, and the history of St Gregory's goes back to at least the 7th century. Indeed, the very name of the village hints at its Anglo-Saxon heritage, for the word Rendlesham is thought to come from a combination of words meaning 'place of the shield'.

Raedwald, a descendant of the first King of the East Angles, reigned from roughly AD 599–624. He was a Christian, but his wife was a pagan, so he came up with an ingenious solution. Raedwald established his royal church at Rendlesham, and in the church were two altars, one pagan and one Christian.

Raedwald is believed to be the king buried in the famous ship burial at Sutton Hoo, a few miles to the south-east. It is certainly possible, given Rendlesham's importance as a royal seat of power, that Raedwald was carried from the church here to burial at Sutton Hoo. 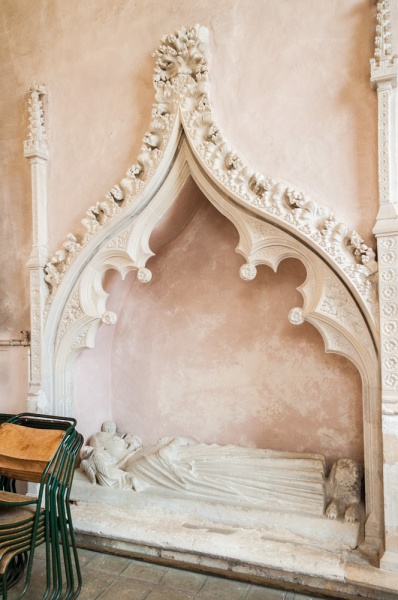 14th-century tomb of a priest

The present St Gregory's very probably stands on the site of Raedwald's church, though no trace of the early church remains. The present church was built in the 14th century and is easily one of the largest churches in south-east Suffolk, another testament to the historic importance of the village.

The interior of the church houses an array of fascinating memorials. One of the finest commemorates Eliza Charlotte, Baroness Rendlesham (d. 1840), by the sculptor Aristemedo Costoli, and shows her floating up to heaven. Equally good is the memorial to an earlier Baroness Rendlesham by John Flaxman.

These 19th-century memorials are overshadowed by a superbly carved 14th-century tomb recess, built for a priest. Within the recess lies an effigy, with angels cradling his head. The ogee arch over the effigy is simply stunning, a wonderful example of medieval craftsmanship from the days before the Black Death. 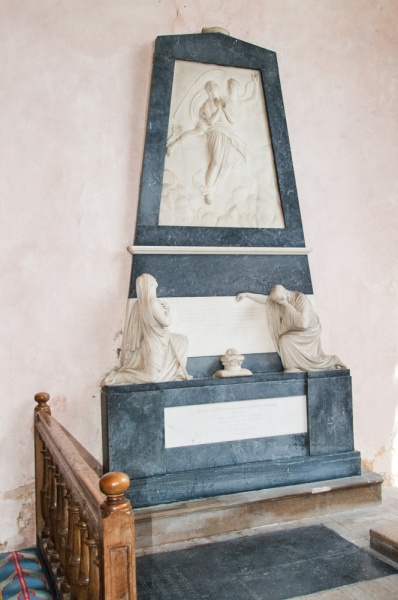 Set against the wall is an ornate tomb to John, Baron Rendlesham (d. 1832), in the style of a Perpendicular Gothic tomb, with statue niches and a richly decorated canopy.

On the wall is a rather touching marble tablet to Simon and Margery Mawe, with an inscription reading:

'Here lieth Simon Mawe & Margery his wife by whom he had five sons and six daughters. He was born at Epworth in Lincolnshire, brought up in Suffolk, bore ye office of the Steward of the Liberty of Saynt Etheldred 33 years, lived in credit to the age of 79 years and died in Peace the 5 of November Anno Domini 1610'

There are also some very good 18th-century grave slabs including one to John Spencer, who died in 1709. The slab is decorated with an extremely ornate coat of arms.

Other historic highlights include a wineglass pulpit, and a beautifully carved octagonal font in typical East Anglian style, with rather smug-looking lions around the stem and angels carrying shields alternating with Biblical symbols around the bowl.

St Gregory's is an intriguing church, and its links to the early Anglo-Saxon kings make it a fascinating place to visit. The church is usually open daylight hours to visitors and was open when we visited. 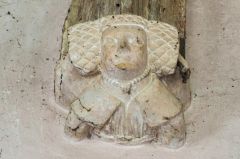 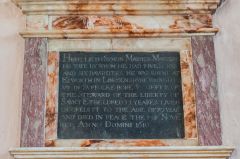 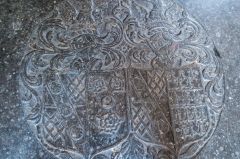