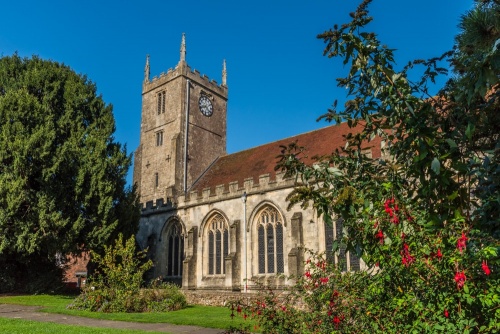 The historic market town of Marlborough boasts two medieval churches, one at each end of the broad High Street. at the west end of the street stands St Peter's, where Thomas Wolsey was ordained as a priest in 1498. At the opposite (east) end of the High Street, tucked away behind the town hall and reached by a narrow passage, stands St Mary's.

There was probably a late Saxon church on this spot, but this was replaced with a Norman building around 1160. Surviving from that 12th-century building is the finely carved west doorway and a fragment of a Norman arch set into the west end of the nave. 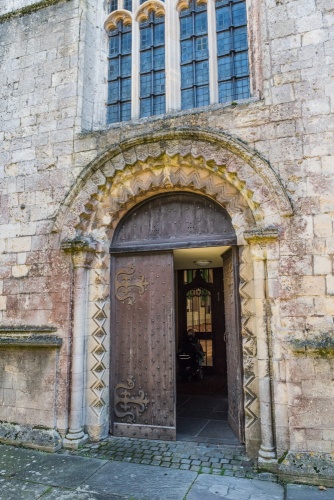 The north aisle was enlarged in the 13th century using greenstone. This same stone was used to build Salisbury Cathedral, which was under construction at the same time. The nave was completely rebuilt in Perpendicular style in the 15th century, and the tower added during the reign of Henry VIII.

St Mary's saw action during the Civil War siege of Marlborough in December 1642. The town was held by Parliament, and when Royalist troops threatened to overrun their defences the Parliamentary commander Colonel Ramsay and his men sought refuge inside the church. You can still see holes made by Royalist guns in the north wall of the tower.

Most of Marlborough was destroyed by fire in 1653. The flames caused the church roof to collapse into the nave, seriously damaging the Norman arcades. You can see the reddish discolouration of stones around the west door and the Norman pillar caused by heat from the flames. 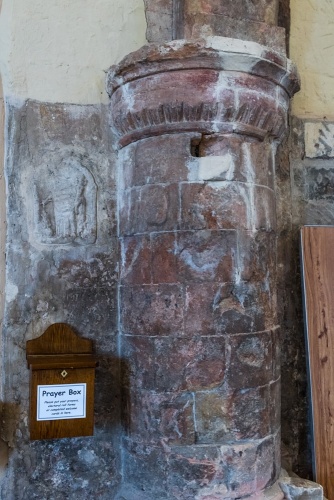 A 12th-century column reddened by fire

The church walls remained standing but the interior was damaged beyond repair.

Oliver Cromwell launched an appeal for donations to help the citizens of Marlborough rebuilt the town in thanks for their support during the Civil War. The church was rebuilt on severe Puritan lines, with no chancel. The Puritan ideal of a church was a plain, unadorned space to act as a preaching house

As a result, the nave and aisle are exactly the same height, and there is no internal division of the space. The ceilings are flat and undecorated, and the pillars and arches are plainly carved. If you are used to typical medieval parish churches, the interior of St Mary's may seem an odd space, but it perfectly suited the Puritan philosophy.

In 1707 galleries were erected on the north, south and west sides of the nave. The north gallery was used by the scholars of the Free School, which later became the Marlborough Grammar School. The galleries were removed in the 19th century. 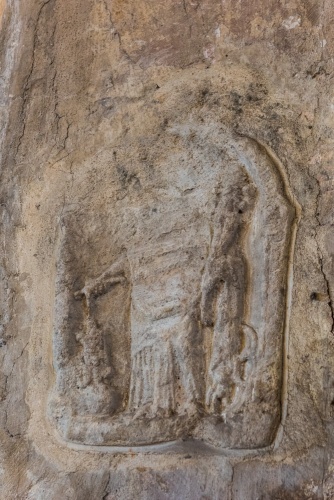 During restoration work in 1874 workmen discovered a Roman carving of the goddess Fortuna built into the west wall of the nave. This goddess figure was carved around 300 AD and is thought to have been brought here from Cunetio, the Roman station near Mildenhall.

Other interior highlights include the organ, built in 1879 by Bryceson Brothers and Ellis of London. There are several interesting historical monuments including a wall tablet commemorating Jane Scholes of Wroughton, who died in 1733.

A royal coat of arms to George III, painted in 1778, hang on the south wall. This coat of arms was made for St Peter's Church at the opposite end of High Street.

Near the south porch are two scratch dials, or mass clocks. A corbel on the south porch depicts the 'Marlborough Cat'. The figure was carved in the 15th century and tradition says that it depicts a church cat that saved her kittens from a fire (not the great fire of 1653 obviously). 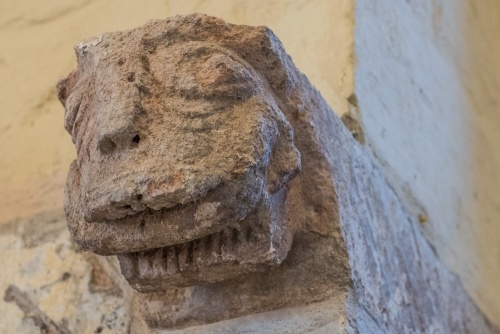 12th-century corbel of a strange beast

St Mary's is easy to reach from the High Street. Walk past the north side of the town hall onto Kingsbury Street and take the passage next to the estate agency. The passage leads directly to the west door of the church. Alternatively, you can reach the east side of the churchyard from The Green.

There is no dedicated parking, but there are parking spaces on High Street and a large visitor car park on George Lane.

The church is regularly open to visitors and was open when we visited. 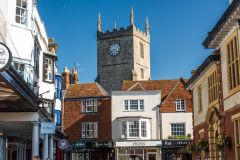 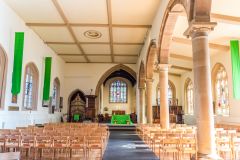 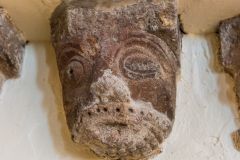