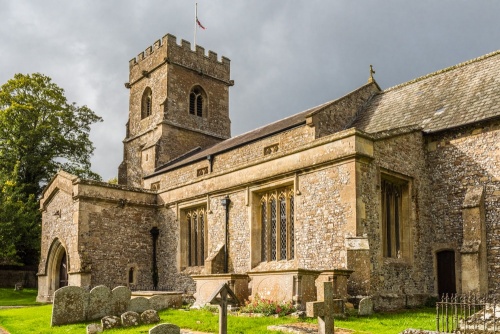 Ogbourne St George is a lovely village in the Kennet district of Wiltshire, south of Swindon. It takes its name from the peaceful River Og. In the heart of the village is the medieval parish church of St George, from which the village takes its name.

There was almost certainly a church on this spot before the Norman Conquest of 1066. The present church was begun in the 12th century and rebuilt several times in the following centuries before a comprehensive restoration in 1873 by TH Wyatt. 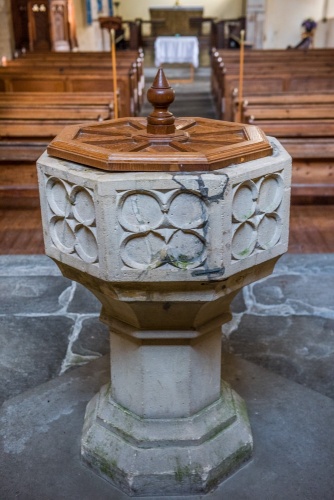 The first record of Ogbourne comes in the early 12th century when Maud of Wallingford gave the estate here to the Abbey of Bec in Normandy. In 1150 the Abbot of Bec sent a number of his monks to Ogbourne to build a priory, which probably stood where the manor house is now, beside the churchyard. The priory was an administrative centre for the Abbey estates throughout the south of England. 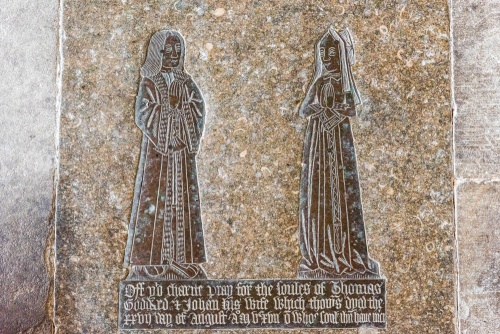 In 1414 Henry V suppressed all 'alien' priories (those administered from abroad). The Ogbourne estates were seized by the Crown and the income was used by Henry VI to help establish King's College, Cambridge. The College continued to own property in the Ogbourne area until 1927.

The church is built of sarsen and rubble dressed with freestone. Two aisles flank the nave, a chancel with north and south chapels, a south porch and a west tower. The earliest parts of the building - the chancel arch, parts of the chancel walls, and the south arcade - date to the early 13th century. 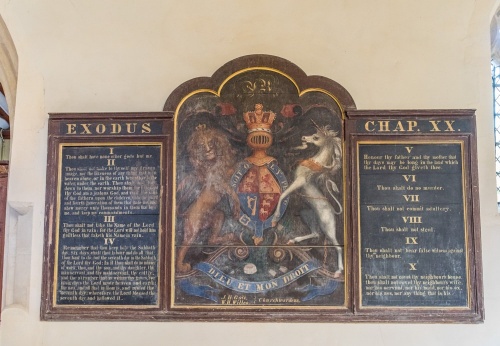 Perhaps the most interesting historic feature inside the church is a memorial brass to Thomas Goddard and his wife, set into the floor near the pulpit. The English Heritage listing for the church says that this brass dates to 1607, while the church guidebook puts it almost a century earlier in 1517. The style of dress suggests that the 1517 date is much more likely.

Near the west end of the nave is a 15th-century octagonal font with quatrefoil panels on each face. The pulpit and communion rails were installed during the Victorian restoration.

In the nave is a trio of 19th-century marble wall tablets. In the south aisle is another marble tablet in memory of John Canning (d 1841). 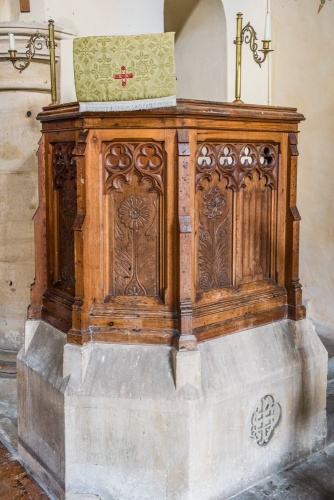 Set on the north wall of the chancel is a painted triptych. The centre panel is an early Victorian royal coat of arms. The flanking panels depict the Ten Commandments. These date to the 18th century but were repainted when the coat of arms was created to form a complementary set of panels.

Ogbourne St George is on the A346 south of Swindon. Take the signposted exit which takes you onto the long High Street. Follow High Street west past the primary school, over the River Og, and you will come to Church Lane on your right. The church is at the end of the lane and there is a large car park for visitors. The church is usually open for visitors and was open when we visited. 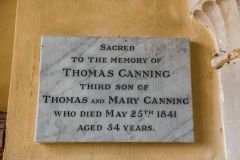