The Heritage Coast stretches from Porthleven to Enys Head, just past Lizard, the most southerly point of mainland England, and it possesses the warmest climate in Britain. The Lizard Peninsula is a place of gentle heath and coastal grassland, and takes in several coastal nature trails as well as the long-distance South West Coast Path.

The Lizard Peninsula is home to unusual Serpentine rock, unique in Western Europe. These rocks were part of the ancient ocean floor that was pushed up towards the surface, rather than down, when plates of the earth's crust collided some 280 million years ago. The coastline is generally rough and ragged, but there are good sandy beaches south of Porthleven and at Mullion.

The Lizard Peninsula has an abundance of Sites of Special Scientific Interest (SSSI) - a reflection of its unique plant and wildlife. Sub-tropical vegetation grows along the cliffs, a tribute to the warming effects of the Gulf Stream, and the peninsula is home to one of Britain's rarest breeding birds, Cirl's Bunting. Spring comes very early to the Lizard Peninsula, and flowers such as primroses and foxgloves - as well as rarer species - abound in hedgerows and along the clifftops.

A good starting place for a visit to the heritage coast is the Lizard Countryside Centre in Trelowarren. The centre houses displays on the area's wildlife and geology, as well as a Tourist Centre and audio-visual presentations.

Much of the coast is owned by the National Trust charity as part of its "Project Neptune" efforts to preserve Britain's coastline. 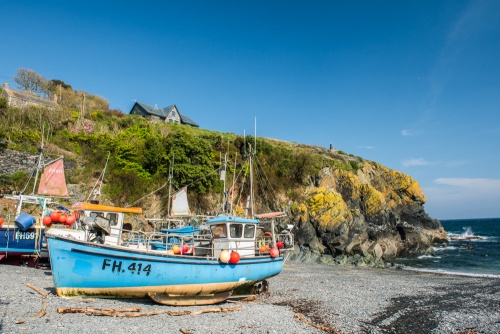 Goonhilly Nature Reserve
The reserve protects a variety of rare plants, including the Cornish Heath, which grows only here.