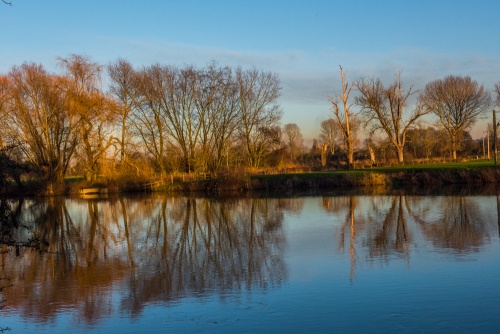 The River Thames at Wallingford

The Thames Path is a splendid riverside trail pioneered by David Sharp and the Rambler's Association, stretching 180 miles (288 km) along the River Thames. The path leads from the origin of the Thames in the foothills of the Cotswolds to the capital, passing through a wealth of fascinating riverside scenery and towns such as Oxford, Henley, and Windsor.

For much of its length, the Thames Path closely follows the ... well, yes, the River Thames. The river itself has been called "liquid history", but quite apart from its historical associations - which are many - the Thames Valley provides generally easy walking through water meadows and lovely riverside villages. Due to the challenges of obtaining rights of way, the path is forced to cross the river numerous times.

The first half of the path, as far as Oxford, wanders through quiet, open countryside, and you may find there are more cows keeping you company than there are fellow walkers. After Oxford, the villages get more numerous, and larger, until you reach the sprawl of Greater London.

The path splits in two at London, with a branch on each bank of the river, and both branches carry on through the city as far as the Thames Barrier near Greenwich. 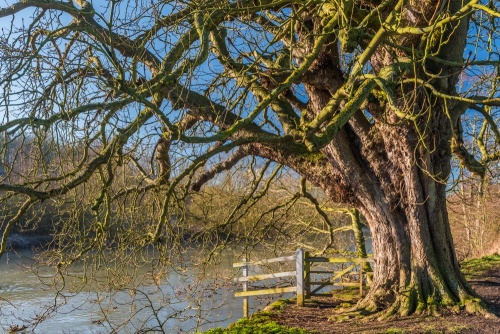 Thames: The River and The Path: Detailed Map by John Hale, Geoprojects

Stillwell's National Trail Companion by Tim Stillwell and Dean Conway, Stillwell Publications, - lists accommodation on and near national trails throughout the UK and Ireland