Hessle, Kingston upon Hull to Filey
A curving route around and across the Yorkshire Wolds via Market Weighton, linking the North Sea to the Humber. The path follows the crest of the chalk escarpment overlooking the Vales of York and Pickering. The landscape is dominated by farming and grazing fields separated by long, straight hedgerows and lanes.

There are very few villages along the way, and the solitude is one of the great appeals of the Wolds Way. This sense of solitude may be emphasized by the large number of deserted medieval villages near the path.

Some of these have been excavated and interpreted, as at Wharram Percy. Others lie undisturbed beneath the pasture turf. Many of these villages were abandoned at the time of the Black Death in the mid-14th century.

Even more ancient are the numerous Bronze Age burial mounds which decorate the Wold tops. Down in the valleys there are long stretches of earthworks dating from the same period. Several ruined abbeys can be found along the path, notably Warter Priory and Watton Abbey.

Although the land appears relatively gentle, the escarpment of the Wolds is cut by numerous steep valleys, making for a very "up and down" walking experience! The landscape abounds in chalk-loving plants, such as the rare Bee Orchid and Yellow Worts. 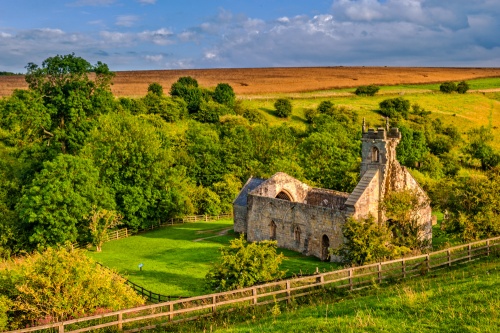 Explorer OS maps (Scale: 4cm = 1 km / 1: 25000) - best for walking - These larger scale maps include more detail than the Landranger maps above, including field boundaries, which can be a very useful aide when navigating the trail. The following maps will cover the entire Yorkshire Wolds Way:
293
294
300
301 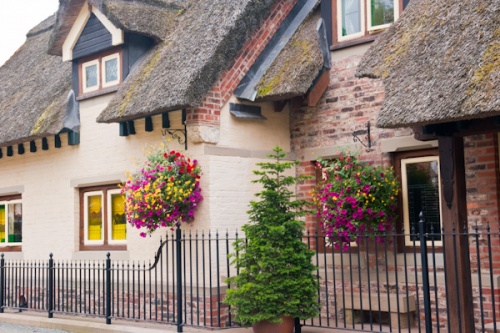 Stillwell's National Trail Companion by Tim Stillwell and Dean Conway, Stillwell Publications - lists accommodation on and near national trails throughout the UK and Ireland