Rame Head is a popular picnic spot for dwellers in Plymouth, just three miles to the north. On their way from the Cremyll ferry, picnickers follow the Cornish Coastal Path through the country park of Mount Edgcumbe house.

The house itself was badly damaged by bombs in WWII, and the present structure is a reconstruction of the Tudor original. The unaltered 18th-century landscape park, however, is magnificent, with sweeping views out over Plymouth Sound.

The coastal path passes through woodlands carpeted with bluebells at Penlee before reaching Rame Head itself. The Head is flanked by two small beaches, Eastern and Western Gear, which are accessible only by boat. There is an old coastguard lookout on Rame Head. The coastguard has long abandoned the lookout, which is now manned by volunteers. 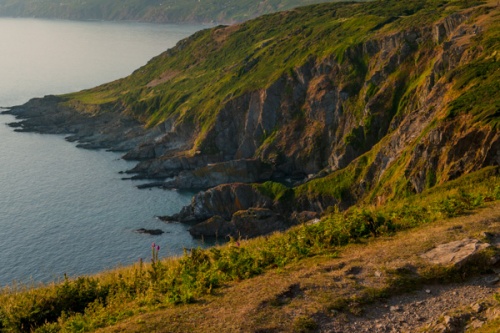 Apart from the coastguard lookout there is a well-preserved Iron Age hill fort on the peninsula. There was once a medieval chapel here as well, and crumbling ruins of the building can still be seen.

In Rame village, the delightful 11th-century church presents a relaxed reminder of the area's heritage. There is no electricity in the church, and the organ is one of the last remaining hand-pumped examples left in England.

Birds are abundant in the Rame area, including the rare Dartford Warbler as well as more common buzzards, kestrels, and peregrines. 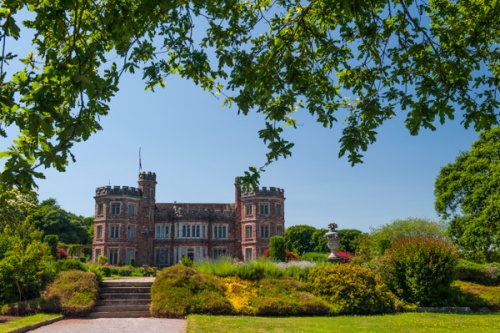 Dartmoor National Park
The landscape of Dartmoor is extraordinary; tall granite "tors" stand out atop two high plateaus split by the valley of the River Dart. On those plateaus the famous Dartmoor ponies still graze. Dartmoor is also blessed with an abundance of prehistoric remains. More ...