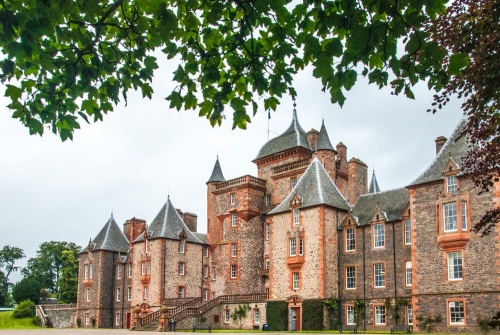 There are really two castles at Thirlestane, just outside Lauder in the Scottish Borders. The first is Old Thirlestane Castle, a fortified tower house beside Boondreigh Water. This L-shaped tower was the home of the Maitland family until the 16th century.

Around 1590 John Maitland, Chancellor of Scotland, was named Lord Maitland of Thirlestane, and it was he who built a new rectangular battlemented house on a hillside overlooking Leader Water, augmented with towers at each corner. 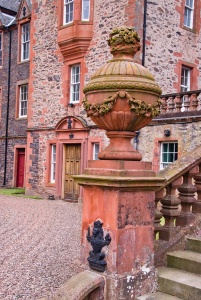 By 1670 the earlier house must have seemed old-fashioned to Lord Maitland's descendants, for another John Maitland, the 1st Duke of Lauderdale, called in architect Sir William Bruce to rebuild the 16th-century house in grand style.

Lauderdale was one of the most powerful men in the country, a close friend of the newly-restored king, Charles II, and a member of the Cabal, a group of the king's closest councillors. The term 'cabal' was made from the initials of the five lords who made up the group; Lauderdale providing the final 'l'. The Duke almost single-handedly acted as ruler of Scotland on the king's behalf, from 1660-1680.

Sir William Bruce was one of a new breed of 'gentleman architects'. Bruce called in Robert Mylne, the royal Master Mason, to provide the actual building know-how. One wonders just how much was done by Bruce and how much by Mylne. Whoever made the final decisions, a new castle began to take place under Bruce's authority, a symphony in Scottish baronial style; the tower house was rebuilt to form a six-storey block with projecting circular turrets in an arrangement that is unique in Scotland.

The design features three semi-circular towers jutting from each long wall of the block, with the central pair of towers providing a direct link between the cellars and the top floors. Stairs within the turrets then gave access to bedrooms on these storeys. The whole arrangement was not terribly efficient, but efficiency was often a poor cousin of first impressions in grand houses of this (or any) period.

Bruce added a symmetrical set of steps leading to the first-floor entry, flanked by projecting wings. In 1841 architect David Bryce extended the wings but did little else to alter the design or layout of the castle, so what we see today is essentially the 17th-century castle, though it masks some earlier 16th-century interior details.

Bruce brought in plasterers from Holyroodhouse to decorate the staterooms, and painters from Ham House in London. The result is an elegant suite of rooms featuring exceptional plasterwork and artistic details. The finest of these chambers are the Duke's Room, and the Large Drawing Room, where the design for the ceiling is so intricate that it took 5 years to complete. 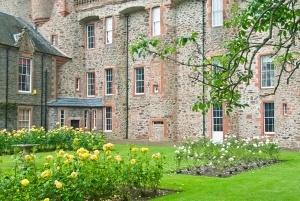 The rear of the castle
and family garden

Attached to the castle is the Museum of Border Country Life, a celebration of rural life in the Borders. among the collections of rural tools and crafts is a special collection of historic toys.

Our family stayed just a few miles down the road for a wonderful week in summer. We drove past the entrance to Thirlestane again and again over the first few days of our stay, but we always seemed to be going somewhere else. Finally, one dreary and rather cold day we decided to visit. I wish we hadn't waited.

At first glance, Thirlestane appeared to my eyes to be Victorian, but the longer I looked the more obvious it became that this was no mock fairy tale castle, but the real thing, albeit rather 'retouched' during the 19th century. But my word, the interiors are wonderful. I loved exploring the castle, and our children really enjoyed the toy collection in the museum. We had a wonderful visit.

NB. Some historians have suggested that Thirlestane Castle is built on the foundations of Lauder Fort, a castle erected by Edward I during his invasion(s) of Scotland. An investigation of the castle fabric, however, has not provided any evidence to back up this claim. That early fort was rebuilt by Edward II in 1324, and reoccupied by the Protector Somerset in 1548, only to be seized back by the Scots with French aid in 1550. 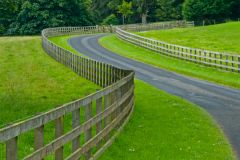 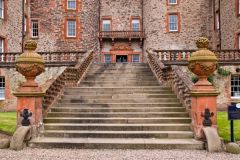 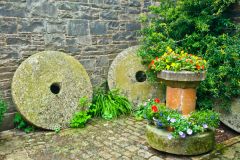 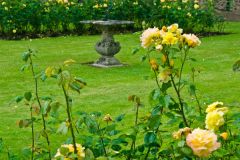 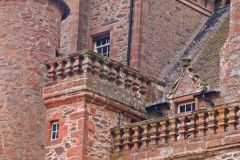 More self catering near Thirlestane Castle