The reigns of Alexander II and III are known as the golden age of medieval Scotland. Alexander III was the son of Alexander II, and the nephew and son-in-law of Henry III of England. Alexander's marriage to Henry's daughter Margaret helped secure a long period of peace between the countries, a period when trade flourished and the burghs gained importance.

Alexander was only 8 when his father, Alexander II, died in 1249. Scotland was ruled by regents during Alexander's minority, but when he was 20 years old he took control in his own right. He brought relative peace to the Scottish mainland, then he turned his attention to the Norse kingdom of the Western Isles, and resurrected his father's plans to bring the island kingdom under Scottish control.

Like his father, he tried the peaceable path first. He sent a mission to Haakon in Norway to ask about transferring ownership of the isles. Haakon ignored the appeal and threw the messengers into prison.

The struggle for the Western Isles
The Norse kingdom of the Western Isles went back centuries. Nevertheless, the growing strength of the Scottish crown and the independence of Scottish nobles in the Isles led Haakon, the King of Norway, to consider a show of force to emphasize his control.

The Battle of Largs
In 1263 Haakon sailed a large fleet of ships up Loch Long. He had his men carry the ships overland to Loch Lomond as a way of showing his power. Unfortunately for Haakon, a storm wrecked the rest of his fleet, and three longships went aground at Largs. Scottish vessels appeared, and the two forces skirmished briefly on the beach. The Norse then retreated and continued to carry out a visitation of Norse possessions in the Western Isles.

This minor episode became known as the Battle of Largs. It was essentially a non-event, at least in military terms, but the lasting effect was that the Norse lost influence, and Haakon reluctantly came to the realisation that only war would enable him to keep the Isles under Norse control. But that realisation never came to fruition, for Haakon fell ill (or, as other stories would have it, he died of injuries sustained at the Battle of Largs) and died at Kirkwall, Orkney.

Only three years later his son cut Norse losses and sold the western Isles to the Scottish crown for 4,000 marks and a small annual payment. To seal the bargain Alexander III sent his daughter to marry the new Norse leader. Their only child was a daughter, named Margaret, who would become famous as the Maid of Norway. The islands of Shetland and Orkney were not technically part of the sale and remained in Norse or Danish possession until 1469.

Alexander III's prosperous reign came to a sudden and unexpected end in 1286. The king died suddenly when he fell from his horse and tumbled over the high cliffs at Kinghorn, Fife. Since Alexander had no sons, his heir was his granddaughter, Margaret, the Maid of Norway. 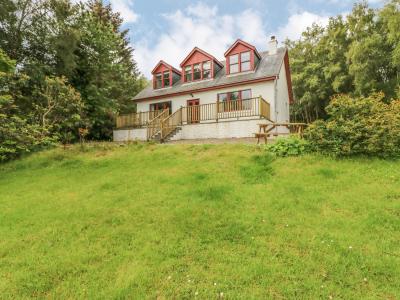 This wonderful detached cottage is situated on the outskirts of Glenuig, in the Scottish Highlands and can sleep six people in three bedrooms.
Sleeps 6 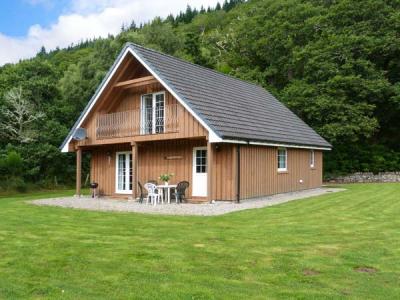