James was a baby when his mother, Mary, Queen of Scots, was forced to abdicate in his favour. The early years of James's reign were marked by repeated attempts to kidnap the king and take control of the throne. Of his four regents, two were shot, one was beheaded, and another died in office.

Not surprisingly, James had a disturbed childhood, but it was one marked by learning; James became one of the most educated men in Europe, taught by a follower of John Knox named George Buchanan. Unfortunately, along with laudable subjects like languages, astronomy, and mathematics, Buchanan taught James that the king was a subject of the people, and people had the right to get rid of a king.

Perhaps in reaction to these ideas, James read other theories of kingship, most importantly the idea that kings had a God-given right to rule; that they were above Church and State. This concept of the Divine Right of Kings would heavily influence James's life and the life - and death - of his descendants.

James was 21 when his mother was executed by Elizabeth I of England. Two years later he married Anne of Denmark. Together they ruled Scotland for the next 14 years.

James presided over a period of prosecution of people accused of witchcraft. He appeared to truly believe in witchcraft and was terrified by the threat witches posed.

The greatest change in Scotland during James's reign was the role of the church. Protestant reformers like John Knox helped establish a new Protestant church based on the Presbyterian principles of John Calvin.

When Elizabeth I of England died in 1603, James VI was named as her heir and took the throne of England as James I. James had a vision of uniting the two countries, and even created a new flag marrying the cross of St Andrews and the cross of St George.

James attempted to reform the Church of Scotland to run more like the English church, with bishops under control of the crown. James's heavy-handed efforts to change the church angered many Scots. On the positive side, he removed trade barriers between England and Scotland and reformed law and the justice system. 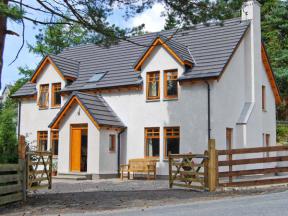 This detached cottage is set in Newtonmore and sleeps eight people in four bedrooms.
Sleeps 8 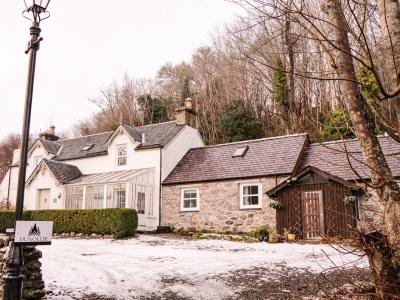 This superb cottage rests in Milton near Drumnadrochit, Scotland and can sleep seven people in three bedrooms.
Sleeps 6