Malcolm III, known as Malcolm Canmore, became king in 1057, and for the next 200 years members of his family followed each other to the throne. One of the most important events of Malcolm's reign actually took place south of the border in England.

In 1066, the Normans under William the Conqueror successfully invaded England and defeated the Saxons under Harold of Wessex. The last English claimant to the throne, Edgard the Atheling, fled north with his sisters Christina and Margaret to seek Malcolm's protection at Dunfermline. Margaret got more than Malcolm's protection; she got his hand in marriage.

Margaret brought many Saxon customs to Scotland; in time even the language of court became English, rather than Gaelic. Margaret was famous for her good works; she fought to improve the living conditions of common people. She established a ferry service across the Forth, which in time became Queensferry. She was also extremely pious and helped found Dunfermline Abbey, where both she and Malcolm were buried. Margaret was canonised as St Margaret, and her shrine at Dunfermline became a popular place of pilgrimage during the early medieval period.

Unfortunately, St Margaret's English influence was resented by the Celts of the north. This resentment manifested as a series of rebellions over the next few years. But Scotland's throne was secure in the line of Malcolm's descendants; three of Malcolm and Margaret's sons ruled Scotland one after the other; Edgar (1097-1107), Alexander I (1107-1124), and David I (1124-1153). This detached, stone-built property rests on the fringes of Strathpeffer and can sleep six people in three bedrooms.
Sleeps 5 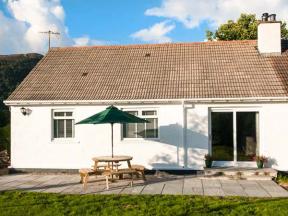 This stylish ground floor, semi-detached cottage is located in North Ballahulish, near Kinlochleven, and can sleep six people in three bedrooms.
Sleeps 6