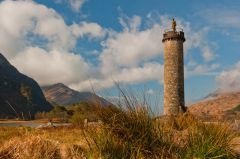 James VIII's attempts to retake the crown had come to nothing, so it was left to his son, Prince Charles Edward Stuart, known to history as Bonnie Prince Charlie. A man of great personal charm, the Prince was, unfortunately, not a strong military leader, and tended to hesitate when strong action was called for. This character failing would come to haunt him.

On 23 July 1745, Bonnie Prince Charlie came ashore on Eriskay, in the Outer Hebrides. He was counting on support from the Highland clans, but he also firmly believed that once he had begun his rebellion, he would get the popular support he needed to oust the unpopular George II. What the Prince did not realise is that very few people were willing to accept a Catholic king, so the support he was hoping for never materialised.

On 19 August Stewart raised his standard at Glenfinnan. He gathered a small army of Highlanders and captured Perth. Edinburgh surrendered without a fight, and the Prince proclaimed his father James VIII of Scotland and James III of England.

English troops under Sir James Cope marched on Edinburgh, but the Jacobites surprised them at Prestonpans and won a major victory. If Charles had moved swiftly south into England after Prestonpans, he might have been successful. But he waited, trying to gather support from the Lowland Scots. This support never materialised, and Charles's army remained essentially Highlanders. When Charles finally did march south in England the English government had raised a fresh army.

Again the Jacobites were initially successful; they took Penrith, Lancaster, Preston, and Manchester. At this point, Charles was counting on a groundswell of support from English Jacobites. But only 200 English men joined his army.

The Prince wanted to march on London, but the English had gathered an army under the Duke of Cumberland, and another under Wade waited in the north. Stewart had little choice but to retreat to Scotland. He defeated a force of Cumberland's men at Preston and marched back to Scotland. The Highlanders defeated Cumberland again at Falkirk, but despite these victories support for the Jacobite cause was melting away. Highlanders drifted away from the army and returned to their glens. Lowland Scots joined the government army.

Finally, on 16 April the hungry and exhausted Jacobite army met government troops under Cumberland at Culloden Moor, near Inverness. Charles's military advisors pleaded with him to withdraw; his army was in no shape to fight, and the terrain was against him. He did not listen.

Culloden was a sweeping and comprehensive defeat for the Jacobites. Cumberland's men overran the Prince's army, and spared no one, bayonetting even the wounded as they lay on the field. Cumberland ordered his men to give no quarter; he wanted to completely crush the Jacobite cause, and you'd have to say he succeeded. The ferocity of Cumberland's men and the vicious reprisals that went on long after the battle earned the Duke the name 'Butcher'.

Cumberland's men cut a swath across the Highlands, crushing every vestige of Jacobite sympathy and trying to track down the Prince. They burned houses and crops, looted, and killed suspected Jacobite sympathizers.

Bonnie Prince Charlie was helped by Jacobite supporters to make his way across the Highlands. Anyone who helped him risked death, and there was a price on the Prince's head. The most famous Jacobite to help Stewart was Flora MacDonald, who was visiting her brother on South Uist when she was persuaded to help the Prince escape.

MacDonald dressed the Prince as her serving maid and helped him take ship to Skye. From there he made his way to the mainland and was eventually able to take a ship back to France. MacDonald was arrested and tried for her part in the Prince's escape, but she was widely regarded by the public at large as a brave and even heroic figure, and was released.

Aftermath of the Jacobite Rebellion
The government was determined to ensure that there would be no further Jacobite risings. To do that, they needed to break the power of the Highland clans which had been the main power base for the Stuarts. They enacted new laws aimed at changing the traditional clan structure and destroying Highland culture.

Clan chiefs no longer had the power to make legal decisions. The chiefs had their lands taken away. All weapons had to be surrendered to the government on pain of death. Even bagpipes, which were classed as a weapon, had to be turned in. The wearing of traditional clan tartans was forbidden.

Anyone wearing a tartan could be transported abroad (strangely, the government allowed Highlanders joining army regiments to serve overseas to wear the tartan). The lasting effect of these measures was to change forever the traditional clan structure and pave the way for the excesses of the Highland Clearances that were to come. Many Highlanders left Scotland and emigrated overseas.


Muir of Ord (Self catering) 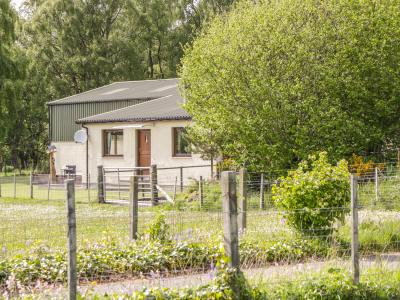 A semi-detached property situated on the outskirts of Muir of Ord. It houses one bedroom and can sleep up to two people.
Sleeps 2 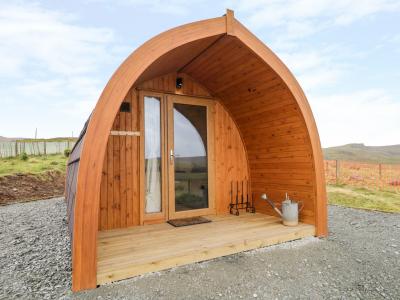 This wooden pod rests in Kilmaluag near Staffin on the Isle of Skye and can sleep two people in one bedroom.
Sleeps 2