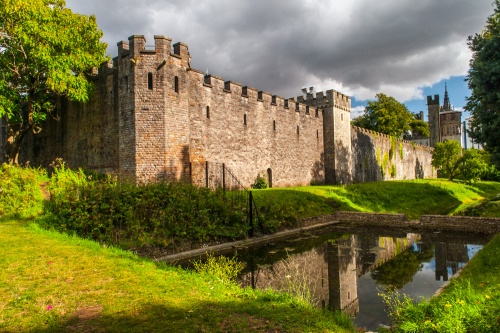 Cardiff Castle is a Victorian extravaganza built by the wealthy third Marquess of Bute on medieval foundations within a Norman wall. The Marquess enlisted William Burges as his architect and built the castle with every conceivable decoration possible in its interior. The castle is located in the city centre within the site used by both the Romans and the Normans for defensive purposes.

The 12-sided Norman keep sits on top of a small hill, providing views over Cardiff city. The Castle's extravagant rooms are themed, with astrological and Biblical themes throughout. The 15th century Great Hall is the oldest room in the castle and relates to the son of William the Conqueror.

The Winter Smoking Room, located in the Clock Tower, is themed to time, with its decor representing the seasons of the year and the days of the week. The Arab Room is decorated with gold and sandalwood and parrots, one of the architect Burges' favourite animals.

Understandably, the nursery decorations represent fairytales and nursery rhymes. The bedroom with its mirrored ceiling has a religious theme. Marble fireplaces adorn many of the rooms. 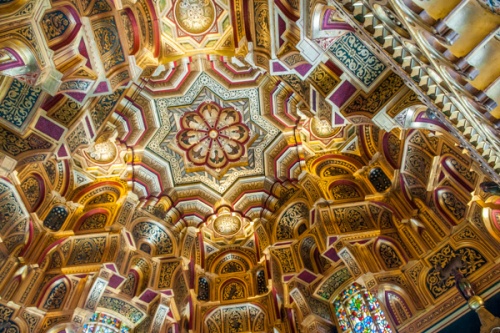 The first fortification was built by the Romans, and sections of Roman brickwork can still be seen in the wall. In 1081 the Normans established a motte within the walls of the Roman fort, raising it to a height not equalled anywhere in Wales. After the Welsh leader Iestyn ap Gwrgan was defeated in 1091, Robert fitzHamon took control of Glamorgan. FitzHamon erected a wooden keep on the earlier motte, but his son-in-law, Robert, Earl of Gloucester, replaced the wooden structure with a stronger masonry keep.

The formidable new keep did not deter Ifor ap Meurig (Ifor Bach), who led troops in the middle of the night to scale the castle walls and carry off the count, countess, and their son. He kept the Normans prisoner until they agreed to return lands seized from him, and grant him new property in compensation.

The castle passed to the powerful de Clare family (see Caerphilly Castle) in 1216. They strengthened the defences to keep Llewelyn ap Gruffudd at bay. Gilbert de Clare 'The Red' built the Black Tower beside the current entrance.

In the early 14th century the castle passed to the Despensers, who held it until 1414 when it passed by marriage to the Beauchamps, Earls of Warwick. Richard Beauchamp built the octagonal tower that bears his name. The castle later came into the possession of the Herbert family. They built the square Herbert Tower and extended the west range. 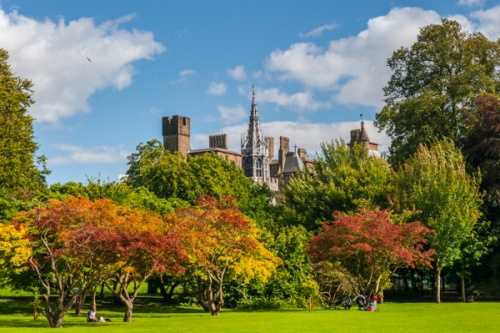 It was left to the Mount-Stewart family, later Earls of Bute, to renovate the medieval fortress into the sumptuous stately home we see today. John Mount-Stewart hired Robert Adam to convert the castle to an elegant country house.

Adam's extravagant plans were never carried out, and Capability Brown and his son-in-law Henry Holland were hired to make the transformation. They built the Bute Tower to match the earlier Herbert Tower, and created a Gothic residence from the medieval remainder.

By 1818 the castle had decayed to such an extent that the Bute family surveyor wrote that he had 'never seen an estate in a more neglected condition.' That was about to change, for the 2nd Marquess turned Cardiff into an international shipping centre, and on the proceeds his son, the 3rd Marquess, was able to transform the castle into a fairytale residence that manifested his very Victorian tastes. 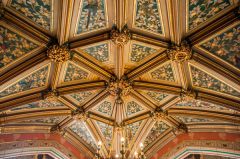 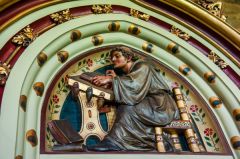 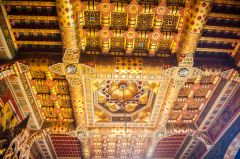 More self catering near Cardiff Castle >>