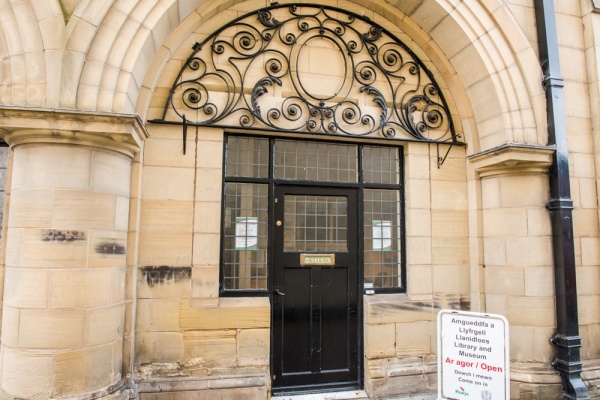 Llanidloes Museum is an excellent museum of local history, located in the Town Hall, where it shares space with the Llanidloes Library. The Town Hall was built in 1908 as a temperance hotel.

The museum was established in 1930 and was originally housed in the town's iconic timber-framed Old Market Hall at the junction of Long Bridge Street and Great Oak Street. The museum moved to the town hall in 1995, initially in one room. In 2000 the museum gained an extra room, thus doubling in size. The museum closed temporarily in 2016 due to cost-cutting measures by Powys County Council but reopened in 2017 with a reduced collection, in a space shared with the Library. 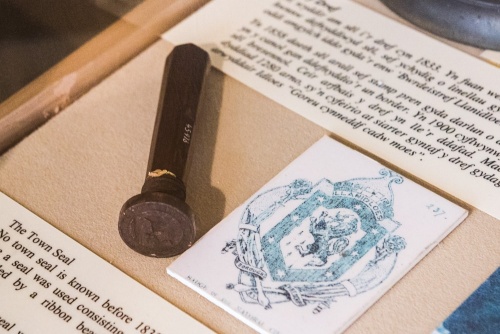 The museum covers the history of the Llanidloes region, emphasising the last 300 years. One of the most important events during that period was the Chartist riots of 1839, when workers campaigning for democratic rights clashed with the authorities and freed several of their members who were being held in the Trewythen Arms Hotel on Great Oak Street.

There are old photos and objects connected to the Chartist riots, and a reproduction of a 'Wanted' poster offering up to 100 pounds reward to anyone who could help capture Thomas Jerman, a carpenter, and Lewis Humphreys, a shoemaker, who were freed by the mob.

Intermixed with the library book stacks are displays on trade and tourism, local history, and the lead mining industry, and the wool trade.

Set behind glass are three recreated historical scenes. One shows a typical Victorian kitchen and laundry scene, centred around a fireplace with a crane, kettle, and fire irons. Surrounding the fireplace are shelves stocked with typical kitchen utensils such as a tea caddy, jelly moulds, butter prints, wooden bowls and plates, and sugar cutters.

Another Victorian room setting depicts a typical parlour, with period furniture including comfortable chairs and a cradle.

The third room setting is a recreation of a gentleman's study, where the museum's collection of natural history artefacts can be seen as they would have been displayed in the 19th century. 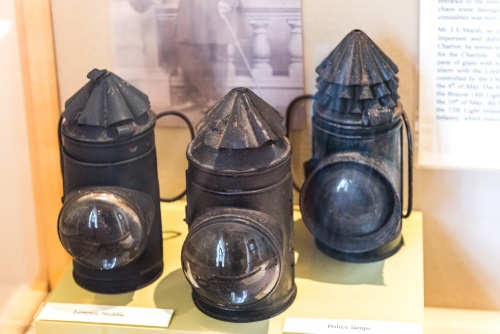 A trio of Victorian policeman's lanterns

The lead mining industry played a huge role in the history of Llanidloes. One of the most important mines were the Van Mines, established in 1865. At one time the Van Mines were among the richest mines in the country, but when the market collapsed in 1878 the company's profits plummeted and they were forced to lay off over 500 men. The mines limped along for a decade but finally closed in 1892.

Tucked into a corner is a model of a mineshaft, beside a display of lead ore mined locally (along with the hand-tools used to extract the ore from the earth), and a 19th-century Colt revolver used by a captain of the Van Mines when collecting the miners' wages from Llanidloes. Other mining artefacts include a surveyor's instrument made of brass and a fascinating watch-holder, also made of brass, used to carry a watch underground.

There are also very good exhibits of old photographs depicting Llanidloes in times past.

One of the most unusual exhibits is a stuffed two-headed sheep, born in 1912, much to the surprise of a local sheep farmer. You can see old police lanterns and there is a very good display of civic regalia including the official town seal.

It won't take long to see the exhibits, but it will help gain an appreciation for the town and its history, and it is wonderful to see the museum and library combining to offer a multi-purpose venue serving both locals and visitors alike. The museum is open 4-5 days a week, with longer hours in the summer months. See the official website for current opening times. 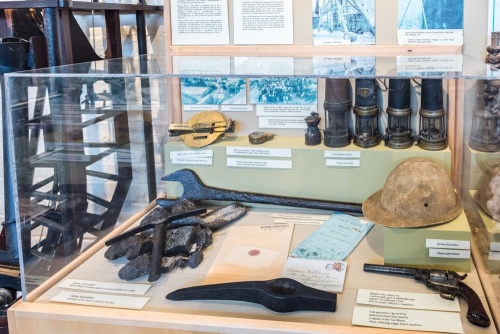 More self catering near Llanidloes Museum