HERITAGE HIGHLIGHTS:   The only surviving London home of Charles Dickens 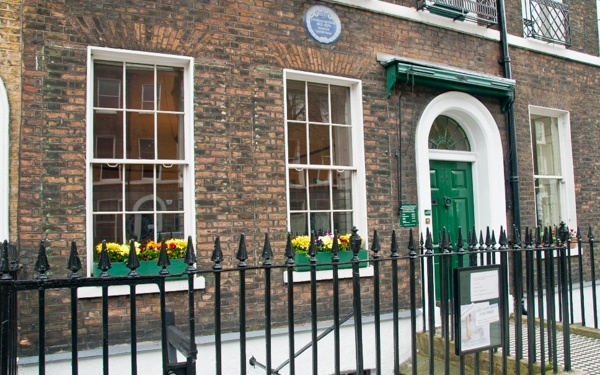 I walked down Doughty Street, sure that I was approaching my destination. All I saw was a pleasant, if unremarkable, street of terraced Georgian houses. I checked my map. Yes, the address was right. It was only as I actually got close to number 48 that I saw the green bunting and plaque suggesting that his house was something out of the ordinary.

And that's part of the appeal of the Charles Dickens Museum. It isn't a glitzy purpose-built museum, it is a simple London residence for a family of moderate means, and that's what the Dickens family was in 1837. 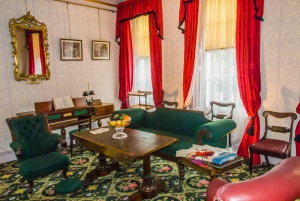 Charles Dickens moved to a simple terraced house on Doughty Street in 1837 and left just two years later in 1839. In those two years, he wrote two novels, Nicholas Nickleby and Oliver Twist. Two of his daughters were born here.

More tragically, his sister-in-law Mary died here at the age of just 17 years. Though Dickens liked the house, he needed a larger residence for his growing family, and he left for 1 Devonshire Terrace in 1839.

The house remained a residence until 1923. It was in very poor condition and threatened with demolition when the Dickens Fellowship purchased the property. The first museum was opened just two years later. Over the subsequent eight decades, the museum has accumulated the largest collection of Dickens memorabilia in the world.

Among the collection are personal belongings, family mementoes, portraits, rare book editions, and original manuscripts. The collection now numbers over 100,000 items, and though not all the objects can be displayed at the same time due to space limitations, private viewings can be arranged.

The Dickens Museum is a very simple house, with a tiny garden behind. One unexpected treasure in the garden is an original stone step from St George's church, Southwark, where Little Dorrit and her husband stand at the end of the book.

I was blown away by the museum. I grew up reading Dickens, and considered him a literary icon. But there's something about seeing the day to day life of the writer, father, husband, and real human being behind the literary giant that really hit home.

The exhibits really show Dickens 'behind the mask', and I came away with a greater appreciation for the author and his work. I loved the museum and highly recommend it if you enjoy Dickens' writing even a little bit. 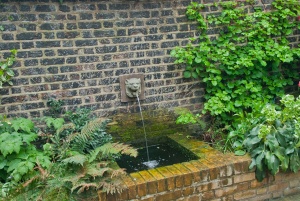 A fountain in the rear garden 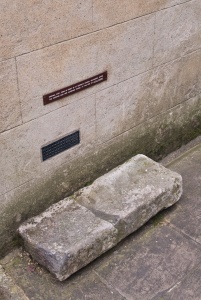 Note: You can get Free Entry to Charles Dickens Museum with the London Pass