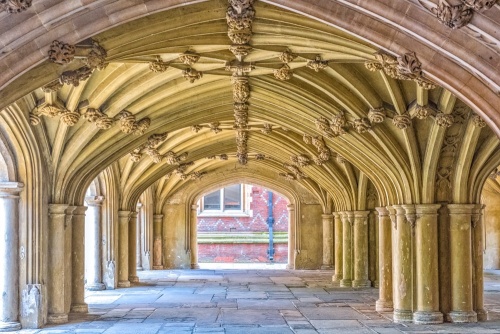 In the heart of Legal London, hidden away from the hustle and bustle of the busy city outside, stands the historic chapel of Lincoln's Inn, surrounded by a mix of historic buildings going back to at least the 15th century. The Lincoln's Inn Chapel dates to 16233 and was designed by Inigo Jones.

The origins of Lincoln's Inn are lost in the mists of time, but we do know that it was in existence long before the first written records occurred in 1422. It is possible that the name 'Lincoln's Inn' refers to Henry de Lacy, the 3rd Earl of Lincoln (d. 1311). The Earl owned property in this area of London and may have been one of the Inn's earliest patrons.

We know that there was a Chapel at Lincoln's Inn in 1580 when the Inn's 'Benchers' purchased the freehold of the property from the Bishop of Chichester. A Bencher is a member of the Council, the body responsible for administering the Honourable Society of Lincoln's Inn. 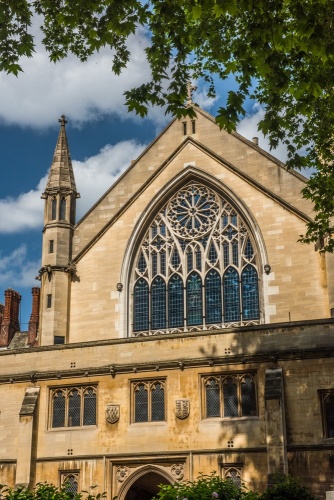 By the early 17th century that chapel was proving too small and in need of replacement. Architect Inigo Jones, best-known for his design of the Queen's House in Greenwich, was called in to design the new building. Work started in 1620 and was complete by 1623. The chapel was repaired in 1685 with input from another famous English architect, Sir Christopher Wren.

Much of the chapel was rebuilt in 1797, and there was a major refurbishment in 1883. More repairs were needed in 1915 when a Zeppelin bomb fell in neighbouring Old Square and blew out the glass of two windows. The lesson was learned, and when WWII broke out all the chapel's glass was removed and put in storage for the duration of the war. You can see pockmarks caused by wartime damage on the north wall and the undercroft. 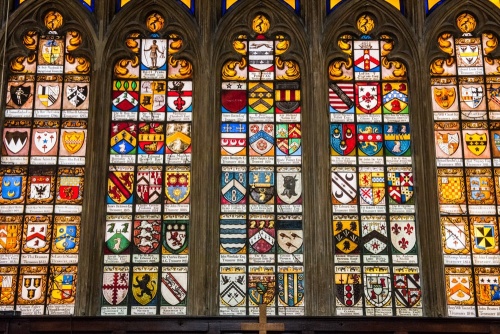 In the 18th century the undercroft was used by poor mothers to leave newborn babies they were unable to care for. The foundlings were usually cared for by the Inn and were all given the surname Lincoln. 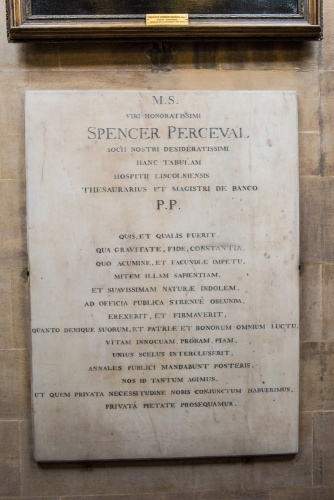 The Chapel boasts a bell that forms an important part of Lincoln's Inn tradition. The bell is said to have been cast in 1596, though this seems unlikely. According to an ancient tradition, the bell wound sound the curfew at 9:00 pm each night, with a stroke added for every year of the serving Treasurer's age. The bell is also rung between 12:30 and 13:00 to mark the passing of a Bencher.

One of the highlights of the Chapel interior are the six richly coloured painted glass windows, designed by the Van Linge brothers. These are not 'stained' glass windows, but painted glass, where vitreous enamels were painted onto clear glass to create a design which was then fired.

Abraham and Bernard van Linge were natives of East Frisia who worked in Paris. They fled France in 1621 during a period of religious intolerance and found a new home in London. The brothers painted glass designs are featured in several Oxford colleges, including Lincoln College, Christ Church College, and the reading room at the Bodleian Library. 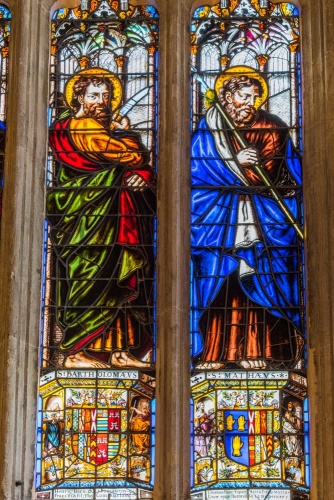 There are three Van Linge windows on each side of the chapel. Those on the south side depict the Chapel and the Hall of Lincoln's Inn with figures representing the Treasurer and the City of London accepting the keys to the Chapel in 1623.

The large east window depicts heraldic coats of arms of the Treasurers of Lincoln's Inn, beginning in 1689.

Another thing to look for is a memorial plaque commemorating Spencer Perceval (1762-1812), the only British Prime Minister to be assassinated. Perceval was educated at Lincoln's Inn and practised as a barrister before becoming a King's Counsel. The then turned to politics where he experienced a meteoric rise as a follower of William Pitt the Younger.

Perceval served as Chancellor of the Exchequer and Leader of the House of Commons before becoming Prime Minister in 1809. He was killed by a merchant named John Bellingham who had been imprisoned unfairly in Russia and had his claims for compensation ignored by the government.

The Chapel is used for musical performances as well as church services. It is normally open daylight hours to visitors and is the only one of Lincoln's Inn's building to be open (visitors are always welcome to walk through the Inn).

There are two ways into Lincoln's Inn; through the historic medieval gatehouse on Chancery Lane and from the picturesque set of gates facing Lincoln's Inn Fields on Serle Street. The nearest underground is Chancery Lane. 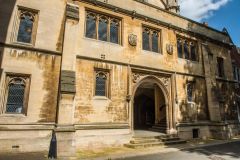 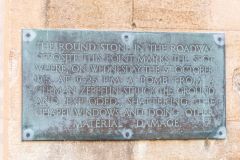 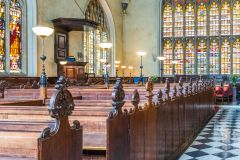 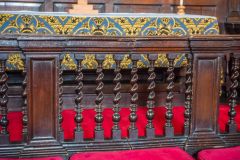 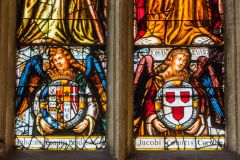