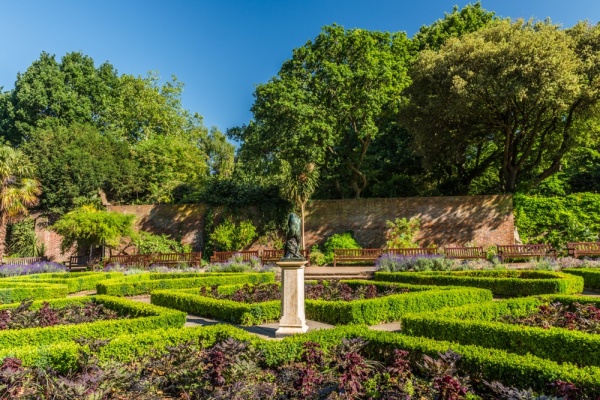 Holland Park is a 54-acre public park in the Royal Borough of Kensington and Chelsea. The park was created from the grounds of Holland House, a 17th-century mansion that was once the social centre of political life for the Whig Party. It is bordered by Kensington High Street to the south and by Holland Park Avenue to the north.

In 1605 Sir Walter Cope, a courtier and later Chancellor of the Exchequer at the court of James I, built a fashionable home in what was then a countryside area west of London. The new house was known as Cope Castle.

Cope's estate stretched to over 500 acres and included plantings of exotic trees imported to England by the famed gardener John Tradescant the Younger. Cope entertained his royal master and mistress several times, and the king spent the night here in 1612 after the sudden death of his son and heir Prince Henry.

Cope's son-in-law was Henry Rich, 1st Earl Holland, who extended the original house by adding a pair of wings linked by arcades.

In 1629 Rich called on Inigo Jones to design a pair of stone piers in the form of Doric columns, topped by griffins bearing the coats of arms of the Rich and Cope families. The piers were intended to support a set of large wooden gates that would act as an imposing formal entrance. The columns are still standing, though the gates are long gone. 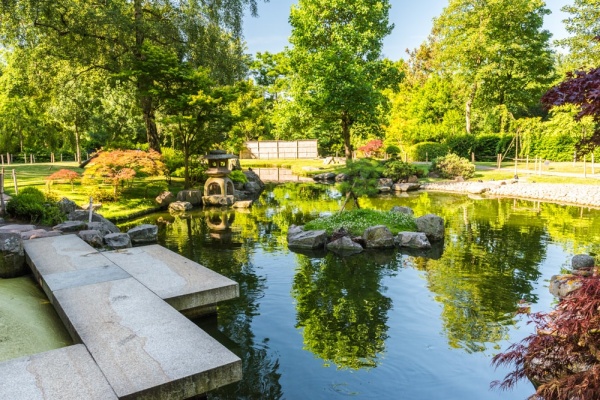 The Earl supported the Royalist cause in the English Civil War and was executed by Parliament. Holland House was then used as a military base by Parliament, and Oliver Cromwell visited numerous times. as for Lord Holland, his execution was not his final appearance in the tale; his ghost is said to haunt the ruins of Holland House, carrying his severed head under its arm.

In 1768 Cope Castle was purchased by Henry Fox, the 1st Baron Holland, and renamed Holland House. When the Baron's son Charles James Fox inherited Holland House he made it the centre of a social whirl for the Whig Party.

In 1940 Holland House suffered severe damage from German bombs. Only the east wing and a row of arcades survived the blast. After the war, the grounds of Holland House were transformed into a public park, incorporating numerous historical features. The surviving wing of Holland House lives on as a [very elegant] youth hostel.

The house's former front terrace has been transformed into an open-air theatre venue, which hosts regular concerts and theatrical performances during the summer months.

The gardens and woodland that were part of the Holland House estate now form the bulk of Holland Park. 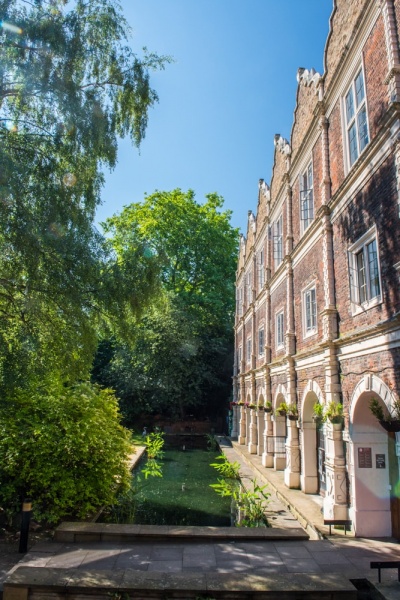 The remains of Holland House, now a youth hostel

The northern section of the park includes formal gardens near Holland House, and woodland split by broad paths. The woodland is dotted with sculptures, including a likeness of Lord Holland sculpted by George Frederic Watts.

The southern half of Holland Park is more open, with areas given over to recreation, such as tennis, golf, and cricket. There are play areas for younger children, and near the southern entrance to the park is the Design Museum. Holland Park covers 22.5 hectares and is the largest public park in Kensington and Chelsea. 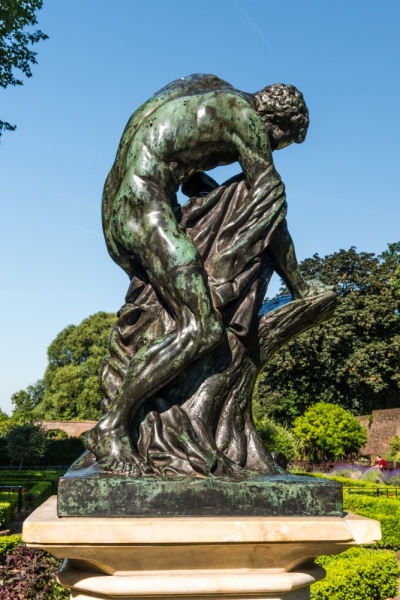 A statue in the terrace gardens

This small garden is located in the extreme north-west corner of the park. The name refers to the garden's shape, which looks like a reversed letter D. The main point of interest here is a large sculptural sundial with the gnomon a large metal triangle rising above an oversized metal tortoise. East of the D Garden is a Wildlife Enclosure (closed to visitors), and a large pond.

South of the Wildlife Enclosure is the Chestnut Walk, a broad avenue bounded by chestnut trees. South of this is Lime Tree Walk, leading to Lord Holland's Pond, where you can see the statue of Lord Holland mentioned earlier. 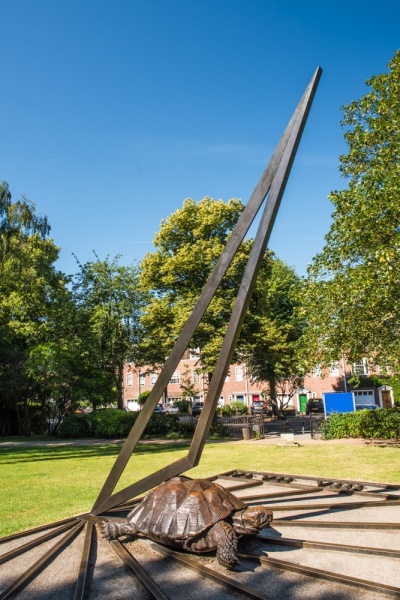 Sundial sculpture in the D-Garden

In the northern section of the park is the Kyoto garden. This beautiful Japanese garden space was created for the Japan Festival in 1992, and is centred on a koi pond, with a lovely waterfall tumbling down to a stone bridge, surrounded by carefully shaped Japanese maples. The garden was a joint project of the Kyoto Chamber of Commerce and the Royal Borough of Kensington and Chelsea. 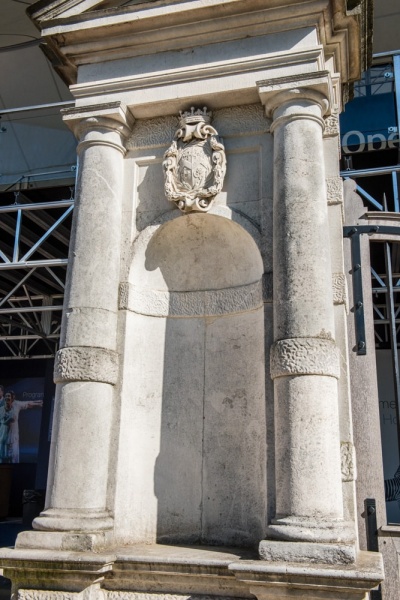 The park is free to enter and is open daily from dawn until dusk.

The nearest tube stations are High Street Kensington and Holland Park, both about a 10 minute walk away. The nearest rail station is Kensington Olympia, roughly 15 minutes away on foot. The park is served by bus numbers 9, 10, 27, 28, 49, and C1. 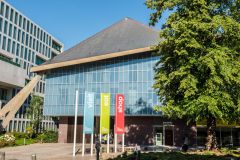 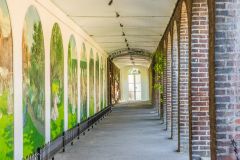 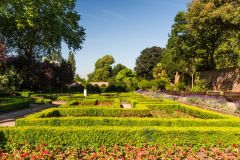 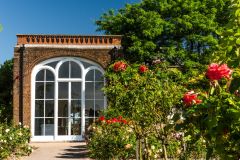 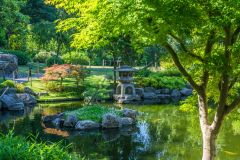 More self catering near Holland Park