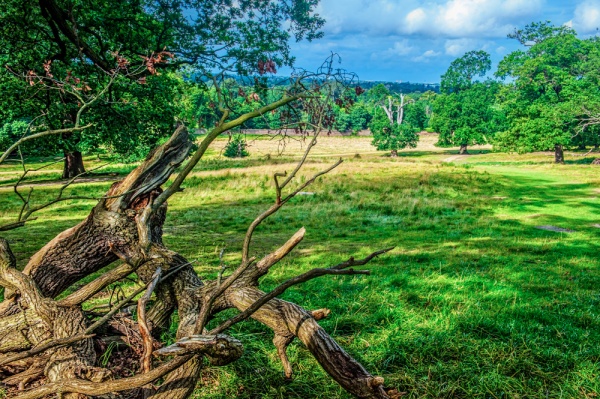 Richmond Park is London's largest royal park, covering over 2500 acres (roughly 1,000 hectares). It was formed in 1637 when Charles I enclosed the area as a royal hunting preserve. Though the enclosure was predictably unpopular at the time, the fact that the parkland was in royal ownership did prevent it from being swallowed up by the urban sprawl of London.

Charles must have been struck by the beauty of the place, and its possibilities as a hunting preserve, when he moved his entire court to Richmond in 1625 to escape an outbreak of plague in London. When Charles enclosed the park inside a stone wall he expressly allowed the public right of way.

That decision proved important in 1751 when Princess Amelia became ranger of Richmond Park and immediately closed it to the public, admitting only her close friends or those granted special permits. The princess refused to listen to the public outrage, but in 1758 a local brewer named John Lewis was stopped from entering by a gatekeeper. He took the gatekeeper to court, and the court ruled in his favour, citing King Charles I's original intent to keep the park open. The princess was forced to lift her restrictions on entry, and the park has been open to the public ever since.

Though Richmond Park is a royal park, it has been administered by the government since 1851.

Though the park is known primarily for its woodland and grassland, it is also home to 30 lakes and ponds. Among the latter are Pen Ponds, formed from ditches dug in the 17th century to drain the boggy ground. The Ponds were later used to raise carp for food. 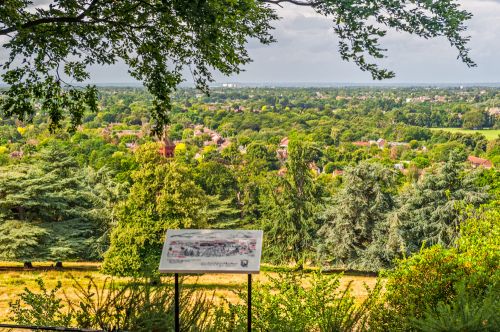 In the south of the park is an attractive 40-acre woodland garden within a larger 19th-century forest plantation. The most popular features of the Isabella Plantation are the evergreen azaleas, at their best in late April and early May. Within the garden plantation is the National Collection of Wilson 50 Kurume Azaleas, which share space with very large collections of camellias and rhododendrons.

At the highest point in Richmond Park is an elegant Georgian mansion named Pembroke Lodge. It may look elegant now, but the Lodge began as a humble single-room cottage for a mole-catcher. His job was to deal with the moles, whose molehills presented a danger to horsemen during hunts. It was later enlarged to provide a residence for a gamekeeper, who then in turn let it out to Elizabeth, Countess of Pembroke. The Countess so loved the house and its semi-rural location in Richmond Park that she asked King George III to grant it to her. The king agreed, and a new lodge was built elsewhere in the park for the gamekeeper.

From 1788 the Countess of Pembroke called upon popular society architects Sir John Soane and Henry Holland to transform the lodge into a fashionable residence. After theCountess died in 1831 King William IV granted the lodge to his son-in-law the Earl of Erroll, who extended the house. Queen Victoria later gave it to John Russell, who served as her Prime Minister. The queen visited Lord Russell at Pembroke Lodge, as did literary figures such as Charles Dickens, Lewis Carroll, and and William Thackeray. Bertrand Russell, the philosopher, spent his childhood years here.

The Lodge was occupied by the military during WWII, and was used as a base by the Phantom Squad, GCHQ Liaison Regiment, among whose members was the actor David Niven. It suffered direct hits from bombs in 1942 and again in 1944. The Lodge was converted by the government into flats for park staff, then more recently transformed into a popular wedding venue. 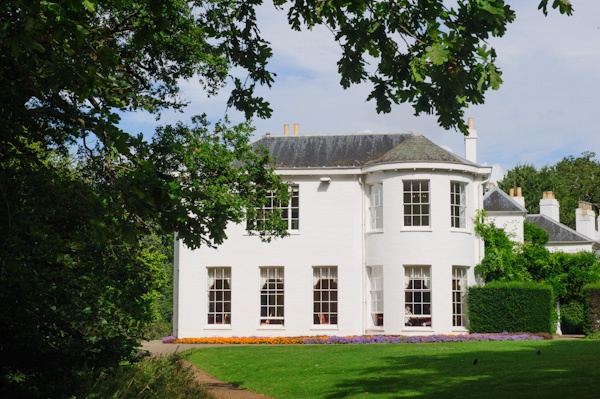 Just outside Pembroke Lodge Gardens is Poets Corner, where you will find a park bench donated by the family of rock singer Ian Dury, who used to take his children into the park to play. The back of the bench is inscribed with the title of one of Dury's songs, 'Reasons to be Cheerful'.

Nearby is a curving memorial seat commemorating James Thomson, an 18th-century Scottish poet most famous for penning the lyrics of Rule Britannia!. Thomson spent the last yeas of his life in Richmond. Nearby is a black wooden memorial board to Thomson, who died in 1748.

In Pembroke Lodge Gardens stands a low mound offering a good view towards the City of London. Though it is a peaceful place, it has a bloody history, or at least, a connection to bloody events. It was here on 19 May 1536 that Henry VIII watched and waited to see a rocket fired from the Tower of London. The rocket signified that Anne Boleyn, Henry's second queen, had been executed and the king was free to marry Jane Seymour.

At least, that is the traditional story.

Unfortunately, it seems unlikely to be true. Henry is believed to have spent that night in Wiltshire, which would have been impossible if he was waiting in London for word that the queen had been beheaded. It seems much more plausible that the mound is in fact an ancient burial mound that was later adapted as a viewpont for hunting and falconry in the park.

Whatever its history, King Henry's Mound offers wonderful views over the park below and across to the sprawl of the city beyond. You can see the dome of St Paul's Cathedral 10 miles to the east and enjoy a panoramic view over the Thames Valley to the west. The view east to St Paul's is carefully preserved, with a keyhole 'window' cut through the hedges around the mound to provide an unobstructed line of sight. No new buildings are allowed to be built that would obstruct this timeless view. There is a public telescope on the Mound, aligned with St Pauls. 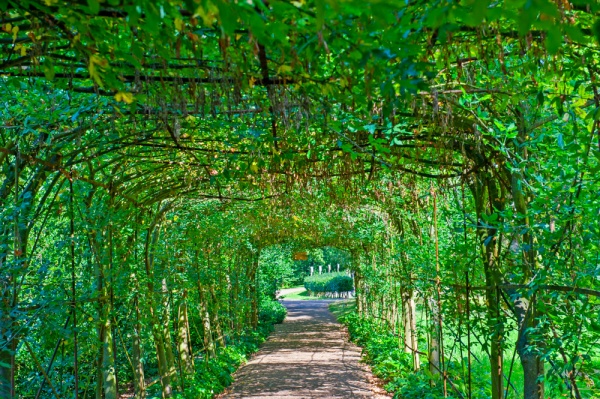 Richmond Park is famous for its population of red and fallow deer, which have been allowed to roam freely throughout the park since 1637. The deer have played a large part in helping shape the landscape of the parkland, and their grazing helps maintain the grassland environment.

As you walk through the park look for the distinctive 'browse line' on the tree trunks; you can clearly see where deer have eaten all the twigs and leaves they can reach up to a height of around 1.5m. The deer engage in the annual 'rut', with male stags (red deer) and bucks (fallow deer) competing for females. The young deer are born from May-July and are often hidden in the long grass and bracken. Be aware and do not approach young deer or come between calfs and mothers.

Richmond Park is London's largest Site of Special Scientific Interest and an important international area for wildlife conservation. It has also been named a National Nature Reserve and a Special Area of Conservation. It is especially valuable for its ancient trees, especially oaks, which have both a historic and a conservation importance. The trees help support a wide variety of woodland fungi, and several unusual types of beetles. Over 1000 different species of beetle have been spotted within the park.

Richmond Park has a wide variety of recreational activities. There is a golf course on the west side of the park, three rugby pitches on the north, and numerous walking and cycling trails throughout the park. Several local stables ride horses in the park, and you can also hire bicycles in summer from the Parkcycle centre in the car park near Roehampton Gate.

Other historic buildings within the park include white Lodge, built as a hunting lodge by George I in 1730. Members of the royal family have lived at White Lodge, and Edward VIII was born here. The mansion now houses the Royal Ballet School.

Thatched House Lodge was built as a residence for park keepers in 673. It was rebuilt by Sir John Soane in 1771. The house itself is not thatched; the name comes from an 18th century thatched summer house in the gardens.

The park administration is housed in Holly Lodge, built in 1735. 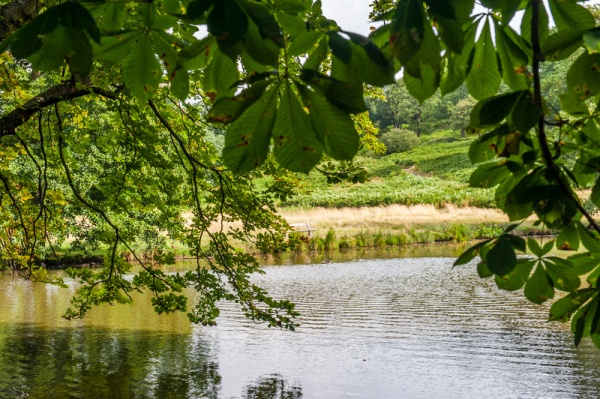 Richmond Park is open to vehicles from early morning throughout the year (check the official website for exact times), but the pedestrian gates are always open except during the deer cull in February and November.

The easiest access by public transport is by tube to Richmond Station (District Line) then by bus 371 or 65 to Petersham pedestrian gates. There are also 8 car parks around the park.

Our family took a more vigorous approach to explore the park; we walked from Teddington Lock and did a circular route taking in Pembroke Lodge before turning back and rejoining the Thames Path on its way to Ham House. That's probably more than most families will want to take on, but it was a wonderful experience. 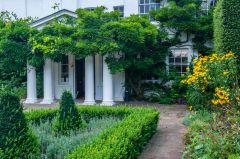 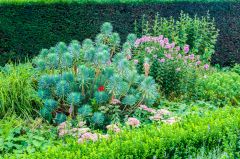 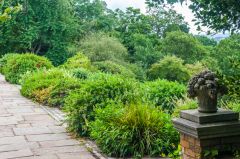 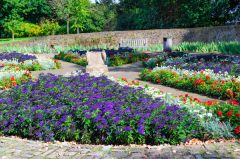 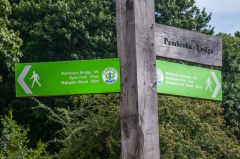 More self catering near Richmond Park