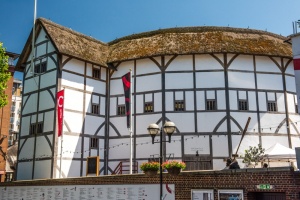 Henry's son Henry VIII made Whitehall Palace the principal royal residence in the city, and after Cardinal Wolsey "gave" Hampton Court to Henry, that palace became a countryside retreat for the court.

During Henry's Dissolution of the Monasteries, the 13 religious houses in London were either converted for private use or pulled down for building materials. All that now remains are the names they gave to areas of the city, such as Whitefriars and Blackfriars.

Many areas that are now London parks were used as Royal hunting forests during the Tudor period. Richmond Park served this purpose, so did Hyde Park, Regent's Park, and St. James Park.

An international exchange was founded by the mercer Thomas Gresham in 1566 to enable London to compete for financial power with Amsterdam. This became the Royal Exchange in 1560 and is now housed in a massive Victorian building beside the Bank of England Museum in Mansion House Square.

In 1598 John Stow, a retired tailor, wrote a survey of the city of London, which gives a wonderful historic snapshot of the state of Tudor London and its history. Stow is buried at St. Andrew Undershaft, and a ceremony is held there every year celebrating his life.

After the Reformation, theatres were banned in the city of London, but it wasn't for religious objection to the play's contents. Rather, the city authorities (read guilds) thought they wasted workmen's time.

Rather than disappearing, the theatres moved across the Thames to Southwark, outside the authority of the city government. Southwark became the entertainment district for London (it was also the red-light area).

The Globe Theatre, scene of many of Shakespeare's plays, was built on the South Bank in 1599, though it burned down in 1613. A modern replica, also called the Globe, has been built near the original site. Southwark was also a favourite area for entertainment, like bull and bear-baiting.

Unfortunately, many of London's Tudor buildings were destroyed in the Great Fire of 1666, so it is difficult to get a real sense of what the city was like at that time.