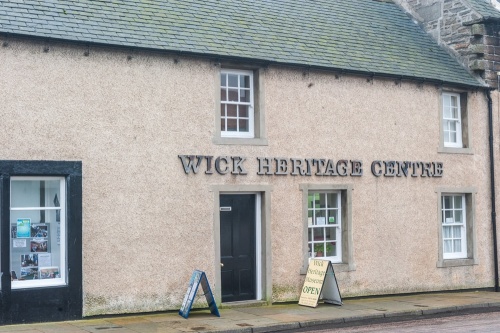 Located in a set of heritage buildings near the harbour, the Wick Heritage Centre is a treasure trove of local history, a veritable Aladdin's Cave of heritage, with a vast collection of artefacts tracing the history of Wick.

The Wick Heritage Centre is like Dr Who's Tardis; it looks small on the outside, and frankly rather unimpressive, but once you enter inside the museum you realise just how big it is, and how much is crammed into this old collection of historic warehouses near Thomas Telford's harbour; one exhibition chamber leads to the next, and to another beyond that, in a bewildering and seemingly endless series of rooms, each with a different focus, from the birth of Wick as a centre for the herring trade, to recreations of historic rooms, including a kippering kiln, where fish were hung to dry. 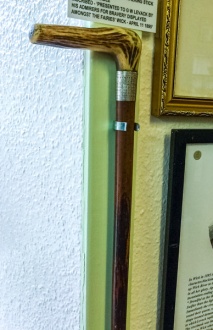 There is a special exhibit of Caithness Glass, originally, but sadly no longer, made in Wick. Other exhibits show a vast array of objects from the town's history as a royal borough, including official seals and symbols of office.

There are historical costumes, objects from everyday life as diverse as dolls and furniture. See examples of the traditional 'Caithness Chair', known for its incomplete seat, and read about some of the historical characters who contributed to Wick's fascinating history.

Among these characters was George Levack, who in 1895 went for a walk with his friend along the Wick River. According to the tale the pair later told, they were surrounded by faeries, which Levack was able to disperse by saying, 'In the name of all that is holy, depart'.

When the story became known, Levack was feted for his bravery, given a civic dinner, and awarded a silver-topped cane. You can see the cane, hanging on the wall near the museum entrance.

For me, the highlight of the Heritage Centre is the wonderful collection of old photographs, the work of three generations of the Johnson family. The Johnson collection is quite exceptional; they photographed seemingly every aspect of life in Caithness, from street scenes to fishing boats, portraits to architecture.

Some of the photos are quite extraordinarily beautiful, and when you consider that many were made with glass plates, and had to be painstakingly developed in a darkroom, the value of the collection is obvious.

There are hundreds of prints on display, but these only represent a fraction of the entire collection. To accompany the photos is a collection of original cameras dating to the Victorian era, and a recreation of the Johnsons' original studio, with the actual furniture they used to create portraits over 150 years ago.

Caithness is lucky to have so many excellent museums focussed on local heritage, but for my money, the Wick Heritage Centre stands at the top of the list; it is an extraordinary resource both for visitors to the area and local residents; a real gem of a museum. Give yourself plenty of time to explore! 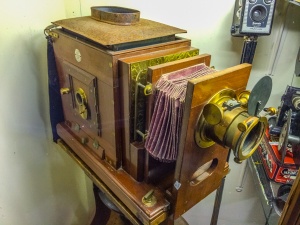 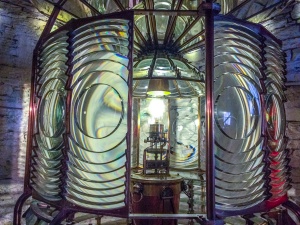 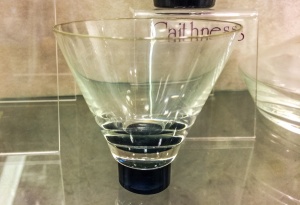 Part of the Caithness Glass display 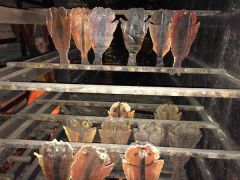 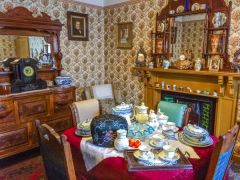 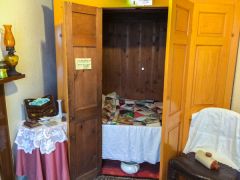 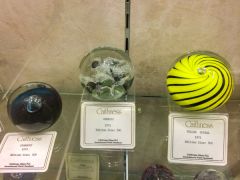 Nearby accommodation is calculated 'as the crow flies' from Wick Heritage Centre. 'Nearest' may involve a long drive up and down glens or, if you are near the coast, may include a ferry ride! Please check the property map to make sure the location is right for you. 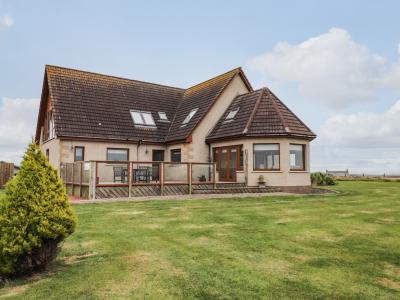