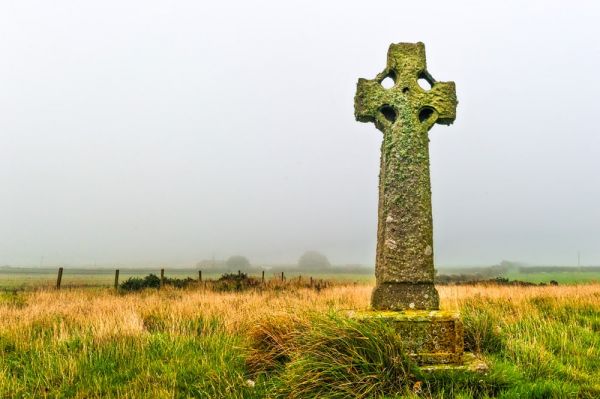 On 13 July 1680 a battle took place just outside Wick in Caithness, between Clan Campbell and Clan Sinclair. The Battle of Altimarlach is considered the last feudal clan battle in Scotland. The site is marked by a Celtic cross erected in the late 19th century and is easily reached via a short walk off the B874 roughly three miles west of Wick.

The last clan battle was fought between Clan Campbell and Clan Sinclair over who had the right to inherit the lands and title of the Earl of Caithness. The main protagonists were Sir John Campbell of Glenorchy and George Sinclair of Keiss.

The background to the conflict is somewhat muddied, as accounts differ, but the essentials are this.

George Sinclair, 6th Earl of Caithness, was heavily in debt. Sometime between 1672 and 1676 he either sold his estates or assigned his title and estates to one of his principal creditors Sir John Campbell of Glenorchy. When the Earl died, Glenorchy married his widow and was declared Earl of Caithness in 1676 or 1677. 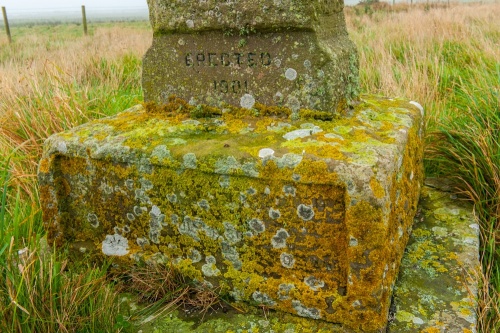 George Sinclair of Keiss objected, claiming that the estates of Tister and Northfield were his through inheritance from his father. He seized the estates by force in 1678.

Both men's claims were submitted to a team of four prominent solicitors, who found for Campbell. This decision was ratified by King James II of England (James VII of Scotland) and by the Privy Council of Scotland.

The king's support made little difference, as most of the nobility of Caithness supported Sinclair. Glenorchy was viewed as an outsider, an interloper who had cheated the old Earl out of his lands and title.

Details of what happened next are confused and accounts at the time differ, but it seems clear that Glenorchy invaded Caithness with a force of men numbering up to 1100. Sinclair, on the other hand, had a core group of some 400 men. This number swelled to as many as 1500 by the time battle was joined outside Wick, but most of Sinclair's supporters had no military training and no knowledge of tactics. So, while the Sinclairs may have outnumbered the Campbell's it was an uneven match from the start.

The two sides came together near Stirkoke, but Glenorchy, realising that his men were tired after a 30-mile march, withdrew. The Sinclairs, thinking they had gained the upper hand, marched to Wick and spent the night celebrating. 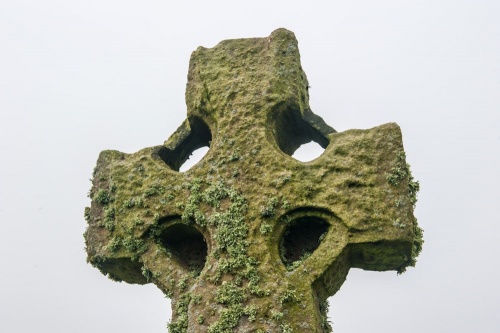 The following morning, Glenorchy led his men across the Wick River near Sibster. The Sinclairs hastily dragged themselves out of their half-drunken stupor and marched up the river to meet them.

Glenorchy hid a large number of his men in a deep gorge and enticed the Sinclairs to cross the river towards his main body of soldiers. The Sinclairs, ignoring the advice of the one trained soldier in the midst, Major Sinclair of Thura, rushed across the burn towards the Campbells. The hidden men then sprang from their concealment and fell upon the Sinclairs.

The result was predictable; the Sinclairs were slaughtered, many of them drowning in the river and the rest cut down in the surrounding fields.

Accounts vary as to how many men died in the short-lived battle. The lowest estimate is 80 Sinclairs, while the highest is 200. A highly doubtful account says that so many died in the river that the Campbells were able to cross from one bank to the other without getting their feet wet by stepping on the bodies of the fallen foes.

Well, that's a tough one to answer. The Campbells of Glenorchy routed the Sinclairs at Altimarlach, so technically, the Campbells won. However, after the defeat, George Sinclair took the peaceful route and applied to the courts. He won his case and was awarded the Earldom of Caithness. So, though he lost the battle, he gained the Earldom.

As for Glenorchy, he was awarded the Earldom of Breadalbane as compensation for having to give up Caithness.

Was it the last clan battle?

The Battle of Altimarlach is frequently referred to as the last feudal clan battle in Scotland. Yet another battle between warring clans took place eight years later. The Battle of Mulroy was fought in 1688 near Roybridge, in the Braes of Lochaber, between Clan Macintosh and Clan MacDonald of Kappoch. The MacDonalds were supported by Clan Cameron.

You could also argue that the Glencoe Massacre of 1692 was a clan battle, though events at Glencoe were muddied by religious differences and the indirect involvement of the government in London.

The inscription around the base of the cross is very worn and almost illegible in places. It appears to read, 'Erected 1901. The Battle of Altimarlach was fought around this cross 13th July 1680. The last feudal battle in Scotland'.

When we visited, the inscription was so covered by lichen as to be completely obscured. According to the Imperial War Museum, the cross was unveiled in a ceremony on 25 July 1899, which seems odd, as the date on the cross appears to read 1901.

The cross stands 1.5m high and is made of granite. 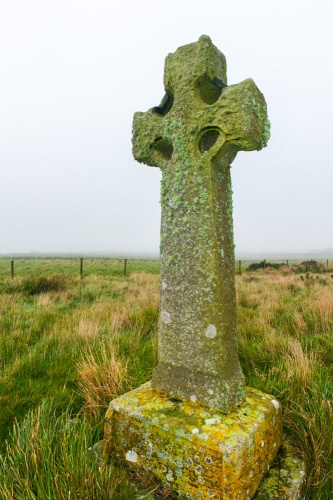 Another view of the cross and battlefield

The battlefield cross stands on the edge of a farm field on the north bank of the Wick River, south of Altimarlach Farm. From Wick, take the A99 towards Thurso and turn off onto the B874 at Lochshell, just past the Wick Business Park.

The road takes a mild left turn and then an even milder right turn. Just past the slight right-hand bend is a field boundary on the left, with a metal farm gate. There is enough space for a vehicle to pull off onto the verge. There is no sign, but you can see the battlefield cross in the distance, beyond the end of the field.

Please take care, be sensible to the farmer's needs, and close the gate behind you. Follow the field boundary to the battlefield cross. It will take no more than five minutes to reach the cross.

Be aware that there are no visitor facilities, and, when we visited, no information panels to provide any context about the battle or the cross.

Nearby accommodation is calculated 'as the crow flies' from Altimarlach Battlefield and Cross. 'Nearest' may involve a long drive up and down glens or, if you are near the coast, may include a ferry ride! Please check the property map to make sure the location is right for you.

More self catering near Altimarlach Battlefield and Cross

More bed and breakfasts near Altimarlach Battlefield and Cross