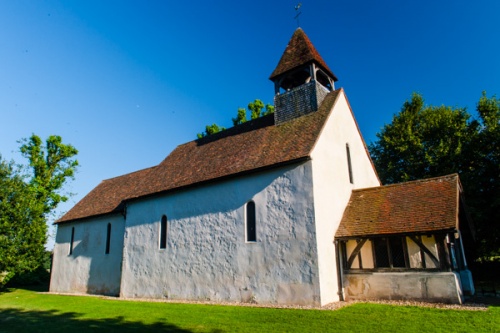 St Mary's stands at the end of a rural lane, north of Warlingham, across from Farleigh Court manor house. Farleigh is more a hamlet than a village, and the church reflects that; it is tiny, with a simple rectangular nave and chancel, and a shingled west tower. 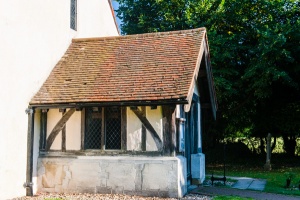 The building is primarily Norman, built in the late 11th century, making it among the earliest historic churches in Surrey still in use. The chancel was extended in the 13th century and a very attractive west porch of timber added in the 16th century.

There is a timber bell turret over the west gale and entrance is through the west porch directly into the nave. The west door is Norman, with one order of shafts rising to simple block capitals.fields.

The major feature inside the church is a memorial brass to a London merchant named John Brock (d. 1495) with his wife and five children. There is also a marble monument on the north nave wall to Robert Shawcross (d. 1772). There are numerous small lancet windows surviving from the original Norman church with two 12th or 13th-century windows in the east wall.

Though some restoration work was carried out in the Victorian period, St Mary's remains essentially untouched by the passage of time and is an idyllic country church in a wonderfully peaceful location looking out across farm fields. 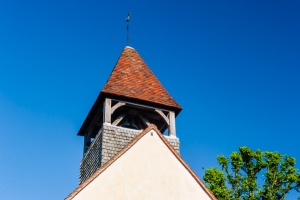 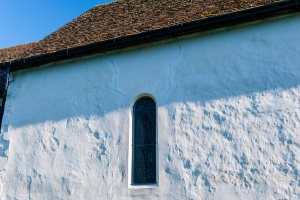 Norman lancet in the nave wall 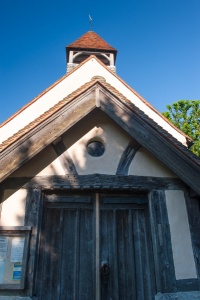 More self catering near Farleigh

More bed and breakfasts near Farleigh