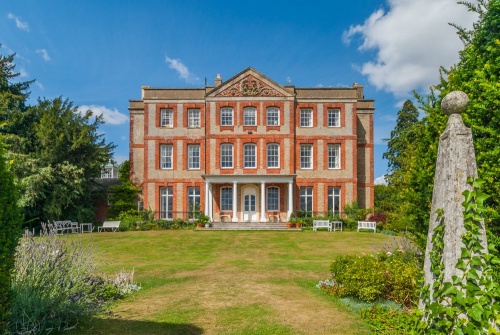 Ardington House is an early 18th-century house in elegant Baroque style, set in quiet lawns and terraced gardens. The house was built for the Baring family, prominent merchants and founders of the bank of the same name. It is still a family home, and has a pleasant, relaxed feel about it that perfectly suits its quiet, riverside location in rolling Oxfordshire countryside.

Ardington was begun in 1720 by the Strong brothers, though the house was later acquired by the Baring family of merchant bank fame. The design is simple and symmetrical, composed of three stories, with a pedimented centre section that stands proud of the house wings.

The result is pleasing and unpretentious, a fine example of early Georgian style, and quite moderate in size when compared to more overwhelming Oxfordshire stately homes like Buscot or Blenheim. 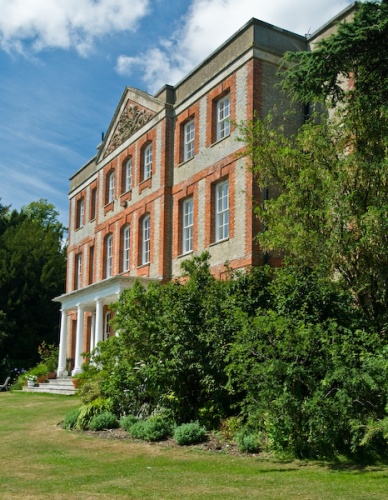 The most prominent interior feature is the curvilinear imperial staircase, which splits in two, and rises from the entry hall in a gentle sweep until the two halves of the stair rejoin at a landing, where windows overlook the lawns below and the meandering Lockinge Brook beyond. The newel posts of the staircase are topped with fanciful carvings of acorns. The effect is quite beautiful and almost worth visiting Ardington on its own!

Beyond the staircase, the tour of the interior takes in the panelled dining room, called by John Betjeman, "the nicest dining room in Oxfordshire", the drawing room, and upstairs bedrooms. There is period furniture throughout, though much of the original Georgian panelling has been replaced by mid-Victorian work. Throughout, the rooms and passages are hung with portraits of the Baring family. 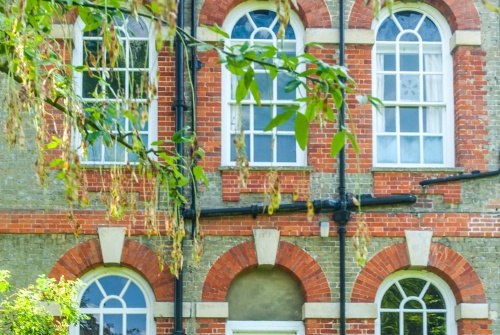 The side of the house

One of the most pleasant aspects of a visit to Ardington is its informal atmosphere. Visitors are generally taken around the house by the owner. This is in startling contrast to some of the more impersonal tours of grand country houses which can occasionally leave visitors feeling cold.

By contrast, we were greeted by the owner of Ardington on our entry, and to our delight, she offered us fresh, home-baked biscuits. Try getting that sort of personal greeting at other stately homes!

After a quick munch, the owner guided the Britain Express family around the house interior and the grounds, telling us about the history and people who used to live there. It was quite a delightful visit, and we left feeling very welcome indeed.

The grounds of Ardington are quite small. There is a lovely terrace at the rear of the house, with steps leading down to water meadows, and eventually to the Lockinge Brook, where swans float peacefully. To the front of the house there are several cleared areas ringed with trees, but nothing along the lines of what you'd call developed garden areas. 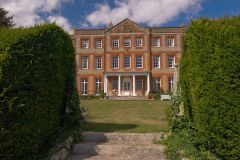 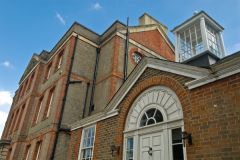 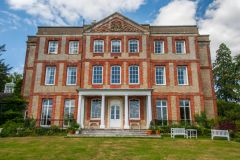 More self catering near Ardington House