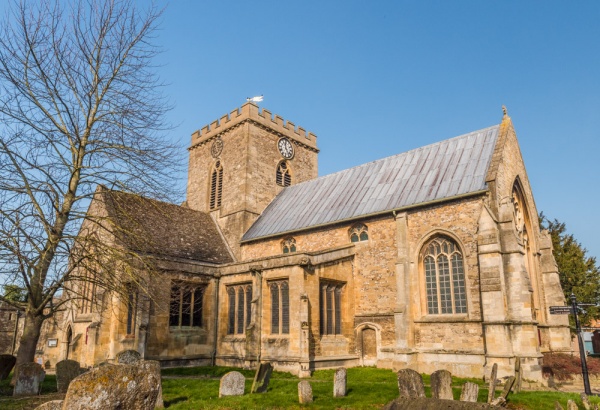 There was a church in Wantage at least as early as AD 950, when it is mentioned in the will of a Saxon noblewoman. Alfred the Great was born in Wantage a century earlier and was probably baptised in the same building.

The extremely large and imposing church we see today dates to the 13th century, with much remodelling over the following two centuries. It was heavily remodelled by George Street in the Victorian period, when a large east window was added.

The sheer size of the church is testament to the importance of Wantage as a market town and focal point for the Vale of White Horse. 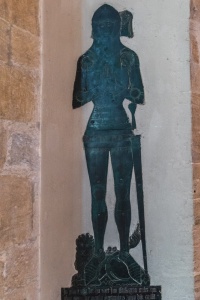 The church is cruciform in design, with a large central tower and large transepts to the north and south. On a crossing pillar is a life-sized memorial brass to Sir Ivo FitzWarin (d. 1414). FitzWarin was a famous soldier in the wars with France, but he is best remembered as the father-in-law of Dick Whittington, three times Lord Mayor of London.

In the chancel is an effigy of Sir William FitzWarin La Frere, Sir Ivo's father, who died in 1361, with his wife Amice. The elder FitzWarin fought at the battles of of Crecy and Poitiers, and was lord of Wantage Manor. Note the garter on Sir William's leg; he was the first Knight of the Order of the Garter to be named after the founding members.

Near the FitzWarin tomb niche is a 1621 tablet to John Wilson and his wife Mary.

Opposite the FitzWarin tomb is an ornate 1684 monument to a wealthy tanner named William Willmot. Also on the south wall is the brass of a priest, dating to 1330. Another brass to a priest is set on the north east crossing pillar. Other brasses in the church include that of William Talbot (d. 1522) with his 2 wives and 9 children, and a brass tablet to Roger Merlawe dated 1459. 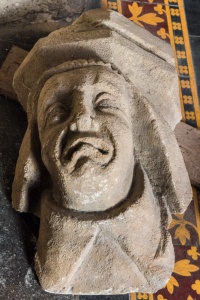 Carved head in the chancel

Also in the chancel are 17 medieval misericords dating to the 15th century. Some depict angels holding heraldic shields. The shields are now blank but must originally have been painted with coats of arms to local families. Other misericord carvings depict foliage designs, a double-headed eagle and a pelican plucking her breast. At the west end of the chancel are the remains of a 15th-century rood screen, and further late medieval oak screens separate the chancel from the side chapels.

The spacious nave is notable for its 15th-century hammer-beam roof, supported on corbels carved like faces. On one wall is a monument to the Stampe family, with the visual pun of horses stamping their hooves. In the south-west corner is a very fine decagonal 14th-century font. Hanging over the central nave aisle is a lovely 18th-century brass candelabra, and in the south porch is a section of a Saxon cross-shaft with traditional interlace carving.

I've been lucky enough to visit St Peter and St Paul's three times now, and each time I come away more impressed. This truly is one of the finest parish churches in Oxfordshire.

The church stands just a few steps from the busy market place, opposite the Vale and Downland Museum. Poet John Betjeman worshipped here, and a short walk from the church brings you to a small public garden named in his honour. 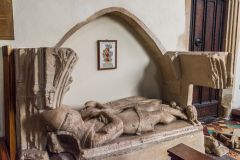 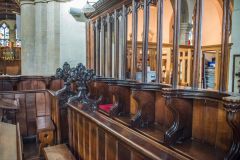 More self catering near Wantage, St Peter and St Paul