Biggleswade Castle
A rare ringwork and bailey castle, there is little to see beyond minor earthworks. The location of the castle was not discovered until 1954 when aerial photography revealed the outline of the earthworks. Excavations were undertaken in the 1960s, but the site has since regrown.

In 1954 Professor Kenneth St Joseph of Cambridge University was flying low over the area around Biggleswade in Bedfordshire. He saw from the air what was not evident on the ground; clear signs of a ringwork-and-bailey castle.

The inner bank of the ditch was probably topped by a wooden palisade. Inside the palisade would be the most important buildings on the site, also of timber. The outer bailey ditch enclosed a wider area where secondary buildings stood. The Biggleswade site is one of only 60 ringworks with surrounding baileys in England.

We know very little about the castle's history and are not even sure who built it. The castle was almost certainly erected during The Anarchy; the Civil War between the forces of Queen Maud and King Stephen in the early 12th century. The site must have been chosen because it stood on a raised gravel island overlooking the Ivel Valley, which was a major transportation route in the medieval period.

Excavations took place in 1962 when the nearby A1 bypass threatened the site. This was followed by a brief investigation in 1968. Together these studies found evidence of timber posts for wattle and daub buildings, and sherds of pottery. On the ground you can just make out the central mound and traces of the ditches.

The short answer is that we don't know. The lord of the manor at Biggleswade at the time of the Anarchy was Ralph de L'isel, so it seems most likely that he built the castle as protection during the turbulent Civil War. Another possible is Bishop Alexander of Lincoln. Henry I granted the manor of Biggleswade to the Bishop in 1132 to provide income for the cathedral, so the Bishop would have had an interest in preserving his property when trouble threatened after Henry's death.

The castle is located immediately east of the A1 bypass. A footpath goes directly beside the site. The footpath starts at the end of Mill Lane on the western edge of Biggleswade, crosses the river, and runs in a westerly direction. After about 400 yards the path forks. Take the right fork and you will see the castle beside you on the right (north) side of the path.

More self catering near Biggleswade Castle >> 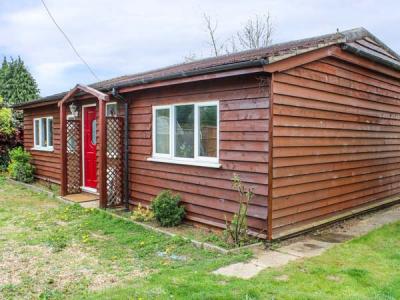 This is a lovely detached lodge near to the town of Biggleswade in Bedfordshire and can sleep four people in two bedrooms.
Sleeps 4 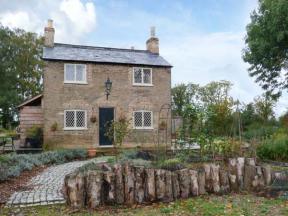 This detached cottage situated on the owner's estate is one mile from the market town of Biggleswade and sleeps four people in two bedrooms.
Sleeps 4