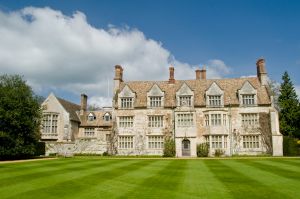 Once a medieval Augustinian priory, then an Elizabethan manor house, Anglesey Abbey was restored in the early 20th century by Lord Fairhaven to create a richly decorated showcase for his eccentric collection of fine art. The house retains parts of the original medieval buildings and Elizabethan decoration.
History
Sometime in the 12th century a group of Augustinian canons established a simple hospital at Anglesey, near Newmarket. A medieval hospital did not necessarily mean a place to treat illness, as it does today. It would have also served as a resting place for pilgrims.

Despite the name, Anglesey was never an abbey, but a priory. The earliest written records we have of a monastic settlement comes from 1212, when Richard de Clare, Earl of Gloucester, gave half the income of Bottisham to the canons of Anglesey.

The first known prior was named in 1222, and by 1237 the community at Anglesey was a fully functioning priory. The canons must have erected their monastic buildings with great speed, a fact which seems to have alarmed the Bishop of Ely, for in 1237 the prior was required to sign a deed promising that he would not incur a debt of more than 60 marks without first gaining approval from the Bishop. Clearly, the Bishop did not want the canons getting into financial difficulties! 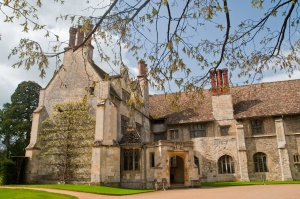 The House
All was not plain sailing for the canons; in 1296 a lay servant was accused of living with a woman within the abbey precinct, and in 1298 the prior was forced to resign after accusations of extravagance and incontinence (i.e. given to a life of pleasure).

The priory was never terribly rich, and thus it was among the first monastic houses to be suppressed by Henry VIII in 1536. Most of the monastic buildings were pulled down within a few years, but in 1591 the Fowkes family purchased Anglesey and built an Elizabethan manor house within the ruins.

The former chapter house and dormitory were incorporated into the manor, creating a T-shape layout of two wings. The north range may have been the abbot's lodging, with a long hall over a vaulted undercroft. In the early 17th century the property was purchased by Thomas Hobson, a successful carrier from Cambridge whose habit of offering the first available horse to his clients gave rise to the phrase, 'Hobson's Choice' (that is, no choice at all).

During the 19th century the house was enlarged, and expanded again in the early 20th century by Lord Fairhaven.

The House
Lord Fairhaven was an enthusiastic collector, with eccentric tastes for a wide range of art objects and curiosities. The interiors of Angelsey Abbey resemble not so much a stately home as an idiosyncratic museum, a delightful jumble of curious objects and fine art. There is an outstanding collection of English and French clocks, displays of silver, and a vast collection of paintings. Lord Fairhaven had an obsession for paintings of Windsor Castle, and these are on display in the Upper and Lower Galleries. 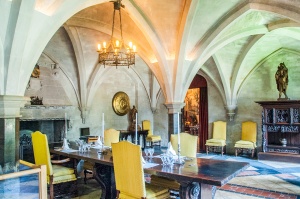 The medieval vaulted Dining Room
Among the best rooms on show is the Oak Room, an informal drawing room with an ornate plasterwork ceiling. The Library houses Lord Fairhaven's collection of rare books, but the bookshelves are just as interesting as what they hold; the shelves were made from elm timbers rescued from the foundation piles of Waterloo Bridge when the bridge was destroyed in 1934.

The best remnant of the original Augustinian priory is the Dining Room, which was once used as the entry to the house. Lord Fairhaven entertained guests here amid the vaulting pillars that support the low stone roof.

Gardens
This truly is a garden for all seasons. It was laid out by Lord Fairhaven in his own unique style, incorporating bits of the monastic estate as garden features. There is a formal garden, a winter dell, long treed avenues, and a riverside walk. The amazing thing about the gardens at Anglesey is how there seems to be a surprise around every corner, something unexpected and unusual. Many people come to Anglesey for its display of snowdrops in Spring, and there is an annual festival of snowdrops from late February through early April.

Lode Mill
At the far end of the garden is Lode Mill, a restored 18th century mill. Though most of the mill machinery is 'only' about 150 years old, there has been a mill on this site since the Domesday Book of 1086, and possibly as early as the 10th century. The mill was converted to grind chalk for cement in 1900, but by 1926 it was deserted and derelict. Lord Fairhaven purchased the mill in 1934 and restored it to its original purpose for grinding corn. Since 1982 the mill has been fully operational, and visitors can see corn being ground and purchase fresh flour. 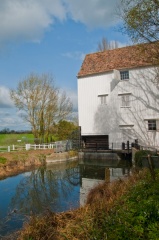 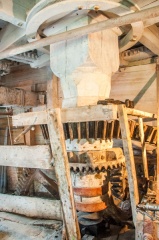 Garden: 100-acre garden and arboretum with something for every season, from hyacynths in springtime through dahlias in summer to the special winter garden. 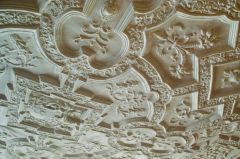 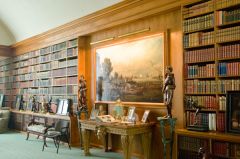 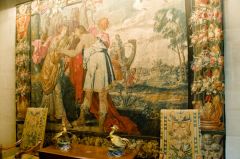 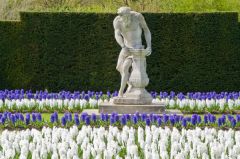 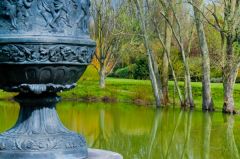 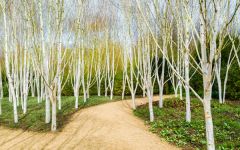 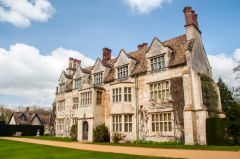 More self catering near Anglesey Abbey >>