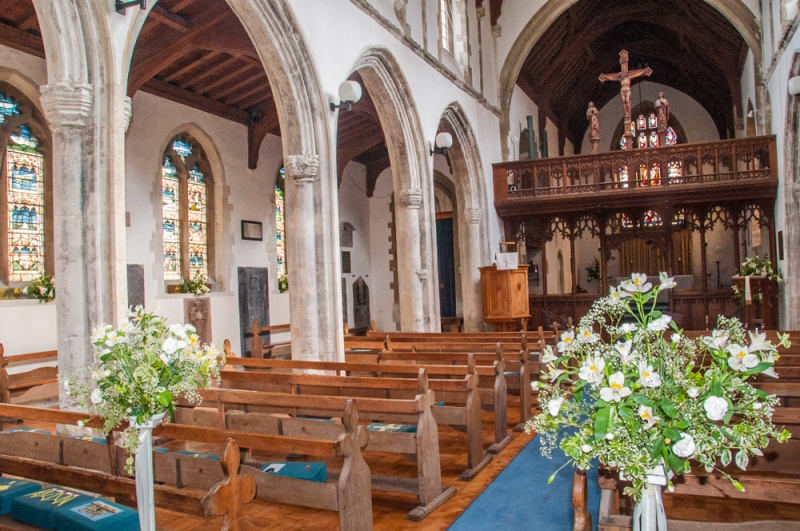 Two historic churches stand side by side in Swaffham Prior, sharing the same triangular churchyard. This rare arrangement is not unique, but it is unusual.

Why does a small village have two medieval churches in the same churchyard? The answer goes back to the medieval period, when the village was divided into two manors, one owned by the Abbot of Ely, and the other by the tenants of Count Alan of Brittany. St Mary's was built to serve the abbey's tenants.

Both churches have striking west towers with polygonal upper stages. St Cyriac's tower is 15th century and octagonal in layout, but St Mary's is Norman and rises to an unusual 16-sided upper two stages. The bottom two stages of the tower were built in the 12th century against the west wall of an existing church nave.

In the 13th century, the tower was heightened and the 16-sided sections added, and a slender spire was added a short time later. The early date of the tower lantern means that it is older than the famous lantern of Ely Cathedral. 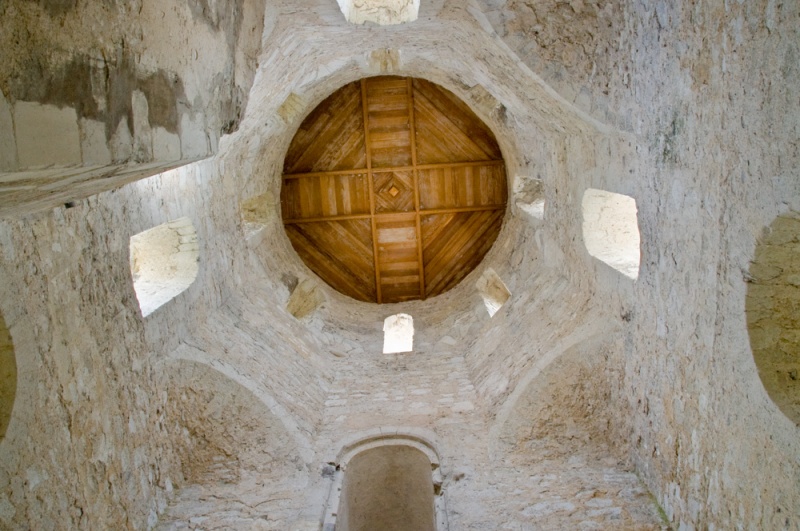 Inside the 12th-century tower

But back to the story of St Mary's. The collapsed spire destroyed the internal floors of the tower, so that it is now open to the roof, offering a rare glimpse of medieval tower architecture from the inside. A 15th-century spiral stair used to climb the interior to reach the bell chamber.

The 15th-century porch was the gift of the Tothill family, whose coat of arms used to decorate the fan-vaulted ceiling.

The tower arch is Norman. Look for two carved medieval faces in the nave wall near the arch. The plain font has a 13th-century bowl atop a modern base.

The church appears Victorian from the outside, the result of restoration by Sir Arthur Blomfield from 1878. The 12th-century chancel in particular suffers from the Victorian restoration. The exterior of the nave is Victorian, though the four-bay interior arcade is 15th century, in Perpendicular style. Between the chancel and north aisle is a medieval squint, retaining traces of its original paint. 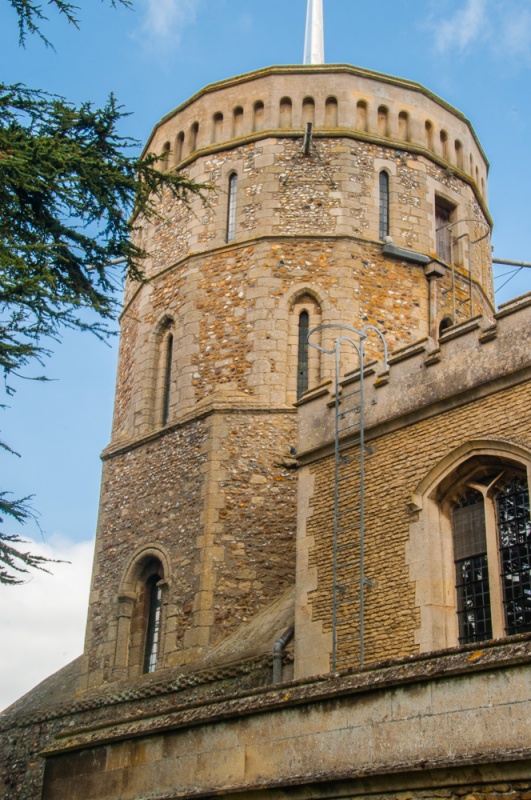 The beautifully carved rood screen dates to 1902 and replaces the medieval one. It is dedicated to the Allix family, squires of Swaffham Prior for 200 years.

The windows hold excellent early 20th century stained glass depicting local scenes and a rather odd north aisle window depicting First World War weapons such as airplanes, submarines, and tanks. One panel shows the Statue of Liberty in New York, above an inscription reading 'Nation shall not lift up sword against nation, neither shall they learn war any more'. So rather than glorify the 'victory' of WWI, the window seems to be making an anti-war statement. Very unusual for the time!

Some small fragments of medieval glass remain, set into the south tower window.

The oldest brass commemorates John Tothill (d. 1462) and his wife. He is shown dressed in armour. A later brass shows Richard (d. 1515) and William (d. 1521) Water, dressed in civilian robes. Another brass depicts a couple, but the inscription is lost so we do not know who they are. The final brass shows Robert Chambers in a Jacobean cloak and boots, in the act of praying.

Set into the floor of the Tothill Chapel is an ornately carved grave slab to Sir John Ellis (d. 1716), who served as Master of Gonville and Caius College in Cambridge. Other notable memorials include many to the Allix family as well as an armorial tablet to Martin Hill, a former rector, on the north aisle wall. Allix funeral hatchments hang in the south aisle. Those with shields and helmets denote a male Allix, while those with a simple diamond shape denote females.

St Mary's Church was open when we visited. 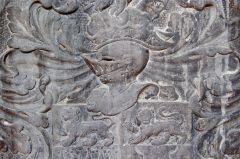 More self catering near Swaffham Prior, St Mary's Church

More bed and breakfasts near Swaffham Prior, St Mary's Church