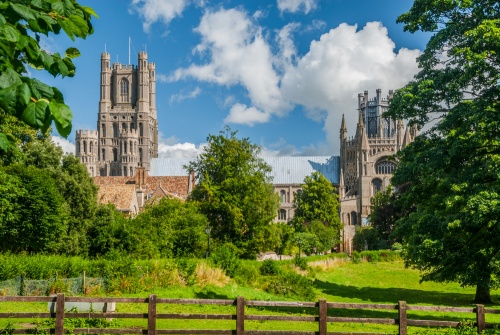 Ely began life as an island, effectively isolated by the surrounding fens. Its name means Isle of Eels, for the eels which swam in the waters surrounding it. So abundant were the eels that they were used as currency in the past. Imagine paying your rent in eels!

It was the isolation of Ely which attracted the last great "English" hero to hold out against the Norman invaders. Hereward the Wake used Ely as his base during his bitter rebellion against William the Conqueror. The rebellion lasted several years against the superior Norman forces, before Hereward was finally defeated, or as some histories suggest, bribed to stop.

It was not until the Fens were drained in the 17th and 18th centuries that Ely's isolation ended. The cathedral still rises above the surrounding flat land like a beacon, calling to pilgrims. 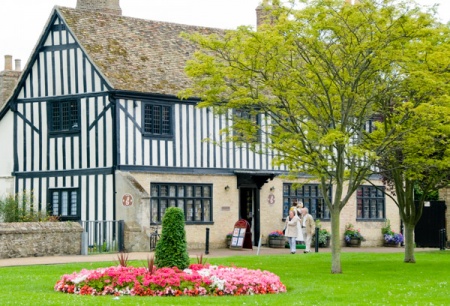 There is more to Ely than the cathedral, however, though the cathedral is reason enough to visit. Several fine medieval buildings grace the city, notably the Bishop's Palace, King's School, and St. Michael's.

Oliver Cromwell once lived in Ely, and his 14th-century half-timbered house is now home to the local Tourist Information Centre.

Near Ely is another remarkable church, this time in ruins. Crowland Abbey was once the grandest abbey in the country. It was founded by King Ethelbald of Mercia in memory of his kinsman, St. Guthlac, who lived here as a hermit until his death in 714.

Also, see our more in-depth look at Ely and the cathedral.

More self catering near Ely

More bed and breakfasts near Ely