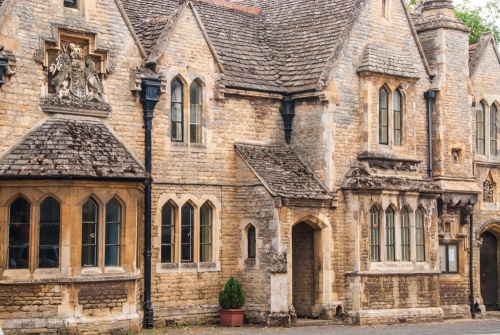 Thorney is the most northerly of the islands springing up from the fenlands of Cambridgeshire. As with many other fenland islands, Thorney was the site of a 7th-century monastic settlement. That early monastery was destroyed by the Danes. Here also Hereward the Wake made one of his last stands against William the Conqueror and his Norman invaders.

Those same Normans replaced the Saxon monastery with a new one. Little remains of that abbey beyond the west front. The abbey nave is now incorporated into the parish church and more of the abbey buildings now form part of the 17th-century abbey house. Over 140 tons of building stones from the abbey at Thorney went to build the chapel of Corpus Christi College, Cambridge.

A windmill dating from 1787 stands nearby, but much of the town is a product of the 19th century, with rows of terraced houses built by the Duke of Bedford.

More self catering near Thorney

More bed and breakfasts near Thorney