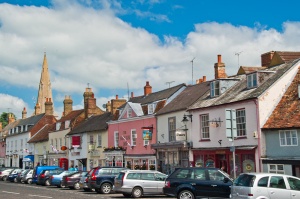 Kimbolton is a large village with an attractive High Street, but most people visit to see Kimbolton Castle.

The site was settled at least as far back as the Roman era, and at the time of the Norman invasion the manor was held by King Harold himself. After the Conquest, a castle was built at Kimbolton, under the control of the powerful de Bohun family. The De Bohuns were also responsible for funding the rebuilding of the parish church in the 13th century.

Kimbolton is most famous for its associations with Katherine of Aragon. The unhappy former queen died in Kimbolton Castle in 1536 after 4 years of imprisonment. The room where Katherine died is fittingly called "the Queen's Room".

The castle was greatly remodelled during the 17th century when it was in the possession of the Dukes of Manchester. A series of the most prominent architects of the day had a hand in remaking Kimbolton into a luxurious residence; Vanbrugh, Hawksmoor, and Robert Adam all had a hand in redesigning Kimbolton.

Kimbolton Castle is now a school, but group visits may be arranged; there are a limited number of public opening dates, see the website for details. 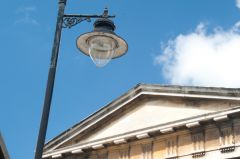 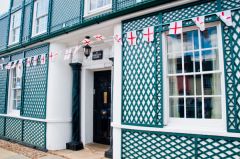 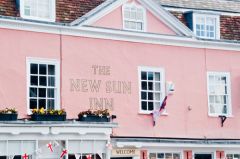 More self catering near Kimbolton

More bed and breakfasts near Kimbolton

Self Catering near Kimbolton