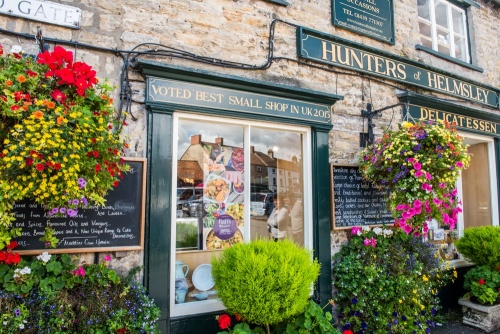 Helmsley is an attractive town on the southern edge of the North York Moors National Park. The ruins of 12th century Helmsley Castle stand on a rise overlooking the town. Nearby is Duncombe Park, built by John Vanbrugh for Sir Charles Duncombe. A few miles distant are the spectacular remains of medieval Rievaulx Abbey, overlooked by the National Trust's Rievaulx Terrace.

Helmsley grew up at the junction of a major road and a ford across the River Rye. The name means 'Helm's forest clearing', an indication that this area on the fringe of the North York Moors was once heavily wooded.

After the Norman Conquest Helmsley was owned by the Count of Mortain, half-brother of William the Conqueror. The manor later passed to Walter Espec, founder of nearby Rievaulx Abbey. Walter's heir was Robert de Ros, who gave Helmsley its Borough Charter in 1191.

The town was traditionally associated with the Earls of Faversham, who owned Duncombe Park, just a few minutes walk from the market place. 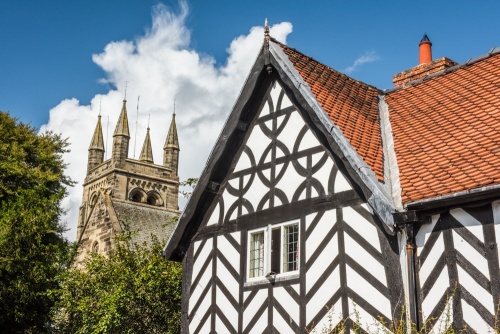 All Saints Church tower and a timber-framed building

A 10th-century hogback tombstone hints at the long history of All Saints Church. The oldest part of the church structure is the base of the tower, built in the 12th century. Most of what we see today is the result of a Victorian rebuilding.

The 12th-century chancel arch was spared by the Victorian restorers, while the nave arcades are also Norman. In St Aelred's Chapel are a series of medieval misericords, and at the back of the church is a slave's yoke, from a slave freed in South Africa in the 19th century. 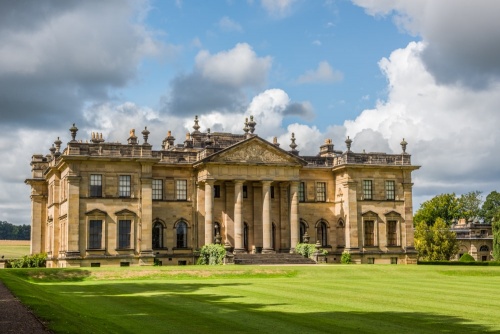 In 1711 Sir John Vanbrugh, the architect of Castle Howard, designed an elegant Baroque mansion for Thomas Duncombe, Baron Faversham. Duncombe Park is famous for its gardens; a formal garden is laid out beside the house, while a beautifully designed landscape garden stretches away into the surrounding parkland, with neo-classical follies acting as focal points in a picturesque design.

A trail leads from the mansion house, through the parkland, to Rievaulx Terrace, where the Duncombes laid out a terraced garden overlooking the ruins of Rievaulx Abbey. 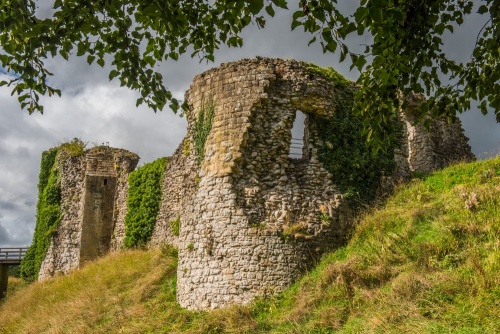 The ruins of a 12th-century castle are just a few steps away from the market place. Helmsley Castle was begun in 1120 by Walter Espec and extended by his heir, Rober de Ros. The medieval fortress was converted into a comfortable residence by the Manners family in the 16th century, and the residential apartments feature wonderful plasterwork ceilings and panelling.

Beside the castle is Helmsley Walled Garden, a beautifully-restored 18th-century garden once used to provide vegetables for the Feversham family of Duncombe Park. The garden was rescued from decay in 1994 to serve as a centre for horticultural therapy, providing a peaceful walled garden under the shadow of the historic castle.

I've visited Helmsley 3 or 4 times, and each time I'm struck by how attractive the area around the market is, with most buildings dating to the 17th-19th centuries. To have a castle, a stately home and garden, a medieval church, and a medieval abbey, all within walking distance of the town centre, is quite remarkable and makes Helmsley a delight to visit if you enjoy exploring heritage sites. 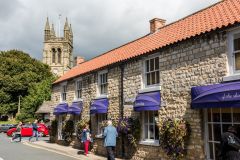 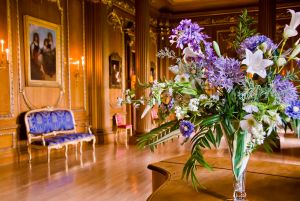 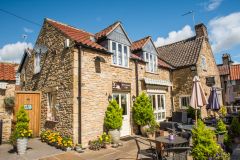 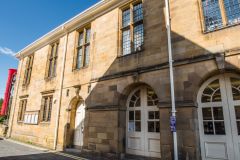 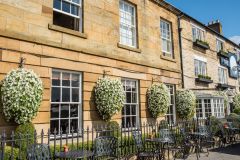 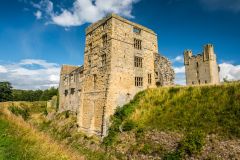 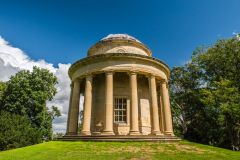 More self catering near Helmsley >>

More bed and breakfasts near Helmsley >>