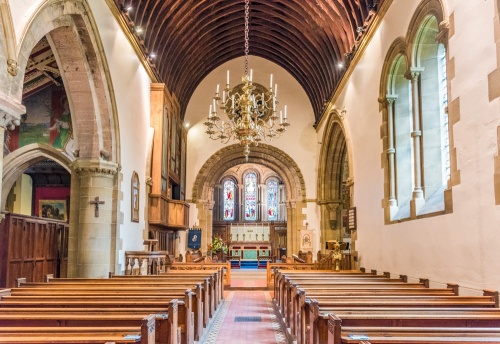 All Saints Church stands just off the busy market place in Helmsley. The building we see today was built in the 12th century, though there was certainly a church on this spot before the Norman invasion of 1066. Indeed, the churchyard was used as the market place before the coming of the Normans.

Legend tells us that St Aidan preached here in the 7th century, but there is no evidence to show when the first church was built. One reminder of the Pre-Conquest church is a 10th-century Viking 'hogback' gravestone. The gravestone is carved with traditional Viking interlace patterns.

That early church was rebuilt in Romanesque style in the 12th century. Two rounded arches remain from that 12th-century building; the south doorway and the chancel arch. The impressive south doorway is composed of five orders, with four sets of columns and voussoir stones decorated with traditional chevron carvings. 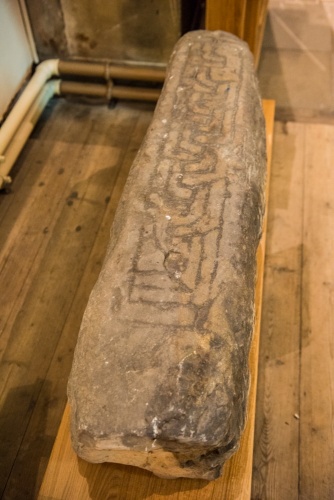 The chancel arch is another wonderful example of Norman architecture, with carved heads decorating the outer arch and chevrons on the inner arch. The arch capitals are carved with traditional beakhead beasts, as well as scrollwork and ram's head decoration.

The high altar, altar rails, and the reredos behind the altar were all carved by the famous Yorkshire craftsman Robert 'Mouseman' Thompson of Kilburn. Look for Thomspon's trademark mouse symbol carved into the woodwork in several places.

On the chancel wall is a war memorial commemorating the soldiers of the 22nd Dragoons, who were stationed at Duncombe Park in WWII.

There are several very good monuments, though only one of great age; a 16th-century memorial brass to Lord Ross of Hamlake. One wall monument is to Charles, Lord Feversham of Duncombe Park, who died in 1844. A much small wall tablet was erected by Lord Feversham in honour of his park-keeper Thomas Agar, who served him for 40 years. 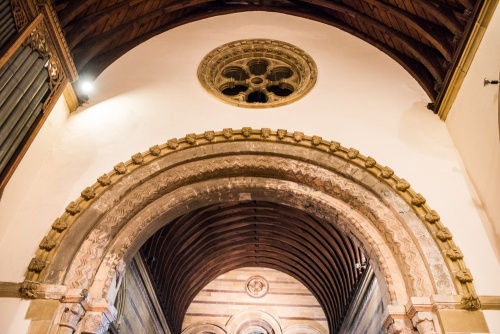 Look for a framed letter from the African explorer Dr Livingstone to Mrs Gray, the wife of the Bishop of Capetown, South Africa, thanking her for a gift of mosquito netting.

The original church font is now at Pockley. The font in use today is Victorian, installed in 1868.

The most unusual interior feature is a long wooden slave yoke, taken off a feed slave in South Africa. This is a long wooden pole with a forked end, used to control chained slaves as they marched. The forked end was placed on a slave's neck and the ends locked with an iron bar. The other end of the yoke was tied to another yoke. Family members would be tied to the same yoke, making it difficult for enslaved men to escape without leaving their families behind. In this way, a small group of guards could control a large number of slaves.

It is easy to think of slavery as something that took place far from England, but the truth is a bit more painful to consider. At the time slavery was declared illegal in 1833 there were some 800,000 slaves in Britain, owned by 33,000 slaveowners. 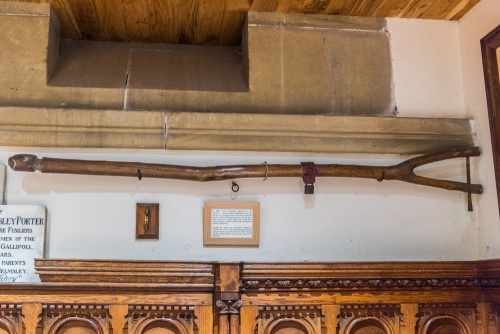 The Slavery Abolition Act in that year did not immediately end slavery; each slave was required by law to work four years without pay for their former owners, 45 hours per week, as a way to ease the 'burden' of the transition on the owners (who were also compensated financially to the tune of £20 million). Contrary to what you might imagine, those owners were not necessarily aristocrats; many were ordinary middle-class shopkeepers, tradesmen, and clergy.

Near the slave yoke are three medieval pikes, used by constables to keep order when fairs and markets were declared open at the market cross in Helmsley.

Perhaps the most striking interior feature is one of the most recent; a series of Edwardian murals covering the north aisle wall. These murals tell the story of how Christianity spread in the Helmsley area, based around a series of trees with branches for each diocese and parish.

The Helmsley tree branches show the local parishes while the York tree depicts each diocese and the date of its foundation. The Rievaulx tree shows Rievaulx Abbey with a branch for each daughter house. 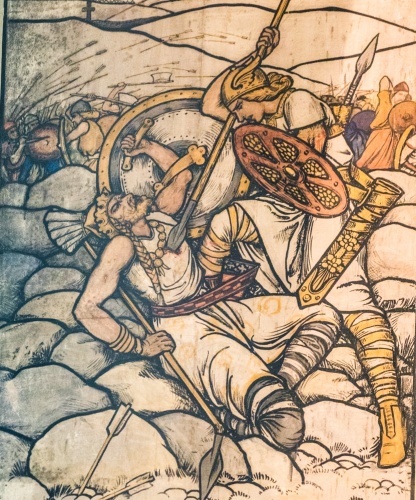 The Battle of Heavenfield mural

There are more exceptionally rich murals in the south transept chapel. These paintings tell the story of St Aidan and St Oswald and how they brought Christianity to the north-east of England. The stained glass windows continue the story.

Part of the painting shows St George slaying a dragon, which represents the triumph of Christianity over paganism. Above the dragon are the names of Norse gods like Thor and Woden. Another part shows St Oswald's triumph over the pagan king Cadwallon at the Battle of Heavenfield, Northumbria, in AD 634. The murals were painted in 1907 by a London artist named Gast and designed by Rev CN Gray.

The south transept altar boasts a stunning gilded reredos with a crucifix against a background of stars under a deep blue canopy. The ceiling was designed by Temple Moore, a student of Sir George Gilbert Scott. 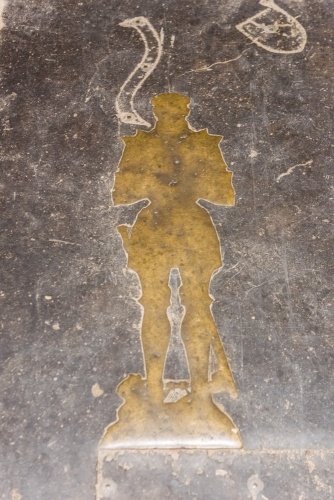 The north aisle windows have stained glass panels depicting the life of Walter l'Espec, the Norman lord who built Helmsley Castle and founded Rievaulx Abbey. There are also windows telling the story of St Columba's missionary work in the region.

All Saints is a fascinating historic building. The Victorian and Edwardian wall paintings are outstanding, and certainly make the church colourful. Compare them to the remarkable medieval paintings at Pickering, just a few miles to the east.

All Saints Church is just off the market place in the centre of Helmsley, a stone's throw from the market cross and the entrance to Helmsley Castle. There is no dedicated parking but there is parking in the market place and there is a large pay and display parking area off Church Street. The church was open when we visited. 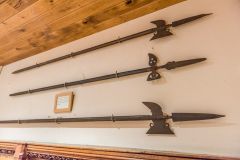 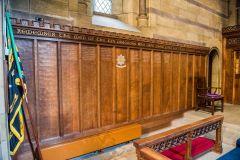 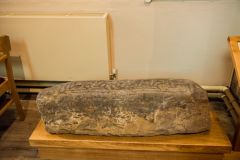 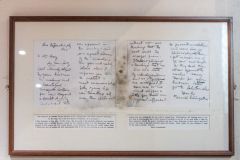 More self catering near Helmsley, All Saints Church

More bed and breakfasts near Helmsley, All Saints Church