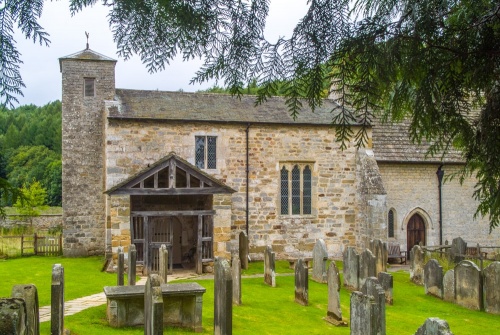 There has been a church at Kirkdale since around AD 750, making it one of the earliest churches in this part of Yorkshire. The present late-Saxon church dates to between 1055-65 and features a remarkable 11th-century sundial over the south doorway.

We don't know exactly when the first church was built at Kirkdale. It may have been a daughter house of the monastic community at nearby Lastingham, which was founded in AD 659. The first church at Kirkdale was a minster, or mother church for the region. It may have included a chancel - a rarity for Anglo-Saxon churches.

Surviving from that early building are two finely carved 8th-century stone grave covers inside the church. The quality of the carving suggests that the church had wealthy patrons, perhaps of a locally royal family. 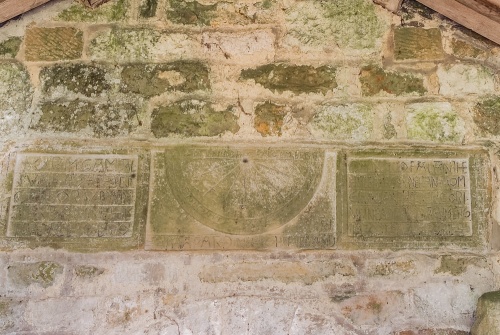 The Anglo-Saxon sundial and inscription plaques

The Friends of St Gregory's Minster Kirkdale suggest that at least one of these 8th-century patrons may have been venerated locally as a saint. There are also three fragments of Anglo-Saxon cross shafts built into the church walls. These cross shafts date to the 9th and 10th centuries.

It seems likely that the minster fell into ruin, perhaps as a result of Danish raids. We know that the church was rebuilt around 1060 because the church patron left a reminder in the form of a sundial flanked by carved panels over the south door. 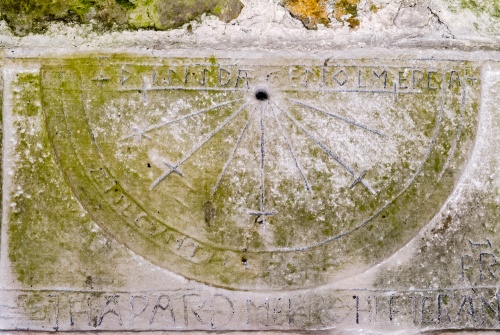 A closer look at the 11th-century sundial

The sundial is an extraordinary survival. It is remarkably intact because it was covered by plaster for seven centuries and then protected from weathering after the south porch was added. It only came to light again in 1771 when the plaster was stripped away.

The sundial is in three sections. The centre section is a semi-circle with a hole for a gnomon (pointer) at the top. Hour lines radiate from the gnomon to an inscription around the lower rim. The inscription translates from Old English as 'This is the day’s sun-marker at every hour'. Below this is another inscription translating as 'And Hawaro made me and Brand, priest'. So we know the name of the parish priest and the stonemason who crafted the sundial.

Flanking the sundial's centre panel are two more panels, each with an inscription. Together they read:

'Orm Gamalson bought St Gregory's Minster when it was all ruined and collapsed and he caused it to be made anew from the ground for Christ and for St Gregory in the days of Edward the King and in the days of Tosti the Earl'. 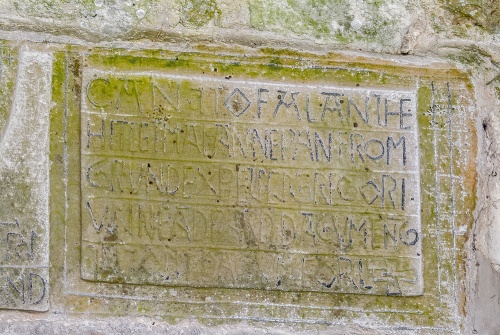 In other words, the church was in a state of decay when Orm Gamalson bought it (and presumably a surrounding estate) and paid for the church to be rebuilt. The inscription mentions Tosti (Earl Tostig of Northumbria), who ruled from 1055-1065, giving us a narrow date range for the church's construction.

The name suggests that he was a descendant of the Danish invaders who established a kingdom in the north of England with its capital at York. Orm was a man of status, for he married Aethelthryth, the daughter of Earl Ealdred of Northumbria. He was a major landowner in the Ryedale area. King Harold sent Orm's son Gamal on a mission to Earl Tostig after the Earl's rebellion in 1066, but the Earl had Gamal killed (only to be slain himself at the Battle of Stamford Bridge).

Also protected by the south porch are two ancient gravestones thought to date to the 9th century, another reminder of the Minster's great age. 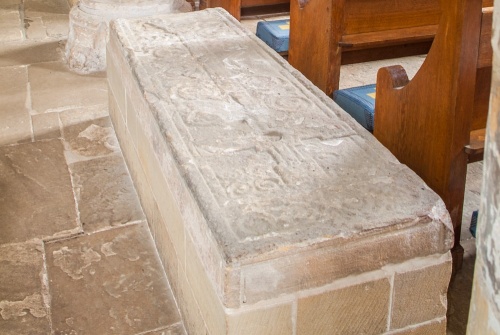 The nave has been very little altered since the 11th century. Look for narrow stone benches against the wall. These were used by old or ill worshippers in the days before wooden benches became common. Other worshippers would simply stand in the nave during services.

At the western end of the nave is the original Saxon doorway, a narrow, round-headed opening typical of Saxon architecture. The Saxon doorway is flanked by painted boards depicting the Lord's Prayer and Ten Commandments.

The church was widened in the 13th century with the addition of a north aisle. At the eastern end of the aisle is a painted royal coat of arms and at the western end is a 15th-century sculpture of the Virgin Mary and the Christ Child, discovered buried in the churchyard. Both Mary and Christ have had their heads lopped off, presumably during the religious turmoil of the Reformation.

Fragments of carved Saxon crosses are on display in the north aisle. Another stone has a carving of a bow, perhaps part of the gravestone of a medieval archer or huntsman. 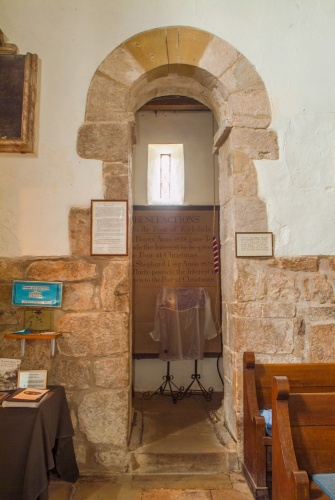 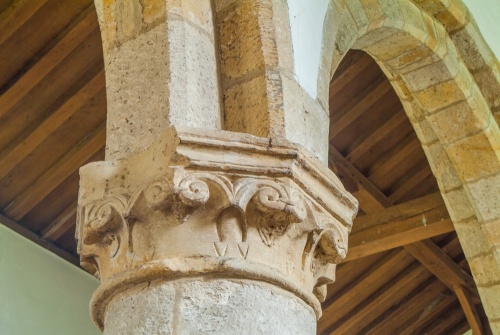 The church is signposted off the A170 just west of Kirkbymoorside and east of Nawton. It is usually open daylight hours. There is a large visitor car park. Be aware that Kirkdale isn't usually marked on road atlases (it isn't on ours). It is, however, on OS maps. The church is located at grid reference SE676857. The nearest postcode is YO62 7HF but that takes you well east of the church.

St Gregory's Minster is one of the finest historic churches in Yorkshire. The sundial is a remarkable survival, but there is so much more to see, including Anglo-Saxon grave covers, cross shafts, and carved stones. The church is well worth seeking out.